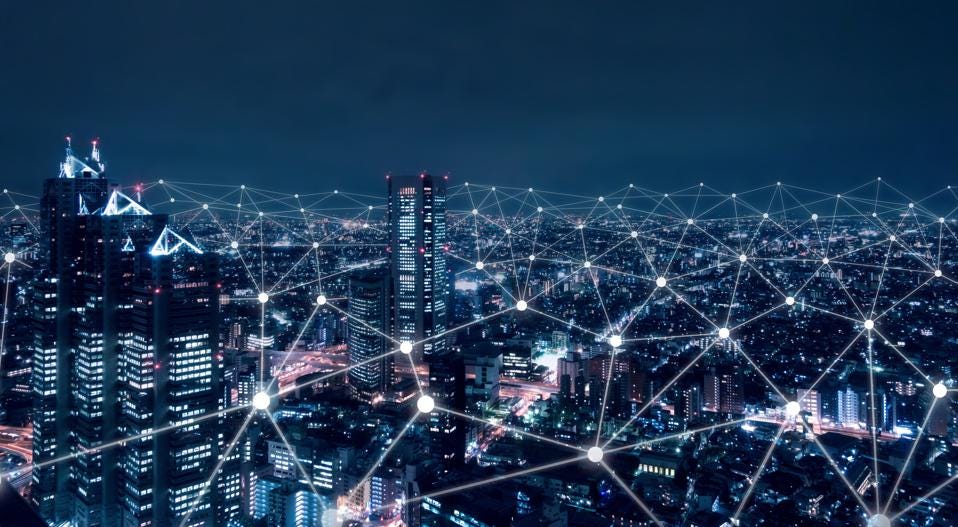 There is a tension at the heart of how we build our world. We want our buildings and infrastructure to last. The projects we’re starting today are supposed to be standing 20 or 30 years from now. We also need to reduce our emissions on a massive scale in the same timeframe. But the infrastructure we’re designing today is not ready for the zero-carbon world of 2050.

There is a tool that can help us get there: artificial intelligence (AI). It’s often used as a buzzword, conflating a wide range of algorithms in computer programming. But the ability of AI, and specifically machine learning, to recognize patterns and respond instantly might be the key to a future of sustainable infrastructure.

Here’s a simple example: turning lights off and thermostats down. This might be easy to do in individual households, but it’s a much more complex task for commercial buildings, 75 percent of which are not managed as efficiently as they could be. Facilities teams often need months to create models that can interpret sensor data and adapt lights and heating to work around the ebb and flow of occupants. AI systems can figure out these patterns within days, and respond to changes in those patterns just as fast.

Early warning for resilient grids
It’s not just buildings that can benefit from AI. With superior detection capability powered by machine learning, our power grids can become much more environmentally friendly, too. One of the lesser-known problems for grids is the occurrence of high-impedance faults, where a power line meets an object like a tree branch. This can easily cause forest fires that destroy entire ecosystems. Such faults are incredibly hard to detect simply because the lost power is so small that traditional systems don’t pick them up as critical. AI systems could identify a high-impedance fault by analyzing changes in the power flow of the grid. Siemens is currently working on exactly that kind of tool, which could act as an early warning system and prevent forest fires.

Even on the biggest scale, AI can make intelligent decisions that take the smallest details into account. The power grids of the future will rely on decentralized renewable energy systems — think solar panels and wind turbines installed all over the country, rather than a few dozen large power plants. Making sure the power gets from where it’s being generated — where the sun is shining and the wind is blowing — to where it’s needed will be a tightly-choreographed ballet. It’s the kind of task for which AI, with its ability to take huge amounts of data and recognize patterns in real-time, is best suited.

AI-assisted decision making
To building owners or grid operators, this might sound like a capital-intensive endeavor. In fact, the opposite is true: AI can often make more accurate assessments, faster, using fewer sensors, than a human team could. Owners can spend less on capital, get accurate results, and achieve a much quicker return on investment in the sensor technology that they install.

The challenge in making our infrastructure sustainable lies in the sheer amount of data that needs to be collected, parsed, and then acted on. As grids, buildings, and the rest of our infrastructures become more digital, the data generated by the physical assets increases exponentially. Operational teams can quickly lose oversight of what is happening to the assets they’re in charge of.

AI can handle this data, processing it and giving those teams a clearer picture with actionable insights. In this way, AI supports human decision-making instead of replacing humans in the decision chain. Further in the future, AI might start taking over low-level decisions. To get there, we will first need to understand what happens in the black box that is AI decision-making. This will be crucial for sustainability as well, as even now, buildings and grids don’t have the staff or time to make AI-recommended decisions fast enough.

Energy transition brooks no delay
Experts now agree that AI will have a key role to play in making our infrastructure capable of achieving climate targets. Not only is the importance of this technology undisputed – the question is whether it will even be possible to achieve a green transition to a sustainable, low-emissions global circular economy in a timely manner without AI. Especially when it comes to grid and building management, human abilities and know-how may no longer be sufficient to deal with the complexity of the challenges involved.

AI adoption is still young, but as we’ve seen with buildings, what we do now matters. We can’t delay the advancement and development of these systems. Once a building is built, it’s exceedingly difficult to redesign it with AI in mind. Only by designing and building our habitats with AI in mind will we be able to tackle our climate challenges head-on, and reach a greener future.