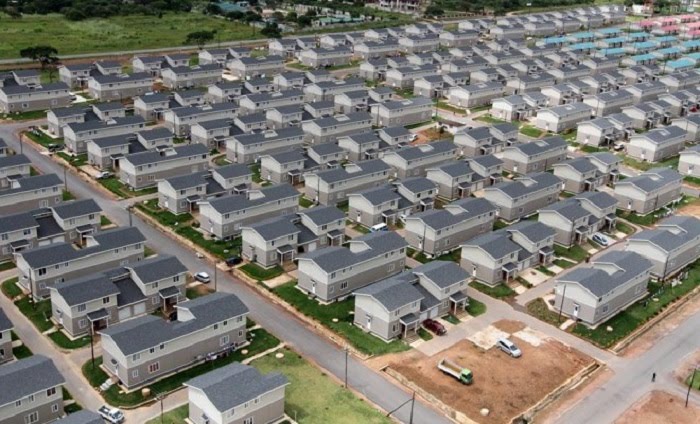 A pan African finance institution that supports the development of housing sector in Africa, Shelter Afrique, has pledged to invest billions of Naira in the Lagos housing sector.

This, the firm, said was part of strategies to reduce housing deficit in the country.

Muwowo, who led the management of the firm to the Ministry of Housing, said the firm was ready to collaborate with the state government to construct large scale housing project.

He said: “We are ready to embark on the housing projects. Each of our projects won’t be less than 1000 units. So long the state is ready for us, they give us land, and our team is ready for the large scale project. We raise money not only in the Nigerian capital market, we raise money globally once we are investing on good project and the good project is affordable housing. We don’t provide housing for those who easily go to the bank, we are looking for the common person. Our target is the provision of housing for the common people.”

Muwowo said the firm is set to begin housing project which is not less than 1000 units in each location of its projects, adding that the firm is specially committed to urban development and housing sector.

Shelter Afrique, he said, had raised the bond of N40 billion initially and was raising another one of N160 billion for the project, adding that the firm was at the stage of reaching out to the state on the partnership in the provision of other amenities that enhance the delivery of the project.

Commissioner for Housing Moruf Akinderu-Faitai said the partnership was in tandem with Governor Babajide Sanwo-Olu’s commitment to development of housing sector.

He added that the state was ready to work with any firm that shares its vision of provision of affordable mass housing projects for the residents.

Akinderu-Faitai, who also hinted that more housing units would soon be commissioned by Governor Sanwo-Olu, assured that everything would be done to ensure that housing deficit in the  state is reduced to barest minimum.