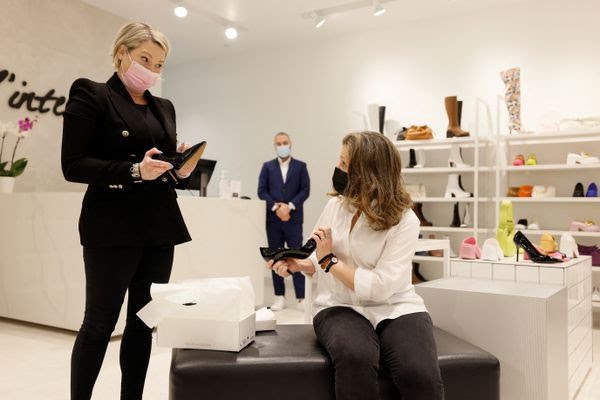 Finance Minister Chrystia Freeland will table a budget on Thursday that promises $10-billion to make housing more affordable for Canadians, provides $8-billion in new defence spending, and aims to spur economic growth through green initiatives and a small-business tax cut.

The spending on defence and housing will be allocated over about five years, a senior federal source said.

Business leaders have called on Ms. Freeland in recent days to rein in big-ticket spending to combat rising inflation, and to present an urgent action plan in the budget that makes economic expansion and productivity top priorities.

Ms. Freeland’s budget message will be that spending on plans for housing and the green economy – outlined in last year’s Liberal campaign platform – encourages economic growth. The affordable housing plan is the centerpiece of the budget. The senior federal source said it addresses concerns about the cost of living, and will help attract skilled immigrants at a time when businesses face huge labour shortages.

In addition to platform priorities, there will also be new money for Canada’s military, and action to address NDP priorities, such as dental care, that were part of a March co-operation agreement between the minority government Liberals and the New Democrats.

The source said Ottawa will boost defence spending by $8-billion over roughly five years, largely to upgrade the North American Aerospace Defense Command (NORAD), the continental defence system, and to buy weapons for Ukraine in its war against Russia. The additional money will not be enough to increase Canada’s military spending from the current level of 1.34 per cent of GDP to the 2 per cent requested by NATO.

David Perry, president of the Canadian Global Affairs Institute, has said Canada would have to spend an additional $17-billion annually to reach NATO’s target.

The source said the budget will also include a tax break for small businesses. This will involve easing the current phase-out rules related to accessing the small-business tax rate. Small businesses currently benefit from a tax rate of 9 per cent on the first $500,000 of active business income, compared to the 15 per cent corporate tax rate.

Access to that small-business tax rate under current rules starts to be phased out when taxable capital exceeds $10-million, and is fully phased out at $15-million. The senior federal source said the budget will adjust the phase-out schedule, but did not provide further detail.

Dan Kelly, president of the Canadian Federation of Independent Business, said his organization has long called for such a change. Mr. Kelly said on Wednesday that this would be “welcome news” and would encourage more small businesses to grow to medium-sized.

Ahead of 2022 federal budget, corporate Canada wants Ottawa to act on economic policy – not just talk about it

As promised during last year’s election campaign, the source said, the budget aims to tackle soaring prices for housing. The Liberals will spend $4-billion to build 100,000 new homes in urban areas by 2025, and $2.7-billion for low-cost and co-op housing. Ottawa will also create tax-free savings accounts to allow first-time home buyers to save up to $40,000, and a rent-to-own program. The total price tag is $10-billion over five years, the source said.

The source added that Ms. Freeland’s budget will also honour the Liberals’ election pledge to introduce legislation to impose a two-year ban on citizens of other countries buying residential properties when they do not live in Canada. The Globe and Mail is not identifying the source because they were not authorized to publicly discuss the budget measures.

Economists say money for low-cost housing will have a meaningful impact on affordability for the lowest-income Canadians. But they worry that providing money for first time home-buyers and other such measures will drive up the prices in an already overheated housing market.

Other budget measures include removing red tape to make it easier for companies to access federal research and development funds. Ottawa will also spend more than $3-billion to rapidly develop the production and processing of critical minerals needed to make electric vehicle batteries.

On climate change, a second senior government source said Ottawa will provide tax incentives to oil and gas companies to invest in carbon capture and storage. Budget measures will also include incentives to increase the use of hydrogen and renewable fuels, and to get Canadians and businesses to shift to zero-emission vehicles. The Globe is not identifying the source, who was not authorized to speak about budget matters.

The CEOs of RBC and Scotiabank have said Ottawa is not doing enough to promote long-term economic growth, and called for the 2022 budget to correct that. The banks have balked at the Liberals’ plan to introduce a 3 percentage point surtax on the financial sector in Thursday’s budget.

On Tuesday, Mr. Trudeau said his government is fiscally responsible, and the budget will keep the debt-to-GDP ratio on a downward path. That “will always remain, as one of our core fiscal anchors,” he said.

The size of the federal debt has nearly doubled, in dollar terms, during the pandemic, and is projected to reach $1.25-trillion in the 2022-23 fiscal year that began on April 1. The federal debt-to-GDP ratio has climbed from 30.7 per cent to 47.6 per cent during the pandemic. The government’s December fiscal update said the debt-to-GDP ratio would decline slightly over the next five years, reaching 44 per cent by 2026-27.

Private sector economists say stronger revenue forecasts since December likely mean that trend could be steeper, but it will depend on how much new spending is announced in Thursday’s budget.

Goldy Hyder, president of the Business Council of Canada, said he worries that more federal spending will add inflationary fuel to an already overheated economy.

“The last thing you want to do is overstimulate the economy,” he said. “You trigger inflation, and inflation disproportionately hurts the middle class and poor.”

Mr. Hyder said he expects Ms. Freeland will lay out a specific fiscal anchor that puts the ratio of debt to GDP on a downward trajectory. “It better be a real fiscal anchor, not something they made up,” he said.

William Robson, president and chief executive officer of the C.D. Howe Institute, said the cost of federal borrowing is cheap now, but interest rates are heading up and that will cost the Canadian economy.

“It is just not reasonable to run the debt up and not make it go back down,” he said. “The Bank of Canada is going to have to raise the overnight rate far more than I think most people appreciate.”

Other significant price tags in the budget include dental care and pharmacare, which were key elements of the Liberal-NDP agreement. The dental plan for low-income Canadians would start by covering children under 12 years of age in 2022, and expand next year to cover seniors and people with disabilities. All families with income under $70,000 would be fully covered and those with incomes under $90,000 would be partly covered.

Private-sector plans are “already more generous than the new government plan is likely to be,” he said, adding that he worries employers could scale back what they offer employees on the expectation the public plans will cover it.

Source : The Globe and Mail