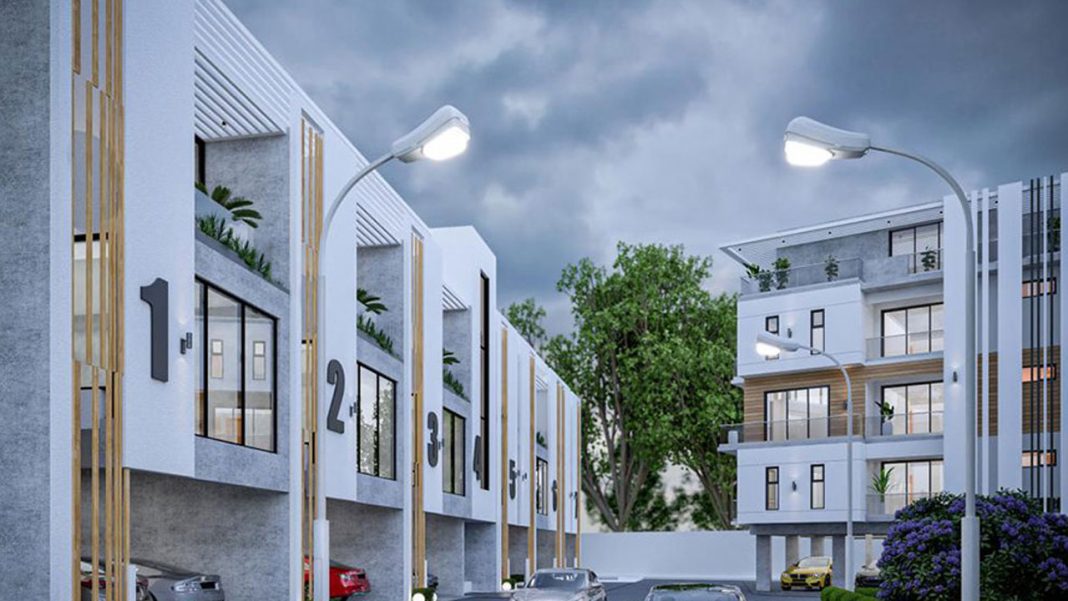 The Husssey Bay project is a 63-unit highbrow mixed residential estate strategically located in Mainland, Lagos. It consists of 13 terraces in opposite directions, 50-units of one, two and three bedrooms, all en-suite.

Speaking at the launch of the estate, the Project lead, Mainstone Construction, Mr. Gbemileke Peters, said the estate located on over 5,000 square metres of land would cater for the diverse needs of people in the area including students, newly wedded couples and fresh graduates.

He explained that the choice of the location was based on the serenity and the reality that it would be easy to sell to homeowners and those that love family dwellings.

“We have been working in Yaba for over 10 years and developed over 80-units of apartments in Lagos and created an identity in Yaba landscape,” he said.

Peters said the project would be completed in the second quarter of 2024 and 60 per cent of the construction has been completed, adding that it will be affordably priced.

On the rising building materials costs, he observed that there would be a need to evolve new techniques in local materials component development as seen in other countries.

Peters said: ” A lot of experiments need to be done by architects and stakeholders. Absence of that is a major setback to housing development in Nigeria. In trying new techniques, it might be expensive at the beginning, but when you get it right, it becomes more economical to traditional approach to things. More experiments will lead to cheaper costs of buildings.

“We could deploy a system of reducing how much concrete is used, but reinforce the building appropriately to reduce the cost of casting. Ensure value engineering in the configuration of the housing units to save spaces and number of windows to use.”

The Managing Director, Alphacrest, a marketing firm for the project, Akin Opatola, assured subscribers that the project would not be abandoned as necessary plans have been put in place for timely delivery.

“We have seen what the developer has done in other parts of Yaba and areas across the state. They deliver projects to quality and to specification demanded by subscribers.”

Prices of the units start from N20 million for a fully finished one-bedroom.