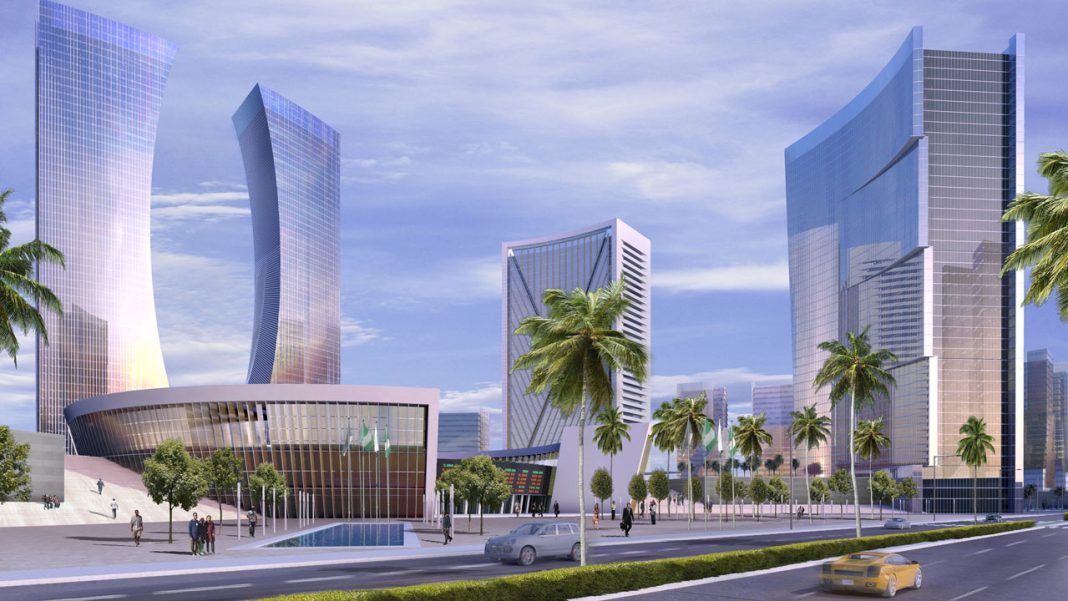 • Global market projected to reach $66,546 million by 2027
A new report has revealed that over 78 per cent of new construction will involve smart building automation and at least one facet of Internet of Things (IoT) and other related buildings technologies in the next five years.

It stated that the driving force remains the fact that commercial real estate owners are able to charge higher lease fees for intelligent buildings due to lower operational costs, support for improved safety, comfort, security and productivity for workers.

Smart or intelligent buildings are enterprise structure that is supported by software and systems to ensure more efficient and effective operations, enhance health and well being of the assets.

Featuring some of the world’s prominent firms such as BuildingIQ, CopperTree Analytics Inc, KMC Controls Inc, PointGrab Ltd, and others, the analyst anticipates that the economic environment of the next five years will be characterised as asset deflation and commodity inflation, which will place a high degree of emphasis on maximising the value of depreciating assets, while reducing the cost of inputs to production, service delivery and reducing commodities as a whole. In other words, enterprise asset values will go down while operational input costs for materials and energy will go up.

The report says it is important to note that roughly 83 per cent of legacy buildings in developed economies have issues that will require substantial retrofitting.

The smart buildings market consists of residential, warehouses, factories, office buildings, and other enterprises, industrial, and government structures. Intelligent structures leverage a variety of inter-dependent technologies such as Artificial Intelligence (AI), broadband wireless (including WiMAX, LTE, 5G, and indoor wireless such as improvements coming with WiFi version 6), cloud computing (including edge computing), and Internet of Things (IoT) networks and systems to improve operational efficiency and enable a safer and more productive environment.

According to the report, the post-COVID-19 world, will challenge building operations management in terms of public health compliance. Life cycle cost management for facilities will become a key factor in building selection for corporate giants.

It revealed that the key to success in the smart building market is to intelligently integrate data, systems, processes, and assets for enterprise and industrial operations.

“It is estimated that urbanisation will cause up to 51 per cent of global resources to be consumed by residential and commercial buildings by 2027. Of this amount, over 68per cent of global energy (mostly electricity, but also natural gas and fuel oil) will be used by enterprise and industrial facilities along with over 32 per cent of the overall global water consumed.

“Collectively speaking, residential dwellings, offices, educational campuses, indoor recreation, and public service facilities are where people in the developed world spend up to 90 per cent of their time. As urbanisation leads to increasingly smarter cities, buildings are an integral part of a city’s ecosystem and are increasingly shaping both the standard of living and the quality of life of inhabitants. Intelligent buildings lead to improved economics for both owners and users as well as improved satisfaction, safety, and well-being of occupants,” the report said.

In Nigeria, smart homes are getting more popular in cities due to the unique features and convenience it offers homeowners and subscribers.

Property developers, other industry’s stakeholders are also prioritising the design in their offering for the people. Smart homes are houses with high-end security features and have evolved to include features like lighting systems, gas leakage detectors, fire detection systems, entertainment systems and energy efficiency systems.

Automated homes have all electrical connections, functions and facilities that can be connected and controlled by a remote control, connected to cars, smartphone or a computer.

Experts told The Guardian that about 49 per cent of millennials in the major cities now have home automation devices as a component of their homes.

A senior official, Bilaad Realty, Abuja, Abdullahi Umar, disclosed that the market is growing in tandem with the general economy, which is a bit slow, adding that there is appetite for smart homes among the people.

He said the demand is gradually increasing because of issues of insecurity as people now leverage more on camera solutions in homes, automated door locks, sensor light controls, and biometric access.

“The market is growing but the greatest challenge is the awareness level of consumers. Developers primarily promote most of the issues of smart buildings and smart devices and the companies involved. The penetration is easier when the developers have already installed the devices in the homes for buyers. For those that doesn’t already have it in their homes, the chances are reduced,” he said.

Abdullahi, affirmed that the projection for the smart home market is strong because it is a growing market and globally, there is an increased appetite for leveraging technology to make lifestyle easier.

He said:” Technology is enhancing businesses and improving homes, as well as making life convenient for people With the advent of smart phones and other smart devices. He said a lot of companies are moving toward Enterprise Management System (EMS) where people through mobile phones can access company’s documents and mark attendance when they pass through the door.

The Chief Executive Officer, Poleis Realty, Abuja, Eskor-brown Odiongenyi, explained that the smart home’s market has recorded unprecedented growth in recent times as more people are embracing it based on unique features.

He said some of the home automation devices are now produced in Nigeria, while the devices are designed for different categories of people, including affordable ones, premium, mid-premium and luxury.

“Automation is segmented into three, security, entertainment and utility. The security component relate to unlocking your doors, sirens and others. Entertainment involves the sound system. There are homes you go to now that you would see people using remote to control their window blind. The consumption of smart home automation/devices is actually high,” he said.

On impact power challenge in the country, he said: “Some of components like doors use batteries, which can be recharged. In some part of the country like Abuja, if you walk down a street, within every three homes, you will see two are using solar power/inverters. When you recharge these gadgets, it can take months or weeks before you recharge them again. Everyday we see a lot of estate development ongoing in Abuja, Lagos and other major cities. I can guarantee that most of the homes at least comes with the basic home automation features as little as motion lightening sensors in homes. This means, the more the recent development, the more the usage of home automation features in Nigeria.”

The Chief Executive Officer, Estate Intel, Mr. Dolapo Omidire, said growth in the segment has not been sluggish, stressing that there has been increase in interest in Environmental, Social and Governance (ESG) in the past two years leading to many developers including sustainable features or getting certification from bodies like the IFC EDGE.

“Because ESG and sustainable/green building is topical. We will be seeing more activity in the space in the future. To grow the market we need to educate the public and ensure there are options for developers looking to adopt the tech. In a survey we conducted in Kenya. Green building consultants expect the market to grow by 30-35 per cent over the next three or four years. It’s hard to say where Nigeria will land but we can expect to trail the Kenyan’s market at the very least,” Omidire said.