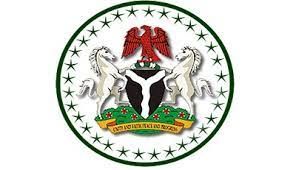 Mr Isaac Ighure, a former Editor-in-Chief of the News Agency of Nigeria (NAN), has called for more enlightenment for civil servants on the National Housing Fund for more workers’ benefit from the scheme.

Ighure, a retired civil servant, in a telephone interview with NAN on Saturday in Lagos, also called for review of mortgage policies due to inflation to accommodate low income civil servants.

He said he retired seven years ago but had to use heavy interest commercial bank loans while in service to purchase a government bungalow in Abuja because of inadequate information.

He lamented that upon completion of 35 years of meritorious service to the nation, he got an NHF refund of about N500 which he joked could hardly buy good quality pepper soup.

He said that the explanation offered for his low refund was that deductions from his NHF contributions were stopped because he became a director.

“Later I gathered that I didn’t ask them to continue deductions because Executive Director level is supposed to be either administrative or political. So, once you climb above director, they stop deductions, I didn’t know about that.

“At the end of the day, what I got after 35 years was five hundred and something Naira, What can N500 buy for you now,’’ he queried.

He said it was difficult during his service years to access Federal Mortgage Bank of Nigeria (FMBN) loans, adding that “many people are not even aware of what to do under the NHF’’.

“Government needs to create more awareness and maybe educate or enlighten workers on the benefits of the fund.

“Although, the objective is laudable, to enjoy it you have to live to enjoy the benefits. Government has to think of what to do to make it easier for workers to afford their own accommodation,’’ he said.

He lamented the skyrocketing prices of construction materials and land which had further weakened ability of workers to build their homes unlike in the past where civil servants could build gradually.

He called for longer term and low interest mortgages which were used in other advanced countries but not working in Nigeria.

“Workers are heavily disadvantaged when it comes to housing. Every worker needs housing, even when government builds some of these low cost housing, the rich buy them up and give out on rent at exorbitant rates,’’ he said.

Narrating his ordeal, Mr Deji Idowu, a retired broadcaster from the Nigerian Television Authority (NTA) told NAN the NHF programme of government was shrouded in a lot of secrecy that promoted fraud.

Idowu said he retired from NTA at the age of 57 after 35 years in service but was told he could not get refund of his contributions until his 60th birthday.

He said upon turning 60, he returned to collect his refund and was stalled by bureaucracy.

He said he was supposed to process payment through NTA’s in house mortgage institution but was given impossible conditions to make available pay slips of about 10 years and other inaccessible documents.

“Next, they said is that I should go and bring my passbook. I am supposed to have a passbook with NTA. I went there to finance, they said they can’t find my passbook,’’ he said.

He queried why civil servants should be ones to supply records that should be domiciled in the budget and finance ministries of the Federal Government or IPPIS.

He said the NHF deductions from workers salaries, like the pension funds, were not just sitting idle but were being invested and queried why workers did not get profit on contributions.

Idowu, now a lecturer in the University of Lagos, said that NTA staff could not benefit from the FMBN loans because they were told their poor salary structure disqualified them.

The former broadcaster called for more transparency and awareness on the scheme while civil servants should be paid better wages to benefit from NHF.

Some serving federal civil servants who spoke on conditions of anomity, said they did not understand the housing policies of the government.

One of the civil servants said that she benefited recently from a N5 million loan under the FISH scheme operated by the office of the Head of Service.

“We don’t understand anything but whenever they bring forms for any housing loan or scheme I just key into it. I have filled countless forms in the past until the last one that I got N5 million to build my own house.

“They said the FISH (Federal Integrated Staff Housing Programme) scheme is under the office of Head of Service,’’ she said. (NAN)