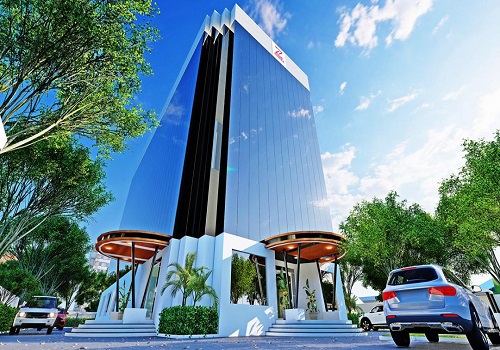 There is no doubt that in recent times that Zumera Property with the Zumera Tower in view has been rapidly establishing itself as the front-running real estate developer and company in Benin City.

A property as glamorous as this can only be set up by the best when it comes to innovation, architecture, and brilliance which is what the Zumera Tower and Property stand for.

We are about establishing a landmark that wouldn’t only restore hope but build new glory in Benin City, Edo state positioning us as emperors when it comes to real estate in Benin City and Edo state.

A landmark that will re-instate the historic city as a force to be reckoned with bringing the glory days back.

With the most prestigious high-rise in Benin City, Our goal is to establish a structure that will not only enhance career growth but also boost growth in all spheres of life through the prestigious tower.

Our mission is to set the pace for astonishing infrastructural development in Real Estate through innovation and Design. We are poised to go the extra mile in making the needs of our esteemed customers accessible.

The Zumera Tower is being developed with one single vision in mind, to be the role model Real Estate industry in Benin City with the highest taste of quality and Excellence.

By developing and innovating the standards of living, we will redefine innovative living and Experience for a better tomorrow.

Zumera Property is committed to the vision of elevating living standards for its audience, a vision which is already been actualized in bits with the Zumera Tower.

To compete on a worldwide scale, we want to design environments and structures that we would be proud of.

There is no better time than the present to create that environment, and we are completely prepared and dedicated to advancing this goal to its full realization.

The Zumera Tower is intended to be the focal point of Edo’s urban landscape, giving Benin City the most distinctive silhouette and ushering in modern architecture.

The futuristic layout and inventive construction of the upcoming high-rise in Benin City establish Zumera Property and its opulent tower as the state’s real estate kings.

The Grand Slam Tower is the pinnacle of design and inventiveness in the state.

Recently we presented to the officials of the Edo state traffic management traffic stands as seen above by the CEO of Zumera and the rest of the team of Zumera Property.

The goal of the gesture was to improve the working conditions for Edo State officials and traffic wardens so they could perform their duties as effectively as possible.

We intend to gradually bring about the transformation that Edo State, Benin City, and all of Nigeria deserve.

It was a lovely moment because it provides a preview of what Zumera will be doing going forward and how its projects and commitments would alter the city, the state, and the nation as a whole.

Measures like nation-building and giving back are not just up to the government.

The aforementioned are just a preview of what is to come; one plan being ingrained in our vision to improve living conditions in Benin City, Edo State, and Nigeria as a whole is the art of charity to our beloved country.

We were thrilled to see the excitement with which the Edo state traffic management received our small token and acknowledged the good job we have already done and want to continue in the state.

Our glory as the biggest real estate company will be driven by you and we place in utmost priority the desires and demands of our clients.

And we dedicate this to doing more and at large, creating and elevating the living conditions as the best real estate developer in Benin City.