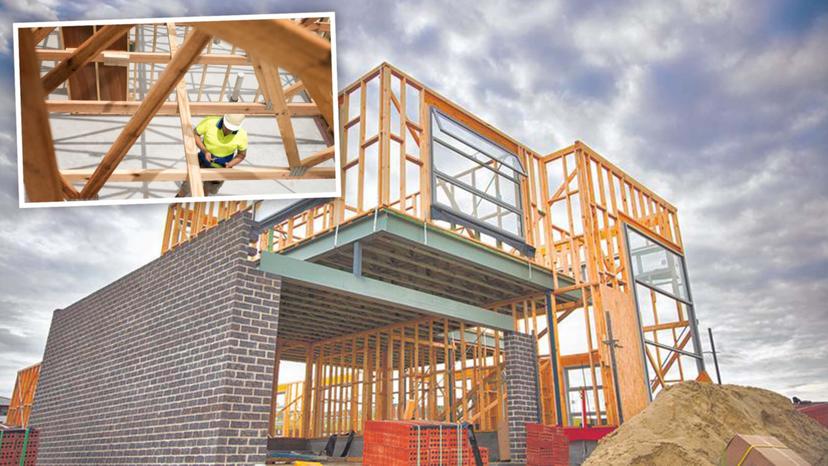 WA is facing a shortage of about 20,000 homes within four years, with fears this will keep local house prices rising.

The Real Estate Institute of WA said the State needs to build 19,500 homes a year to keep up with population growth, new demolitions and to address the existing shortage.

But official ABS figures show WA completed fewer than 14,000 new homes — which includes both houses and apartments — last year as the sector struggles with labour and supply shortages.

REIWA president Damian Collins told The West Australian this slow rate of construction put WA on track to build 56,000 homes over the next four years, not the 78,000 required.

“Houses are taking twice as long to build as they were only a few years ago,” Mr Collins said.

“The issue is less about the demand for new builds from homebuyers, it’s the ability to complete the housing with the current labour we have.”

Mr Collins said the State was already in a housing shortfall, with an extra 8000 homes needed to restore equilibrium and to end the rental crisis.

Official State Government population projections, contained in the recent Budget papers, anticipate an extra 150,000 people living in WA over the next four years.

If 2.5 people live in each home, the State will need 60,000 properties to accommodate the new West Australians.

A further 10,000 new homes will be needed to replace those set to be demolished over the next four years.

The combined demand means the State needed to build 4875 homes each quarter, yet in the last three months of 2021, only 3394 homes were completed.

Mr Collins called for more skilled labour, claiming the current rate of construction would lead to further pressure on rents and house prices.

“While the grants in 2020 have helped building starts, there simply isn’t enough skilled labour to finish properties in a timely and cost effective manner,” Mr Collins said. “Some of the material supply issues may ease off this year but we still can’t complete the number of homes we need.”

But he acknowledged it would be harder to attract migrant labour given there were building booms all over the world.

Rising house prices and a lack of affordable homes were huge issues in the Federal election, with Scott Morrison’s plan to allow first-homebuyers to dip into their super for a deposit criticised by experts who said this would boost house prices even further.

Labor has committed to a “Help to Buy” scheme that means the Government will help first-homebuyers by purchasing up to 40 per cent of a property with them. The Government would then own a share in the house that can be bought back over time.