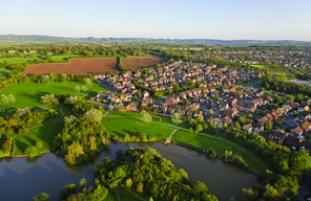 The government has now committed £69m to the garden city programme

The Government has allocated an extra £15m of funding to garden cities in England to build thousands of new homes, bringing the investment in the programme up to £69m.

Housing minister Stuart Andrew said: “Garden villages and towns are perfect examples of the vibrant, green communities we want to see right across the country and today’s funding will allow us to work hand-in-hand with local leaders and industry to deliver the high-quality new homes that we need.

“Today’s investment brings total funding for the garden communities programme to more than £69m, helping level up the country and regenerate communities, with most of the new homes situated in the North, Midlands and South West.”

Details of the three schemes mentioned above that will get a slice of the £15m include:

Funding is intended to help councils recruit specialist staff to plan for the community garden projects, and receive advice and support from Homes England. The garden communities programme is aimed at supporting long-term housing projects at an early stage.

The government said the announcement on the extra funding “builds on plans in the Levelling Up and Regeneration Bill”, which was announced on 10 May the Queen’s Speech. The bill aims at boosting housing delivering, including by simplifying and standardising the process for local plans.

Peter Freeman, chair of Homes England, said: “Working collaboratively and supporting locally-led ambitions to deliver well-designed and great quality new places and communities in the right places is central to our mission.”

The government gave £6m to councils in 2020 to help them work up plans for 21 new garden towns and villages.