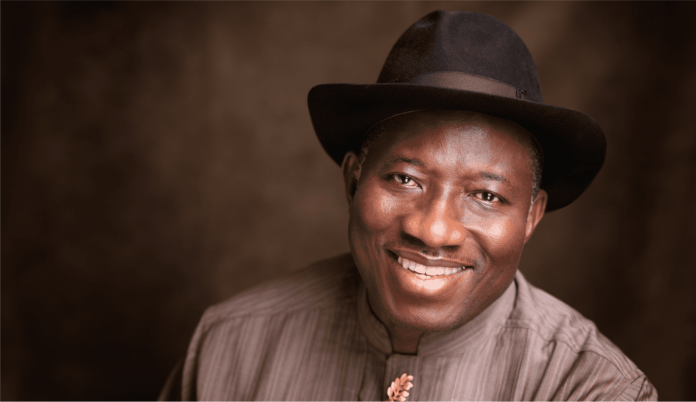 Former President Goodluck Jonathan and the Governor of Bayelsa State, Senator Douye Diri, on Friday, advocated an effective mortgage system to meet the housing needs in the country.

They made the call in their separate remarks at the groundbreaking and foundation laying ceremony of the Goodluck Ebele Jonathan Doctors’ Estate, located at the outskirts of Otuokpoti Community in Ogbia Local Government Area of the state.

The Doctors’ Estate project, which is an initiative of the Doctors Welfare Cooperative, under the aegis of the National Association of Resident Doctors (NARD), Federal Medical Centre, Yenagoa chapter, is to be funded through a partnership with the Federal Mortgage Bank of Nigeria (FMBN).

Speaking at the ceremony, Dr Goodluck Jonathan said housing was one of the basic needs of man that could be addressed through an effective mortgage system for people to own affordable houses.

The former President, who thanked the resident doctors for finding him worthy and deserving the honour to have the estate named after him, said the project when completed would not only contribute to socio-economic wellbeing of its residents, but also to the entire the state.

Describing the medical profession as a noble one, he said he had so much respect for medical doctors, who are trained to take care of the health needs of the people.

Dr Jonathan assured the NARD that he would give the necessary support to ensure the smooth execution of the project to bring their vision to fruition.

In his remarks, the Governor of Bayelsa State, Senator Douye Diri, said the state government was quite elated over the project initiated by the Doctors’ Welfare Cooperative of FMC, Yenagoa.

Governor Diri, who was represented by his deputy, Senator Lawrence Ewhrudjakpo, called on the Federal Mortgage Bank of Nigeria (FMBN), to review its mortgage policies and procedures to make it more inclusive and feasible for more professional groups and individuals to key into it.

He noted that efforts at providing shelter are a step in the right direction, assuring that his administration would do its best to ensure that the actualisation of the project within the targeted completion period.

While commending the immediate past leadership of NARD in the state for conceptualising the project, Governor Diri also appreciated the incumbent chairman of the Association for taking the bold steps to translate the idea to reality.

His words, “We feel very elated by what the resident doctors in FMC, Yenagoa chapter are doing here today. Adams Smith made it very clear from the beginning, and Abraham Maslow built on it, by saying that shelter is one of the basic needs of man. And even God Himself acknowledged it. That is why after creation, He created the Garden of Eden as shelter for man.

“Elsewhere in the world, nobody builds their houses with their own money. It is the mortgage system that funds the building of residential homes. If you see people driving big cars, they are on mortgage; the man living in a large house, that house is on mortgage. Virtually everything is run on mortgage.

“We have decided to talk about mortgage, but we have not imitated mortgage properly. So I want to use this opportunity to call on the Federal Mortgage Bank of Nigeria (FMBN) and other mortgage institutions to make their systems easier and conditions lighter for people to access mortgage. That is the only way this country can grow.

“So anything we do to provide shelter is a step in the right direction to provide a basic need of man. It is only someone who has a roof over his head that can have a quiet sleep.

“We are therefore quite associated with this project in all ramifications and we are committed to doing our own part, to ensure that this project is completed as planned” he said.

Earlier in their separate addresses, the Chairperson of the Estate Committee, Dr Divine Iroli and state Chairman of the Nigerian Medical Association, Dr Ongowari Torunana, said the estate was named after Dr. Goodluck Jonathan, to immortalize him as an illustrious son of state and in recognition of his contribution to the development of the medical profession.

According to Dr Iroli, the Estate will have 300 housing units, nursery, primary and secondary schools, shopping mall, security post, and other amenities.

Also speaking, a representative of DanielBob Nigeria Limited, the project consultants, Professor William Obiazor, said his company has what it takes to deliver the project in sixteen (16) months from the date of commencement of work.

FMBN has stepped up inspection of funded projects nationwide – FMBN