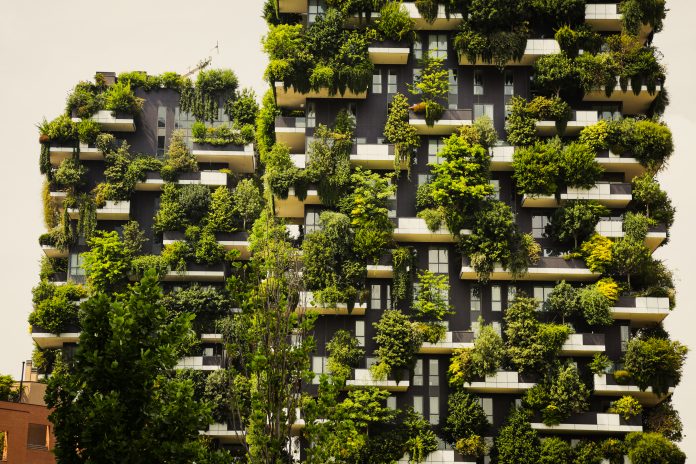 In a first-of-its-kind initiative in the State,  solar panels were used in place of glass panels at a five-storey building near Gurudwara Junction here, without disturbing the beauty of the building. According to its owner Anne Narayana Rao alias Babji, they utilised the front and side elevation of the building for solar panels.

Speaking to TNIE, he said more than the beauty of the building, he wanted to go for solar panels for a social cause. He said the city was already riddled with pollution caused by various factors. Since the five-storied building was in the heart of the city, to protect it from dust pollution, he may have to go for glass panels which will cost him just Rs 20 to 25 lakh. But the entire investment on glass will not yield any revenue. He was inspired by the call given by Prime Minister Narendra Modi on tapping renewable energy sources.

The Rs 45-lakh project will generate 100 kw power a day against daily requirements of 35 to 50 kw. The surplus power will go to the Central grid. The surplus power will earn him money. Rao said he will enter into an agreement with the Andhra Pradesh Eastern Power Distribution Company Limited (APEPDCL) to connect to the Central grid. All permissions for the building have been obtained and it is nearing completion.

Ajay, CEO of  JSJ Solar Energy Ltd,  designed the project when Babaji mooted the idea. The guest house will get solar building certification very soon.  The project was mooted when the city was chosen under the smart city project and accordingly named it ‘Namo Inspired Smart Inn’. The use of solar panels has enhanced the beauty of the building and generated curiosity among onlookers. The entire building project cost was Rs 5 crore.

Ajay said this was their third project and the first low-cost solar project. Their earlier two projects were TCS and Visaka Industries Corporate Office in Hyderabad. While the cost of the TCS project was Rs 1.60 lakh per kw, the second project cost was Rs 90,000 per kw. For the Vizag project, the cost was Rs 48,000 per kw. He said mono perk RenewSys, an integrated manufacturer of solar PV modules, also helped them.
The department of MSME nominated the project for the best low-cost model at the national level. Ajay said he came across the solar panel concept when he visited Perth, Dubai and Switzerland.