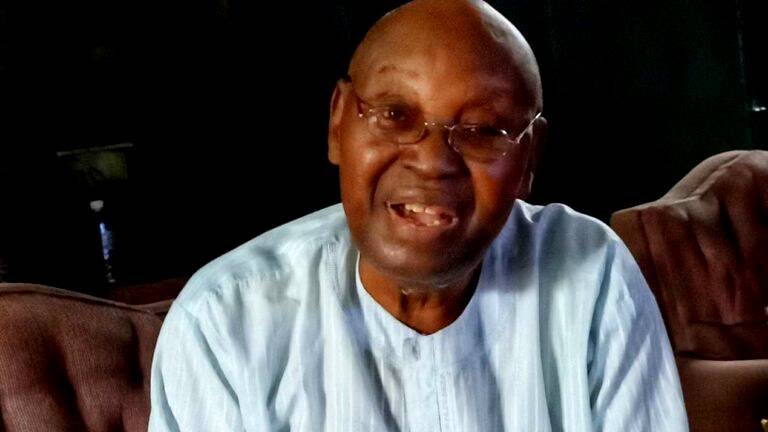 When Pa Daniel Awodoye retired as a Deputy Director in the Federal Ministry of Information and Culture in 1998, his plan was to settle down in a decent accommodation and enjoy the benefits of his 35 years sterling service to the country.

To actualise his plan, the octogenarian in the year preceding his retirement, subscribed to the Federal Government’s housing scheme at Isheri Olofin Estate, Lagos by emptying his savings and paying N622, 400 for a three bedroom flat to the Federal Housing Authority, FHA, an agency of the Ministry of Works and Housing overseeing the allocations.

Shortly after paying the money, the then Minister of Works and Housing, the late Alhaji Lateef Jakande, left office and was replaced by Major-Genenral Abdulkareem Adisa. Adisa, on assumption of office, reviewed the housing scheme subscription fee upward on the excuse that it was too cheap. He increased it by N155, 600, amounting to a total sum of N778, 000.

Narrating to Encounter the pain of raising additional fund to pay for the increased rate, Pa Awodoye said: “All my savings was what I used to pay for the house because I just needed a modest apartment to lay my head as a retirement home, after serving my country meritoriously.

So, I didn’t have any other money when Adisa increased it, but my late wife rose to the occasion; she sold her personal effects to raise the money and I paid.

“Having paid, on April 28, 1997, I was given a letter of provisional allocation of a House at Isheri Olofin 111 Estate, Lagos. Later on August 6, 1997, the FHA gave me another letter of allocation of a unit of house at Isheri Olofin 111, House No. 4. Unfortunately, when I got to the estate, there was no house to be allocated. It was an empty space.”

Resident sold
Because Pa Awodoye could neither get his money back nor the promised apartment upon his retirement in 1998, he remained in the house allocated to him by the Federal Government as a senior civil servant in Apapa.

For 25 years, Pa Awodoye is yet to get either, despite several appeals to the Head of Service, Ministers, Managing Director of the FHA, including several visits to their Abuja office and a court victory, ordering the FHA to allocate the house to him.

As if those were not enough ordeals for the old man, the government sold the house where he is living in Apapa to a popular businessman, thereby putting him in danger of imminent eviction.

Narrating his ordeal, Pa Awodoye said: “When there was no house for me, I went to the Head of Service, who instructed the Ministry of Housing to look into it, but they didn’t do anything.

I wrote to the Ministry of Labour and Productivity on January 4, 2000. They didn’t respond. Then I went to court. I was suffering in silence and talking to God. Due to the trauma, my wife who raised the last part of the money passed on.

“Ironically, while parties were in court and an injunction was ordered against the defendants, they went and sold the property where I live. These problems have strengthened my faith.

I accepted my sufferings and persevered in the hope that God would step into my matter. Whether I am alive or dead, God will step into my situation. It has not been easy because I am suffering emotional torment, but my faith has kept me going.”

Outstanding service record
Pa Awodoye started work with the Federal Ministry of Information and Culture in 1972 as a cultural officer, but before that time, he was a broadcaster in Broadcasting Company of Northern Nigeria, BCNN, Kaduna, which is now Nigerian Television Authority, NTA. From there, he facilitated the establishment of the North-Central State Arts Council.

Pa Awodoye lamented that if he had indulged in self-aggrandisement while in office, he wouldn’t have had the need to worry about a three-bedroom flat in Isheri, Lagos for 25 years, when many of his mates have posh apartments across state capitals, including Abuja.

He said: “I rejected all entreaties to allocate apartments to myself at the end of the FESTAC 77 as a member of the allocation committee or to acquire any through proxies due to my strong aversion for corruption and dishonesty.”

Court intervention
Following a suit Pa Awodoye filed against FHA, Minister of Works and Housing, Attorney-General of the Federation and Chief Obianodo Vincent over the matter, a Federal High Court, Lagos on June 16, 2017, ordered the FHA to provide the accommodation he paid for.

The trial judge, John Tsoho in his decision in respect of relief sought by Pa Awodoye held: “It is for an order of specific performance against the 2nd defendant, FHA, in respect of the contract to provide the plaintiff with a 3-bedroom bungalow or provide the plaintiff with an alternative suitable accommodation comparable to the allocated 3-bedroom bungalow house. It is granted accordingly, not having been disputed.”

FHA ignores court order
Five years after the court decision, FHA is yet to comply. Consequent upon the need to comply, counsel to the plaintiff, Dr. Abiodun Layonu, SAN, who had stood in for the octogenarian on pro bono basis and his law firm wrote the Managing Director of the FHA, Abuja on March 19, 2018, urging him to ensure prompt compliance with the judgment.

The letter, which was signed by Oluwatosin Anudo of the firm, indicated in its acknowledgment copy that the office of the MD, FHA, received it on March 27, 2018. They did not respond thereafter.

Nine months later, specifically, December 14, 2018, the law firm did a follow up letter to the MD, FHA, which was received by the office on December 20, 2018. Again, no response!

On January 25, 2021, the law firm again wrote to MD, FHA indicating the willingness of its client to take alternative property in the city of Abuja that is suitable and comparable in value to the one in Isheri.

The letter reads in part: “In consideration of the possibility that the exact property may no longer be available after 23 years when our client paid for it without any allocation till date, we have our clients instruction to accept any alternative property in the city of Abuja that is suitable and comparable in value to the one in Isheri that our client paid for as clearly stated by the judgment of the court.

“That in light of the information above, we would humbly ask that the alternative property (whether completed or otherwise) proposed by the Authority in the city of Abuja should not be less in value than N50 million to compensate our client for the loss of time and resources in prosecuting this matter and more importantly, to enable our client sell quickly the alternative property in Abuja and purchase a suitable property in Lagos, where he lives and desires to continue living.

“That the authority would be granting a fair and just execution of the court’s judgment by granting our client a property in the city of Abuja worth N50 million or above as an alternative to the specific performance of the order of court and this will serve as a full and fair settlement of the matter at hand, which we have been imploring the Authority to resolve for over two years after the judgment was granted to our client.”

Notwithstanding these appeals, the Authority still didn’t respond.
The law firm wrote another letter on October 20, 2021, reminding the organisation that their client is not asking for a favour, but demanding what rightly belonged to him, adding that a court of competent jurisdiction had specifically ordered them to so act. The Authority received the letter on October 22, 2021.

“We, therefore, find it difficult to comprehend why FHA is not giving this matter the seriousness it deserves, taking into account the age of our client and the circumstances of this matter.