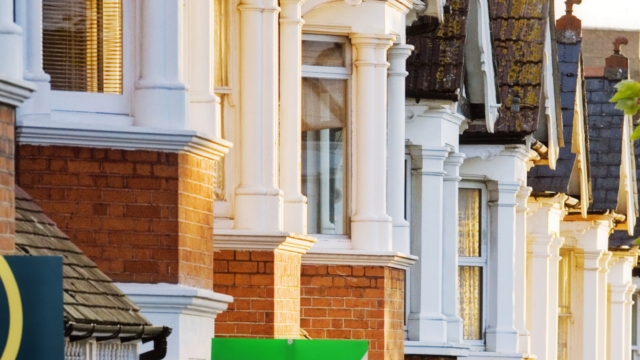 House prices grew by 12.1 per cent year on year in April, down from 14.3 per cent in March, a new report shows.

The Nationwide House Price Index said month on month prices rose by a seasonally adjusted 0.3 per cent with the average price of a house rising from £265,312 to £267,620.

Robert Gardner, chief economist at Nationwide, said: “Demand is being supported by robust labour market conditions, where employment growth has remained strong and the unemployment rate has fallen back to pre-pandemic lows.

“With the stock of homes on the market still low, this has translated into continued upward pressure on house prices.”

“Nevertheless, it is surprising that conditions have remained so buoyant, given mounting pressure on household budgets which has severely dented consumer confidence.

“Indeed, consumers’ expectations of their own personal finances over the next twelve months has dropped to levels last seen during the depths of the global financial crisis more than a decade ago.

“Moreover, housing affordability has deteriorated because house price growth has been outstripping income growth by a wide margin over the past two years, while more recently borrowing costs have increased. though they remain low by historic standards.”

Why are house prices still rising

In a survey of 3,000 UK consumers Nationwide found 38 per cent were either in the process of moving or considering a move.

The proportion was particularly high in London, where almost half said they were moving or considering a move.

But even in Wales, where the share was lowest, more than 25 per cent were either moving or considering a move – very high, given that only 5 per cent of the housing stock turns over in a typical year in the UK.

“Interestingly, despite mounting pressure on household finances, the share of people moving or considering a move was higher than during the height of the pandemic in April last year across all tenure types, as shown below.”

Are households still ‘racing for space’?

Nationwide said it survey results suggested shifts in housing preferences as a result of the pandemic are continuing to fuel house price growth, though to less of an extent than at this time last year.

Mr Gardner added: “Around a quarter of those moving or considering a move said that this was to move to a larger property, a similar outturn to April 2021, and for most age cohorts a majority are still looking to move to less urban environments.

“However, the proportion of those citing a desire to get away from the hustle and bustle of urban life or access to garden/more outside space has declined substantially – to 12 per cent and 15 per cent respectively, down from 25 per cent and 28 per cent in April 2021.”

For most movers and potential movers, the majority of those surveyed are looking to trade up.

Perhaps unsurprisingly, given the pressure on budgets, financial reasons are cited as a factor motivating a move by a sizeable minority.

Some 17 per cent of those moving or considering a move said they were doing so at least in part to reduce spending on housing, either by moving to a different area and/or by moving to a smaller property.

Where next for the housing market?

Mr Gardner said: “We continue to expect the housing market to slow in the quarters ahead. The squeeze on household incomes is set to intensify with inflation expected to rise further, perhaps reaching double digits in the quarters ahead if global energy prices remain high.

“Moreover, assuming that labour market conditions remain strong, the Bank of England is likely to raise interest rates further, which will also exert a drag on the market if this feeds through to mortgage rates.”

Rob Peters, principal at Simple Fast Mortgage mortgage advisers, said first time buyers still had a chance of getting on the housing ladder.

“As the Help to Buy London scheme draws to an end, property prices continue to increase, and wages lag far behind, we expect demand for specialist first time buyer services to increase.”

“Let’s be honest, growth slowing from 14 to 12 per cent is still an insane rate of growth. What we may see is some of the lunacy around house price rises ease off but in a broker system where demand outstrips supply and no one seems to have a plan to fix it, house prices can only go one way in the long run.”

However, some experts take a less optimistic view.

“In my view. We will probably be in recession by the autumn, mortgage rates are likely to be much higher, and the economic outlook, with another 25 per cent energy price hike looming, could be far worse.

“There’s been a shortage of property for sale over the winter months, and prices are now coming off overinflated highs, stoked by Rishi Sunak’s disastrous decision to provide a stamp duty holiday.”

Adesanmi: How Spleet Is Using Prop Tech to Revolutionise Real Estate in Nigeria