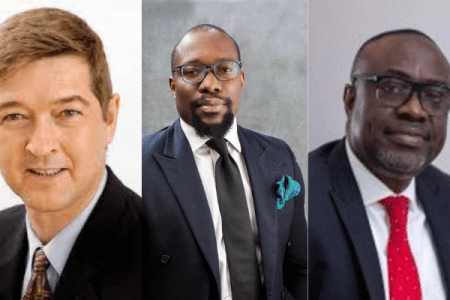 Experts at BusinessDay’s Property Investment (PRINVEST) conference have pointed the way to closing identified gaps in residential communities that are the dream of prospective home owners in Nigeria.

Andrew Nevin, chief economist at PWC, and Ayo Ibaru, chief operating officer at Northcourt Real Estate, led the discussion at the event which had over 30 other experts looking at the various aspects of property investment and homeownership with special focus on opportunities and challenges.

Nevin who was the keynote speaker painted a lurid picture of the gap in the Nigerian residential real estate. Besides $900 billion worth of dead assets in residential real estate and agricultural land which Nigeria holds, he estimated the value of federal government’s abandoned properties at about N230 billion, quoting Nigerian Institute of Builders (NIOB).

The Chief Economist noted that while Nigerian population is growing at a fast rate, annual output of housing in the country is lagging the growth.

He noted that for Nigeria’s 17 million housing units deficit, 700,000 houses are required to be produced yearly for over 10 years to close the deficit. But only 200,000 units are estimated to be annual output of the formal housing sector. Added to this, he said, about 50 percent of Nigeria’s 200 million population live in cities while 80 percent live in substandard conditions.

Nevin said that to close these gaps, the country needed to grow, listing innovation hubs, industrial clusters and education as growth catalysts.

To grow its economy, he advised that Nigeria needed to do something about what he called “The big 3 distortions” which he named as exchange rate, fuel subsidy and the power sector.

“These distortions need total structural and policy reforms as they are largely distorted. They affect the growth of the real estate sector,” he said, adding, “the CBN wants to operate a market-determined exchange rate, but this has not been implemented.”

Ibaru, in his presentation, spoke to the theme of the conference, ‘Dream Residential Communities: Closing the Gap’, explaining that the gap could be looked at in terms of what people wanted.

The communities are, however, not without their low points which include estate rules/policies, high maintenance cost, longer check-in procedure, societal segregation, poverty, retreat from civic responsibilities, etc.

The experts noted that it was not all gloom for the residential real estate in the country as, according to them, there were still mortgage facilities in the mortgage sector that could help those who wanted to own homes through mortgage.

Despite macro-economic issues, including inflation and high interest rate, Gbenga Olaniyan, Principal Partner/CEO, Estate Links, stressed that now is the time to take mortgage because, according to him, the mortgage market at the moment, is the borrower’s market.

“Looking at the interest rate on mortgage loan, it would seem as if the borrower is going to lose in the long run, but he is the gainer instead,” he said, explaining that a 10-year mortgage loan of N5 million, for instance, would not be worth N2.5 million by the time the 10-year repayment tenor is finished.