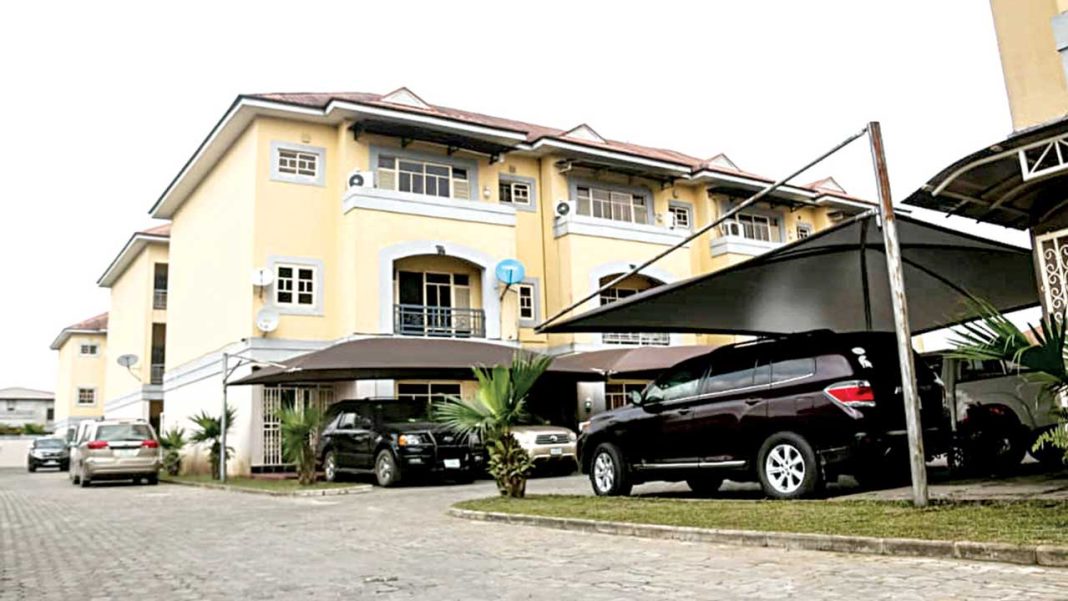 Twelve years after some retirees and Nigerians abroad purchased houses in the Renaissance Estate in Port Harcourt, Rivers State from First Trust Mortgage Bank Plc, the deal has run into troubled waters as the residents were evicted recently from their homes.

The eviction, which occurred last month, has brought hardship among members of the Renaissance Homeowners and Residents Association, as many of them are homeless and continued to count their losses.

In a letter by the solicitors to the association, Peter Ndukwe and Company, to the Managing Director, First Trust Mortgage Bank Plc, signed by Mr. Gideon Okeke, said its “clients have always enjoyed peaceful, undisturbed possession until the early hours of March 1, 2022, when a team of Nigeria Police officers together with some dreaded looking young men invaded our clients/apartments with guns, cutlasses and axes to forcefully and brutally evict residents of the estate, denying or restraining landlords and tenants in the estate from removing their vital belongings and properties, including priceless jewelries and other inherited ancestral ornaments from generations past as reported by some members, who were crying and begging at the gate to access their flats but vehemently denied by the armed policemen, who blocked off the compound.

The letter said residents lost billions of naira worth of properties and valuables during the sudden eviction of the association members, whom are retirees, who used their life savings to purchase the said apartments from the company and most of the residents have developed severe high blood pressure having been displaced and traumatised by the said act of forcible eviction.

It said: “It is crystal clear that FBN Mortgages Limited, now First Trust Mortgage Bank Plc fraudulently passed, assigned and or transferred a void title to our client, which has caused our client loss of property worth billions of naira and exposed them to ridicule, demeaning status as one of our client’s guests, a foreign expertise was equally harassed by the police officers.”

The solicitors are asking the bank to investigate, address, indemnify and remedy the damages or they will proceed with legal action to recover the cost of purchase of the property and damages suffered by their client as a result of the forceful eviction.

In response, the bank’s lawyers – Onyeke, Ideho & Ighomuaye LP, said “their client sympathises with victims over the sad and traumatic incident, which they find extremely strange, as it had no reason to doubt the credibility and validity of the title of its predecessors-in-titles, over the land.

“Our clients has commenced an in-depth investigation into the incident to understand, how a property over which it had valid titles spanning three different predecessors-in-title, could have been the subject matter of a court action, it was not aware of and/ or brought to its attention, up and until the delivery of judgment and execution of same.”

In another letter to Peter Ndukwe and Company, the bank’s lawyers traced the history of the landed property and ownership, saying they intend to pursue some course of action that will lead to the recovery of the estate. “First, in conjunction with Vestor Properties Limited, to engage Chief Olusola Adekanola, the purchaser of the land from the Nigeria Airforce on an amicable resolution of the matter, towards a possible restoration of the possessory rights of the subscribers of the Renaissance Apartments.

“Secondly, to commence interpleader proceedings at the Rivers State High Court, Port Harcourt, before the same court that granted the warrant of possession, and contend before the court that Supreme Court Judgment executed at the property, that the execution of the judgment by the Air Force on the order of restitution, can only be executed on the known and established property or properties of the judgment debtor.

The association has already rejected the course of action by the bank. “Our client is not interested in your negotiation with Adekanola, the claimed beneficiary of our seized property from Nigeria Air Force, who eventually evicted our clients and as regards restoring our client back to the same property. We rather advised it would be to the interest of your client to explore room of settlement.”

The association is demanding payment of N250million to each of the homeowners. “The initial estimation of the value of the loss suffered by each buyer per unit of the terrace apartment, including individual improvements, remodeling cost of properties lost, stolen and or confiscated by Adekanola, his agents and hoodlums brought is put at N250 million.”

MEANWHILE, the estate chairman, Doyle Edeni, an engineer, said he remodeled and converted his apartments into office and housing for oil and gas service crew, where experts live and work since March 2020.

“In total, our three and four-bedroom facilities were remodeled into a 13-bedroom facility with five sitting rooms, four kitchens, one gym, one game room, 24-seater conference/training room and three offices, all furnished to international standards to accommodate and cater to the needs of international and local Nigerian teams.

“Following the trauma of the incident, some experts, who were scurried into safety in hotels for shelter insisted to abandon their contracts and leave the country. Particularly painful is the issue of Mr. Corrado Bottazzi – our Chief Operating Officer (a former Managing Director of Saipem), who lived in one of the terrace apartments.

“He was physically assaulted and pushed out by hostile strangers and has now relocated back to Europe,” he said.

The projects he was handling including Port Harcourt Refinery Rehab, NLNG and Agip have all either collapsed or threatened because of his forced exit.

Edeni said: “The company is still documenting its losses but we have lost participation in several projects worth over N5 billion that was directly being negotiated or handled by our departed Chief Operating Officer.”