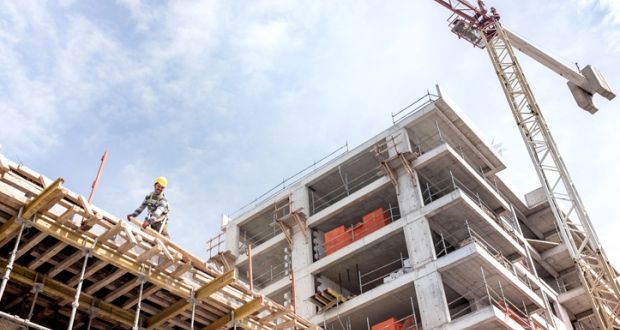 Frank Curran, chairman of the County and City Management Association’s committee on housing and land-use, said ceilings imposed by the Department of Housing last year as to how much councils could spend on housing constriction “needs to be examined”.

Addressing the Oireachtas housing committee Mr Curran said “construction price inflation is a real issue”. He said fewer contractors were tendering for public housing contracts while projects where contractors were already on-site faced not being completed because local authorities could not meet their increasing costs.

Eoin O’Broin, TD, Sinn Féin’s housing spokesman, said he had heard of social housing projects underway that “may not be completed unless there is greater flexibility from the department in terms of the gap between the ceiling and the new prices”. He said price ceilings had last been set by the Department in the second quarter of 2021.

Mr Curran said: “It’s just a fluid situation at the moment so it definitely needs to be examined.

“You have the construction price inflation, but allied to that you have material supply chains issues; you have a skills shortage – wet trades in particular but all skills within the construction industry. And then you have a buoyant private sector construction going on at the moment as well [which is competing with the public sector]”.

Eddie Taaffe, of the Local Government Management Agency’s housing delivery co-ordination office, said, “over the last six months or so we are seeing a reduction in the number of tenders submitting for public works contracts”. He said there were seen as “risky because of the price variation issue”.

It was a particular problem for smaller contractors in rural counties that had good relationships with local authorities and typically build developments of fewer than 20 homes.

“They are type of contractors who seem to be less able to absorb the price increases and they may well be the ones that will suffer the most in this which will be a pity.”

He said delays in getting building supplies adversely impacted these developers too as contracts were taking longer to complete.

“What could have been a 26-week programme is now being pushed out four, five six weeks in some instances,” said Mr Taaffe.

The committee heard 11,000 social housing dwellings were “under construction” with construction of a further 3,500 about to start and 8,500 were in “planning and design”.