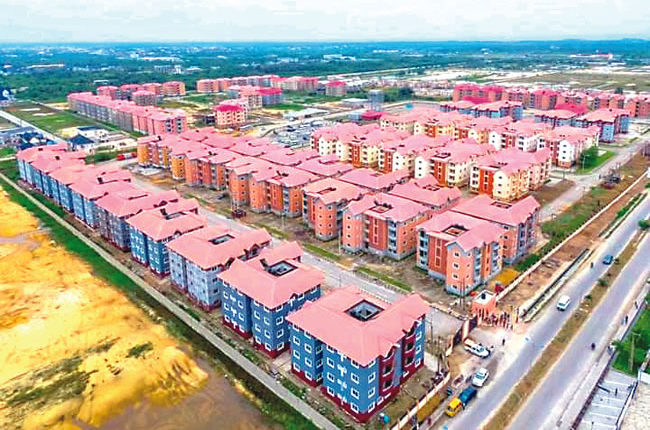 In case you missed out, here is a roundup of important housing news stories from last week.

The project started in 2016 at the cost of N764 million. The federal government provided finance while state governments gave land.

Mr. Babajide Sanwo-Olu, the Lagos State Governor, flagged off the construction of Oak Heights in Eko Atlantic City. Oak heights is designed to be the tallest residential building in the city.

The apartments boast of the opulence of fine spacious living where residents can enjoy about 50,000 square meters of expansive building area, 75-foot-long pool, spa rooms with an ambiance of ease, top of the line fitness centers, tranquil and lavishly appointed conference rooms, maisonettes, and villas with suspended pools, apartments with generous living spaces and ultra-luxury finishes.

Edmark City is located at Lagos Epe Express Road by the 3rd roundabout, Lekki Phase I, Lagos, Nigeria, and is expected to be completed by 2024.

Union Trustees Limited filed an appeal against the ruling of Justice Daniel Osiagor of the Federal High Court, Lagos, which vacated an ex-parte order freezing the assets of Union Homes Savings and Loans Plc.

The appellant is asking the Appeal Court to set aside the ruling delivered on March 23, 2022, which discharged the interim Mareva order and order for the appointment of receiver/manager made on February 24, 2022.

In addition, the appellant, on March 23, 2022, filed an application, which seeks to suspend the ruling and order made by the judge at the lower court.

In a bid to finance only cheap affordable housing projects, Shelter Afrique announced the deployment of a ‘Housing Affordability Calculator’ to vet proposals by developers pitching for the financing of affordable housing. The calculator requires the user to input four data points including household’s monthly income, distance from the city center, country of residence, and the local currency or US Dollar to gauge affordability.

Head of Policy, Research and Partnerships at Shelter Afrique Dr Muhammad Gambo said currently developers claim they are setting up affordable units but price them expensively creating a risk of slow uptake of completed projects.

WASHINGTON, March 25 (Reuters) – The National Association of Realtors (NAR) said contracts to buy U.S. previously owned homes dropped to the lowest level in nearly two years in February, weighed down by a persistent shortage of properties, and activity could remain sluggish amid increasing mortgage rates and high house prices.

The National Association of Realtors (NAR) said its Pending Home Sales Index, based on signed contracts, fell 4.1% last month to 104.9, the lowest level since May 2020. It was the fourth straight monthly decline in the index, which leads sales by a month or two.