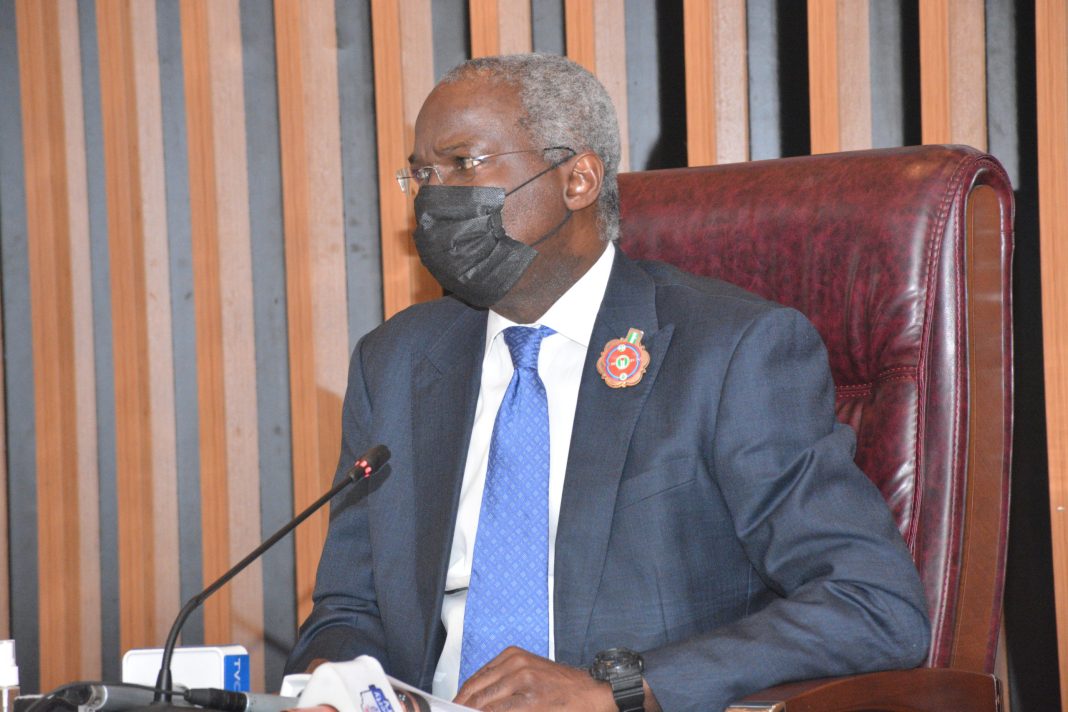 The Minister of Works and Housing, Mr. Babatunde Fashola, represented the Comptroller of Works in Kano, Ing. Yahaya Baba, inaugurating a 1,639 km road at the Bayero Kano University, on Wednesday

The Minister of Public Works and Housing, Mr. Babatunde Fashola, assured Nigerians on Wednesday that they will expect the massive commissioning of the Buhari project before the end of his administration.

Fashola, speaking at the handover of a 1,639 km internal road at Bayero Kano University (BUK), said that the president had approved the inauguration of several completed projects.

The minister was represented by the controller of works in Kano state, Mr. Yahaya Ali.

“This project represents one of the major infrastructure investments to be made in various federal government institutions across the country, which is a commitment of the Buhari administration as the engine of economic growth and prosperity,” he said.

The minister argued that the Federal Government’s projects were visible assets that were proof of what Nigeria‘s resources are invested in, from its earned resources and loans.

Fashola said the project was part of the Federal Government’s intervention in the reconstruction of internal roads.

He advised those who accuse the government headed by President Muhammadu Buhari of non-compliance to listen to some of the comments from the various sectors where this type of intervention has been carried out.

“This is consistent with our progressive ideal of improving the human condition and that process continues here today as we hand over the rehabilitated road to Bayero Kano University,” he said.

Fashola said that during construction more than 161 people were employed in the process, hence the government’s job creation initiatives.

He expressed the hope that the university will ensure that the asset is used properly and is not abused.

Bayero Kano University (BUK) Vice Chancellor, Prof. Sagir Adamu-Abbas, said that the Ministry of Public Works and Housing has awarded the contract for the installation of 7.5MVA, 33KVA/11KVA and 5.0MVA, 33KVA /11KVA to improve energy supply in the institution.

“In addition to all those listed above, the ministry has also awarded a contract of more than N400 million for the rehabilitation of more roads within the university and work on which will start very soon.

Among the paths that the Federal Government is currently building in higher institutions across the country under its special intervention, BUK has been one of the main beneficiaries,” he said.

Adamu-Abbas said that the roads were in poor condition before the intervention, but now “the roads are being rehabilitated, many thanks to the Federal Government and the Ministry of Public Works and Housing for their good work