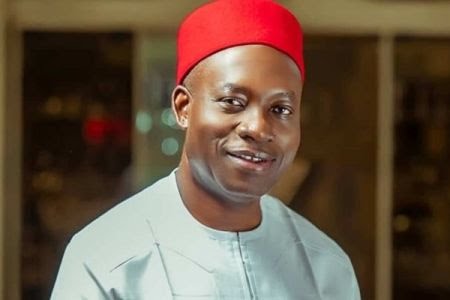 Chukwuma Soludo, the governor of Anambra State, has been urged to address the housing challenges in the state capital by collaborating with private sector providers.

Chief Daniel Orji, Managing Director of Daniel Bob Group Limited, an Estate Development Company made the call in a chat with BusinessDay Correspondent in Awka on Wednesday.

Orji said the increasing housing shortage in Awka was due to the failure of previous administrations to invest in the sector.

He said it was sad that there was no active or functional government owned estate project in Awka in spite of the good number of large expanses of land Inaugurated for the purpose.

He called on Gov. Soludo to audit land allocation in the capital territory and set a deadline within which the owners must develop dormant onea.

Orji called on the Economist to as a matter of policy set up a specialised bank for mortgage financing to create low interest loans for developers in the state.

“I want the governor to audit land allocation in Awka, the capital of Anambra, so many lands were taken from the communities by the government and sold to themselves without developing them.

“Go round Awka, there is no active government estate, where you see work going on are the ones private developers like Daniel Bob estate are handling, we have the capacity to work with the Anambra government to provide mass and affordable housing in Awka.

“We are ready to partner with the government to solve the housing problem, let me also use this opportunity to call on Gov. Soludo to set up a special bank, like Anambra Mortgage Bank for civil servants to enable access to cheap finance through developers ,” he said.

Orji urged Soludo to revisit the 3-Arms Zone project at Isiagu in Awka South Local Government Area which had been abandoned at various stages of execution.

He said Isiagu represents the New Awka but has not been able to take off because of the absence of government presence, critical infrastructure and social amenities.

According to him, some projects in Isiagu like the State Headquarters of Nigeria Security and Civil Defense Corps have been completed, the governor should encourage them to move in with owners of other completed projects, they will encourage others to move in.