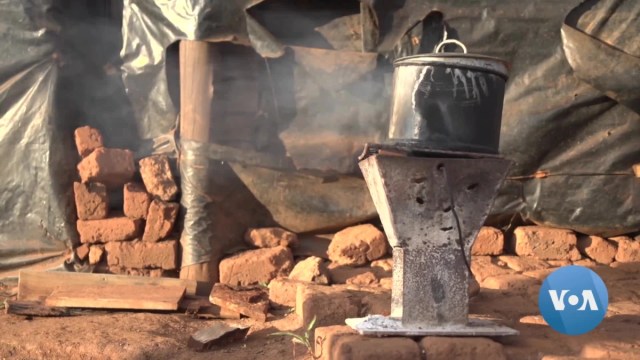 Zimbabwe’s government has announced a $377 million project to deal with a housing shortage by constructing affordable homes before next year’s election. Critics note such promises often come ahead of elections and that many Zimbabweans have been on a housing waiting list for more than a decade.

Sylvester Mutemashinga is one of the many people who have no decent place to live. For nine years, he has lived in a structure made of plastic in the Hatcliffe section of Harare.

Mutemashinga says his wish is have enough money to build a house for his family.

“I stay with my wife, child and nephew. But because of the difficulties of life, jobs are hard to come by. The small jobs we get do not pay enough. You end up getting money just for subsistence. So, you end up not being able to build,” he said.

Across the road in Borrowdale, nice homes are being built for the upper class.

Kudzai Chatiza, a professor in rural and urban planning at University of Zimbabwe, says the poor find it difficult to build or even to secure property because of the high cost of construction.

“In the region, in sub-Saharan Africa, we have the most expensive cement,” he said. “It’s between $10 and $14 a bag, 50-kilogram bag. Whereas in Zambia, you can get a bag for $5, for instance. The value of land is very expensive. So medium- to long-term, the government needs to reflect on those aspects, because those are aspects that relate to macro-economic conditions.”

The government says it is aware of the housing problem. Monica Mutsvangwa, the minister of information, says the government has started constructing houses nationwide at more than 50 sites, and they should be ready for occupation by next year.

She says the construction is part of efforts to clear the waiting list for homes, which has grown to more than 1.5 million.

“The sites are expected to avail 324 blocks of flats yielding a cumulative 5,184 units for emergency settlements. The total cost required for construction of flats up to 2023 amounts to U.S. $377 million,” Mutsvangwa said.

In the past, similar announcements have been made with elections around the corner, and Zimbabwe is due for elections next year.

Whatever the outcome, Mutemashinga says he hopes to get into a decent home soon.