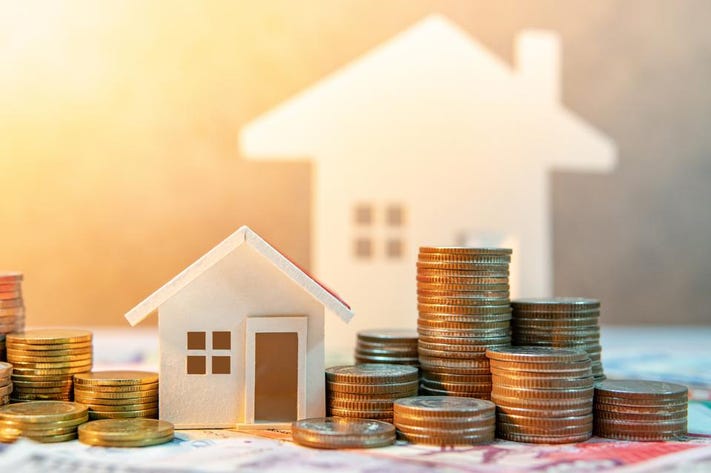 Real estate is defined as landed property – land, buildings, air rights above the land and underground rights below the land. The term real estate means real or physical property. Some land economists claim that ‘real’ came from the Latin word ‘res’, meaning ‘things’, while others claim it was from the Latin word ‘rex’, meaning ‘royal’ since Kings and Queens (governments) owned all land in the past. The real estate sector is the sector of the economy that caters for the physical infrastructure development and management, like buildings, bridges, dams, roads, farms, railways, waste and sewerage management etc. These basic infrastructure developments, on which life depends, are strategic and critical for our existence as Homo sapiens.

Real estate can be classified into three: urban, semi-urban and rural.

The different types of real estate are: residential, industrial, commercial, agricultural, office, transportation, recreation, tourism, educational, medical, hospitality, sports etc. Nigeria, as a country, is a piece of real estate and any government which engages the services of estate surveyors and valuers in exploiting its real estate potentials will have a field day. The essence of having a government, constitutionally, is for the welfare and security of the people. That is, for the social, economic and environmental development of the people through efficient management of man-made and natural resources and the provision of basic infrastructure for the people, including security, food and shelter, giving hope to the downtrodden and providing succour to the vulnerable. These functions require a huge amount of money in the face of steady increase in depletion of our income from unsustainable petroleum resources.

The United Kingdom government stated that motorists in the UK will no longer require petrol and diesel (fossil fuels) to power their vehicles by 2040. There are more cars and trains using electricity in the world now and countries like Germany, Sweden and The Netherlands are promoting the use of bicycles more than cars to protect the climate. Shale oil and gas, biofuels and solar energy are now being used in the world today more than can be imagined! A past survey revealed that governments at various levels in Nigeria have over 2,000 abandoned properties (land and buildings) with a capital value of over N9 trillion. This amount will considerably reduce the N12 trillion being planned to be borrowed by the Federal Government between 2021 and 2023 to finance her new National Development Plan. Real estate (land and property) is, therefore, a reliable alternative to generating money by governments.

The means of generating income from the real estate sector are: transactional means, income generation means, employment generation means and others. Under transactional means, governments can sell off or lease some of their landed properties, which are lying fallow, to generate income since real estate is a basic need of man. The federal government can sell off or lease, to generate income, the abandoned National Stadium in Surulere; Federal Inland Revenue Services Building and Customs and Excise Building at Tinubu Street, Lagos. There are so many abandoned federal government properties on the highbrow Marina, Lagos State.

Specifically, it is on record that since the commencement of registration of land parcels in Nigeria in 1863 under the colonial administration till date, less than 3% of the nation’s land mass of 923,768 square kilometres have been formally registered and titled. Titling land and buildings is a way of creating wealth in them and releasing the owners from the stranglehold and shackle of poverty.

On income generation as a real estate potential, governments can generate income from the real estate sector by imposing land-based taxes, charges, levies and fees on its products. Agriculture is one of the two biggest sectors in all developing nations. Is it not absurd that agricultural land is not effectively arranged and taxed?

Taxation of abandoned properties will also help release them to renters and buyers. Governments can explore the real estate sector to generate employment and create goods and products. The United Nations estimates that Nigeria’s population is set to double by 2050 to around 400 million people, which would make it the third largest nation, behind India and China. Against this background, there is a lack of adequate housing estimated in 2018 by the World Bank to be 17 million in a country where most inhabitants live on less than $2.00 a day despite the nations having Africa’s largest economy. Any urban state government that can invest in “affordable housing” will receive a boost.

Under other potentials, real estate can be used as collateral security for loans by governments. Securitisation is the financial practice of pooling various types of contractual debts such as residential mortgages, commercial mortgages, auto loans, or credit card debt obligations (or other non-debt assets which generate receivables) and selling their related cash flows to third party investors as securities, which may be described as bonds, pass-through securities, or collateralized debt obligations (CDOs). Securitisation is real estate potential in which the government registered its lands and used the land as collateral to sell its debts. Property Blockchain and Real Estate Investment Trusts (REITs) can be created to allow for the issuing and fractionalisation of ownership in property assets.

There is no government in Nigeria that does not have fallow land (dead capital). Governments can create wealth by accessing suitable land and developing them into industrial, residential, commercial and farm estates etc for lease and sale to the public. Government can also make laws that will ensure economic, effective and efficient investment in building construction. For example, all companies with more than 500 workers are required by law to provide staff housing for their employees (Employees Housing Scheme (Special Provision) Act 2004). Our vacant and abandoned properties are too much for the present level of our development. Compulsory building plans approval, conversion of use approval, alteration and improvement approval, and effective planning and maintenance economy of our existing infrastructure are ways of creating value and ensuring value for money (vfm) in Nigeria real estate sector.

Loan may become bait and debt may become death-trap if certain factors are not considered before incurring debt. Gearing is one of them. Comparing incurred debt with gross domestic product (GDP) and GDP growth rate are others. Application of loan, whether for capital or recurrent expenditure is the most important consideration. The debt-GDP ratio of Nigeria in 2020 was 21.34%! USA is alleged to be a great debtor, but USA has more than 900,000 separate real estate assets covering more than 3 billion square feet; 45,190 reserved buildings nationwide, the operating costs of which are $1.66 billion annually and oil and gas resources on and offshore worth $128 trillion, roughly eight times the national debt of the country. America also has a very sizable stash of gold. Their 261,498,926.25 oz is the largest in the world! All states in Nigeria can survive and be independent of federal allocation if they can exploit their real estate potentials, especially in farming, real estate and mining with technical lead from registered estate surveyors and valuers.