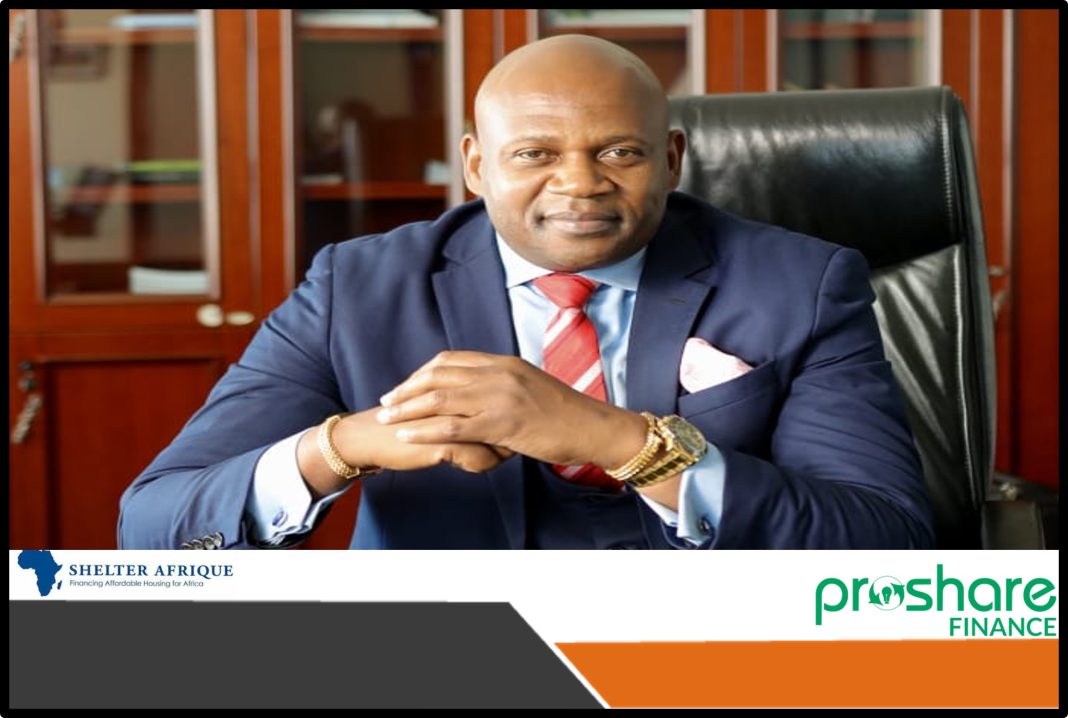 Shelter Afrique (SHAF) has been leading the charge in changing the affordable housing conversation in Africa for four decades-but it is not all talk. Together with partners, Shelter Afrique has raised and invested millions of dollars to fund housing projects throughout Africa. In its 40-year existence, Shelter Afrique has amassed an impressive footprint across various African markets including Kenya, Uganda, Rwanda, Mauritius, Madagascar, Somalia, and Burundi. As it prepares to address the Nigerian housing market specifically, the organisation might be the catalyst to jumpstart a much-needed race in the affordable housing sector of sub-Saharan Africa’s most populous nation.

The company was recently named Africa’s Best Real Estate Finance Company of 2021 by London-based Capital Finance International, recognising its dedication to its cause. Under the leadership of Group Managing Director and Chief Executive Officer (CEO), Mr Andrew Chimphondah, the organisation has been through somewhat of a renaissance, returning to profitability. SHAF is forging new ways to redress Africa’s housing needs through homegrown funding solutions and a strong network of partners. Chimphondah joined Shelter Afrique in 2018 at a pivotal time for the organisation, helping to forge a new path to profitability. “Shelter Afrique has a 40-year history of redefining itself to adapt to any climate in which it finds itself,” he said. “With the unambiguous backing of the board and the excellent management team, we were able to return the institution to profitability and set it back on the path of doing what it does best, which is furthering and facilitating affordable housing across Africa.”

Why Nigeria, Why Now?

Nigeria’s population has exploded in the last four decades. The United Nations expects Nigeria to face a housing deficit of 22 million homes by 2030 if its government does not take strategic, urgent measures. Chimphondah believes Shelter Afrique is in a prime position to tackle the crisis in Nigeria head-on, declaring that every African deserves an affordable home. According to Chimphondah, “Nigeria has Africa’s greatest population by far, and Nigeria’s population is expected to reach over 400 million people by the year 2050, according to the United Nations. This is the situation of things. Right now, we believe the housing deficit in Nigeria is 17 million homes. This is a massive number, and it’s part of the reason why we have chosen to pay special attention to Nigeria.”

Nigeria’s homeownership rate remains at 25%, the lowest compared to other sub-Saharan countries. Kenya has a rate of 75% and South Africa has a rate of 56%. This housing deficit is particularly glaring in major Nigerian economic hubs such as Kano, Lagos, and Ibadan, where housing demand is spiralling upwards at an alarming 20% per year.

Rapid urbanisation without the attending increase in income has kept well-built, affordable homes out of the reach of large swathes of the Nigerian populace. The solution proffered by SHAF? Raising funds through capital market and public-private partnerships, supported by strong government policies. “We have found that the capital markets are an underutilised source of money. This is why we also use our contacts and networks to crowd-fund affordable housing projects as part of our process. Some of the multilateral entities we collaborate with include the African Development Bank, the European Investment Bank, and the World Bank.

“We actively explore public-private partnerships because working with government bodies, we can streamline the entire process of erecting housing structures. Governments can subsidise infrastructure and provide financial incentives such as tax cuts. They can also enact policies that make the environment more conducive for developers to work freely.”

In July 2021, Shelter Afrique inked its most extensive partnership with an organised body. The Pan-African housing financier and REDAN (Real Estate Developers Association of Nigeria) signed a Memorandum of Understanding on 29 July 2021. The cooperation with REDAN will result in the construction of 12,000 affordable housing units across the six geographical zones of the Federal Republic of Nigeria.

While commenting on this collaboration, Chimphondah stated, “We’re excited about our partnership with REDAN, especially because it allows us to have an impact on a group we believe is best positioned to drive these projects, the developers. With this endeavour, we are helping developers across Nigeria build capacity.

“It also follows our annual general meeting in YaoundÃ©, Cameroon, where we became the first organisation to bring together 44 housing ministers and 44 finance ministers to discuss how to address Africa’s 56 million housing shortfall. We came up with the historic YaoundÃ© Declaration, in which African governments, housing and finance ministers, and policymakers all vowed to improve sustainable housing delivery in Africa.”

As SHAF looks forward, it has set aside upwards of $1 billion in its 2019-2023 strategic plan to support new housing developments, intending to raise $20 million in annual equity capital from new and existing members, starting with Nigeria in 2022.