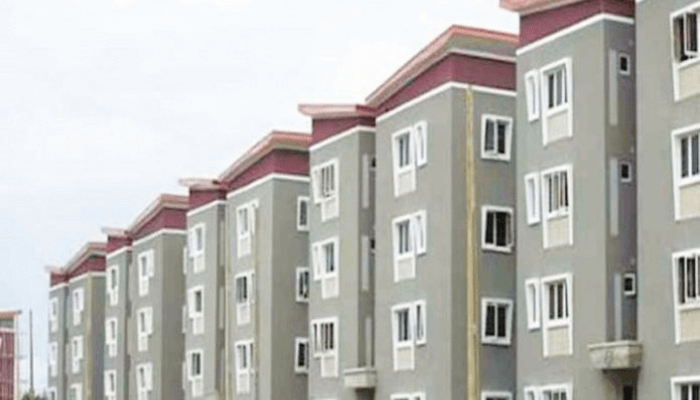 The federal government of Nigeria says it is in the final stages of preparation of a national housing plan that will span 10 years, targeting Nigerians classed as low-income earners.

The housing initiative tagged ‘10-year National Housing Strategy Plan’, is in line with the federal government vision to build a nation where low-income earners have the dignity of a decent home and livelihood, according to Vice President Yemi Osinbajo.

Housing sector stakeholders have welcomed the federal government’s plan, but expressed doubt as to whether the plan would see the light of day given the fate that befell other plans that came before this.

“We have heard the federal government talk about housing plan for the low-income earners before; the latest being the 300,000 housing units to be built in each of the six geopolitical zones of the country. This was to benefit from the N2.3 trillion Economic Sustainability Plan (ESP),” noted Johnson Chukwuma, a structural engineer, wondering what may have become of that plan.

Osinbajo disclosed federal government’s plan for the commissioning of 248 housing units and the marking of the 1,000th home built by the Millard Fuller Foundation (MFF) in Nasarawa State at the weekend.

A statement from the Vice President’s office at quotes him as saying the 10-years plan would help to address the issue of inadequate housing in the country.

Osinbajo added that by ensuring low-income earners have the dignity of decent homes and livelihood, the country’s economy would record growth through a vibrant housing market and also improve the quality of life of Nigerians.

“This is a watershed event in the important work of providing housing for Nigerians who need it most”, the Vice President said at the commissioning, adding, “while the challenge of inadequate housing undermines the quality of life of many Nigerians on low income, it also denies our economy and, therefore, our collective welfare the growth that is possible through a vibrant housing market.”

“The most recent initiative regarding this is the N200 billion National Social Housing Programme under the N2.3 trillion Economic Sustainability Plan (ESP), which is aimed at delivering homes for Nigerians on a low income, as well as providing jobs for the local industry,” he added.

He stressed that the Federal Government was in the final draft stages of the 10-year housing strategy as a way of ensuring that the initiatives were sustained. “This strategy is the first of its kind with input from the private and public sector players,” he said.