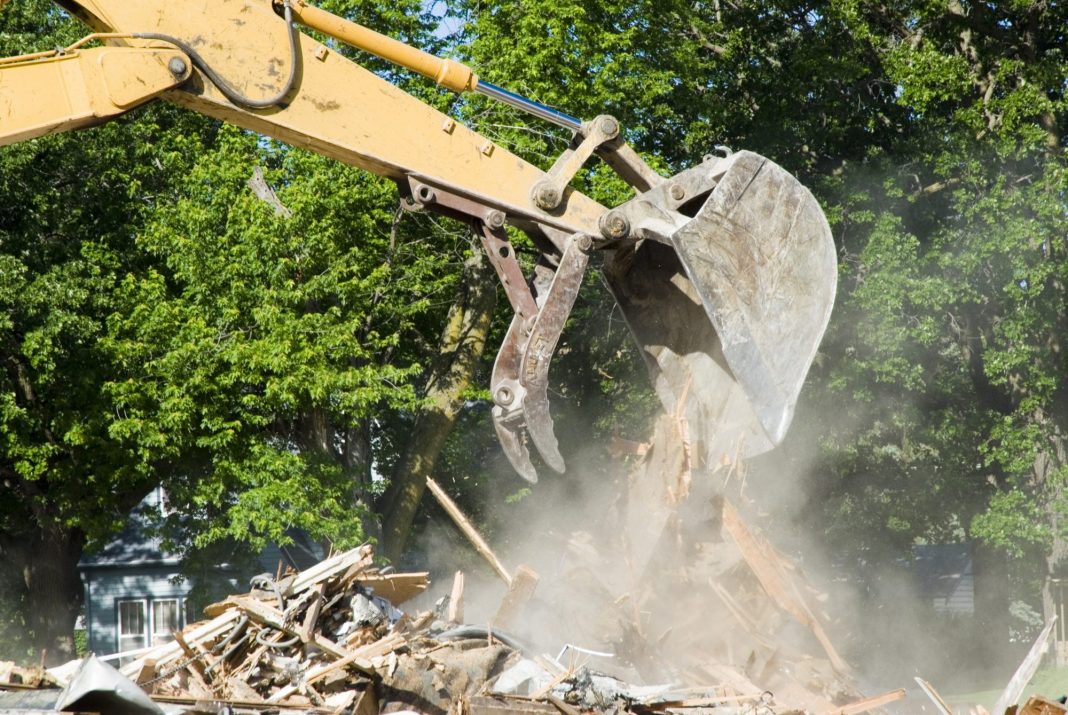 Ben Griffiths, SHE and operations director, Rye Group, looks at the ways construction and demolition companies are keeping their operations environmentally friendly, despite the perception that they can do little to be green

In the eyes of the public, the relationship between demolition and the environment is simple, straightforward, and – in a word – detrimental.

This isn’t an unreasonable assumption, by any means. Demolition is, as the name implies, destructive, and the most striking visual representations of the industry – explosions and wrecking balls leaving dust and wreckage in their wake – aren’t necessarily linked with environmental friendliness.

There’s always room for continued movement towards sustainability in every sector, and that goal takes on the flavour of urgency in demolition – especially when, according to a new report from Christian Aid, 2021’s ten costliest climate disasters caused damage in the region of £120bn. However, there is an important distinction between perceptions of demolition and the (far more sustainable) reality.

Between environmentally conscious practices, nuanced carbon-based decision-making, and the disposal of environmental hazards, the industry is being driven forwards in potentially surprising – and often sustainable – ways.

A balancing act for embodied carbon

The relationship between demolition and carbon is a prime example of how demolition can play a part in unexpected acts of sustainability. Built environments are, of course, a huge contributor to emissions on a global scale – causing as much as 39% of all carbon emissions, in fact, according to a 2019 report from the World Green Building Council.

By demolishing a building, the story goes, all of that embodied carbon can be seen as wasted – a carbon footprint has been established in aid of a structure that now no longer exists. Obviously, this perception of demolition does nothing to prevent perceptions of unsustainability. The reality, however, is far more nuanced.

A 2021 report from the UK Green Building Council (UKGBC) found that, with sufficient attention to detail, demolishing structures to make way for rebuilding efforts isn’t an extravagant waste of embodied carbon, but a temporary sacrifice in aid of creating “something that is going to be operationally more efficient and a nicer place to be (in terms of well-being and social value).”

It’s also worth noting that many firms are now turning to low-emission methods via, for example, the adoption of biofuels like HVO, meaning that the embodied carbon of any replacement buildings will be lower – another vital counterweight to add to the balancing act described in the UKGBC report.

In this light, demolition is a vital cog in a machine designed to produce long-term efficiencies, reducing carbon emissions and improving wellbeing while clearing the way for more sustainable, low-emissions buildings to stand for years to come.

The UKGBC’s report contributes to a larger dialogue over the relative merits of rebuilding versus reusing and refurbishing existing buildings – a debate which, as we’ve seen, offers opportunities for demolition projects that contribute towards sustainable goals.

Turning to the subject of reuse, however, it’s clear that similarly sustainable principles are already folded into existing and always-improving demolition practices. After all, as the report suggests, “reuse” can refer either to existing structures or – crucially – existing materials. And, in fact, the demolition industry is already remarkably thorough when it comes to the question of recycling during the course of the demolition process.

Not only is 90% of all construction and demolition waste (CDW) currently recycled – for example by being turned into aggregates and employed on roads – but the government’s Resources and Waste Strategy has set us on a path to the full elimination of avoidable waste within the next 30 years: a fact which doesn’t necessarily gel with the plumes of dust with which demolition is often associated.

Of course, certain materials can’t be recycled – especially if those materials pose a threat to people and the environment due to their toxic or hazardous nature. Whether those materials take the form of industrial acids, asbestos, or even – as the HSE warns – microbiological hazards, the disposal of this kind of waste transforms demolition firms from explosive-wielding producers of waste to vital agents in the process of decontaminating and disposing of severe threats to the environment and to public health.

This doesn’t mean that the industry should veer too far towards self-congratulations – there are always plenty more miles to travel on the road towards sustainability. These examples do, however, underscore a very clear gap between public perceptions of demolition’s environmental impact and the nuanced reality of our service.