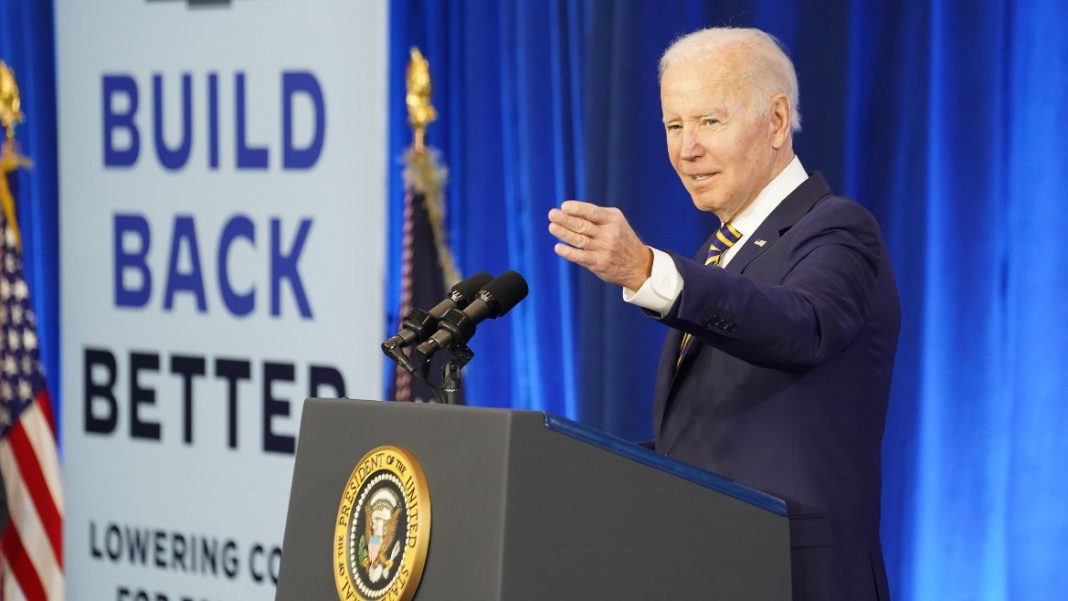 The Biden administration is moving to put the U.S. government’s purchasing power behind construction materials with lower embodied emissions and pollutants, with the White House launching a “Buy Clean Task Force” Feb. 15. as part of a slate of initiatives intended to lower emissions connected to manufacturing while boosting the economy.

The task force will identify materials to prioritize for consideration in federally funded projects, looking at their impact across their lifecycle, including manufacturing, the announcement states. It will also launch pilot programs to boost federal procurement of cleaner construction materials.

The group will also seek to increase embodied emission transparency with supplier reporting, the announcement states. That may come through incentives or technical assistance to help materials manufacturers reduce their embodied emissions and better report them.

Some state transportation depts. have moved to promote lower embodied emissions materials, but this federal effort has the potential to have wider-reaching effects. The federal government is the largest purchaser of goods and services in the world with an annual purchasing power of more than $650 billion, according to the General Services Administration (GSA). Members of the task force come from the U.S. depts. of Defense, Energy and Transportation, the Environmental Protection Agency, GSA and White House Office of Management and Budget. The federal government can move markets and convince companies to engage, says Lindsay Baker, CEO of the International Living Future Institute, which promotes green building standards.

“As more buildings pursue net zero, the share of carbon pollution coming from materials choices will continue to grow,” Baker said in a statement. “Buy Clean approaches are critical, both to daylight the big differences in carbon intensity among and across materials, and to drive purchasing power at low-carbon options.”

Eric Stuart, vice president of environment and sustainability for the Steel Manufacturers Association (SMA), says the U.S. steel sector stands to benefit from a government-structured buying program that recognizes the value of greener products. Investments in electric arc furnace steelmaking in the U.S. have resulted in a process that emits only a third of the greenhouse gas emissions of more traditional processes. The U.S. has the lowest carbon dioxide emissions per ton of steel produced among the world’s top seven steel producing countries, says Max Puchtel, director of government relations and sustainability at the American Institute of Steel Construction. Both steel groups anticipate working with officials on the effort, they said.

“We’re excited to see the government coming around to recognizing that value and making decisions that will help use U.S. tax dollars to purchase domestically produced materials,” Stuart says.

Federal agencies are already getting to work on the initiative. On the same day as the White House’s announcement, GSA released two requests for information seeking industry knowledge on environmental product declarations for concrete and asphalt materials. GSA will use the responses to create national low-carbon concrete and sustainable asphalt standards that will be used for land port of entry projects funded by the Infrastructure Investment and Jobs Act President Joe Biden signed into law in November. Those standards may include requiring suppliers to disclose lifecycle impacts of their products, officials say.

“Building materials are a major contributor to global emissions, and we’re excited to hear from industry about innovative products and approaches that can reduce carbon pollution while strengthening our homegrown manufacturing base,” Sonal Larsen, GSA senior advisor on climate, said in a statement.

The U.S. Transportation Dept. is planning a pilot program to increase the use of environmental product declarations and to incentivize use of low-carbon materials, the White House says.

The Portland Cement Association has said its members will achieve carbon neutrality by 2050 by targeting emissions across different stages of the material’s lifecycle. Michael Ireland, president and CEO of PCA, said in a statement that the administration’s initiatives reflect the group’s thinking. PCA plans to work with government agencies on the effort, he added.

Should the government later move to add environmental disclosures for steel as well, SMA’s Stuart says steelmakers have the documentation to be able to explain their emissions.

“It’s the right time for this type of buying apparatus to be put in place by the federal government, because it will allow us to educate the government as to the nature of our products, and benefit the domestic economy as a result,” he says.