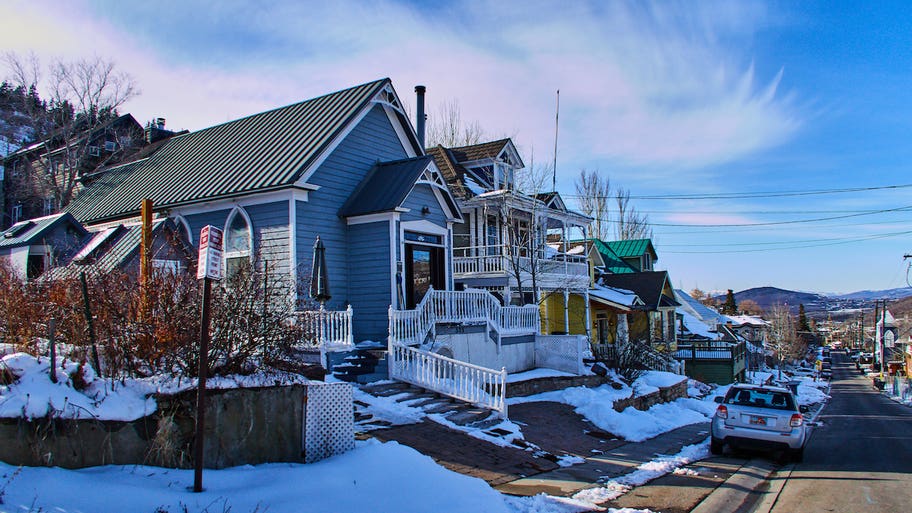 Count on the groundhog seeing his shadow long before we observe a drop in mortgage rates.

Where do the experts see mortgage rates heading in February? We asked several pros for their predictions, and the consensus is clear: Mortgage interest rates aren’t coming down anytime soon.

“I expect the benchmark 30-year fixed rate will likely average between 3.65 percent and 3.85 percent, with the 15-year fixed rate between 2.8 percent and 3 percent during the month,” says Greg McBride, Bankrate’s chief financial analyst. “The bulk of these rate increase moves were made in January as markets reset their expectations on the Federal Reserve. Moves in the next few weeks, however, should be more subdued.”

“Over the past few weeks, we’ve seen an increase in rates due to market conditions as well as some loan level price adjustments coming down from the Federal Housing Finance Agency on certain products,” says Adamo

Others foresee slightly lower rates over the next four weeks.

“Mortgage rates will continue to rise in February. Inflation will remain elevated as the Fed likely won’t raise interest rates in the next couple of months,” says Nadia Evangelou, senior economist and director of forecasting for the National Association of Realtors. “Remember that when inflation rises, lenders demand higher interest rates as compensation for the decrease in purchasing power. Thus, I expect the 30-year fixed mortgage rate to average 3.5 percent in February versus 2.7 percent for the 15-year fixed rate.”

“Rates are rising quickly week over week as we begin 2022. Rising mortgage rates reflect the market’s view on Federal Reserve policy, where three or four interest rate hikes are widely expected this year,” he says. “The increase in the expected path for short-term rates and higher inflation have put upward pressure on long-term interest rates, including mortgage rates.”

“The Fed will end its purchasing of mortgage-backed securities by March,” Evangelou says. “While inflation is rising even faster, the Fed may need to raise interest rates sooner than expected. We’ll likely see the first increase at the end of the first quarter. Thus, these two Fed strategies will push up mortgage rates in the following months. I expect the 30-year rate to average 3.5 percent for the first quarter of 2022.”

Adamo believes rates through the first quarter will range within a fairly small window – likely plus or minus 0.125 percentage point from where they are now.

“The markets have adjusted pretty quickly over these past few weeks as the overall market is digesting a potential move from the Fed,” notes Adamo.

Brace yourself for volatility in the rates market across the first few months of this year as the market digests news about omicron and looks for unanimity on future Fed policy.

“But as the uncertainty around these macro events subsides, interest rates should settle into a path of gradual increases throughout the balance of this year,” Kiefer says. “What’s unexpected is the route the omicron virus takes as winter ends and spring begins. There could also be any number of macroeconomic risks that emerge in 2022 that are not currently on the radar – things like geopolitical uncertainties or new shocks that hit the global economy.”

“Inflation is the hub on the wheel that will dictate just how aggressive a posture the Fed takes,” says McBride.

Of course, if inflation slows, mortgage rates may not creep up as high as many fear. The NAR expects inflation to begin easing in the second half of the year, growing by 4.5 percent by the end of 2022.

If you are in a solid financial and employment position, now remains a good time to lock in a relatively low interest rate on a mortgage purchase or refinance loan, our experts concur. But getting an affordable rate is only one hurdle to clear.

“For prospective home buyers, getting approved for the mortgage could be the easy part. The struggle will continue to be whether or not you can find a home available for sale in your price range. The good news is that mortgage rates are still very low in a historical context, but the run-up in home prices coupled with the recent surge in rates has priced out more prospective buyers, especially first-time purchasers,” McBride says. “Nobody likes to see mortgage rates going up as fast as they have because it dents affordability and take some wind out of the sails of the housing market. But a 30-year fixed-rate mortgage is still your best gauge of affordability. If you can’t afford a house with a 30-year rate that can still be had below 4 percent, you can’t afford the house, period.”

Kiefer is firmly in that camp, too.

“Given the importance of the financial decision to purchase a home, borrowers should not rush into the market. If you have to ask if now is a good time to buy, that might be a good signal that you are not yet ready to purchase a home,” Kiefer says.

If rising rates are a downer, remember to put things in proper perspective.

“Even though mortgage rates have increased, these rates are still historically low. Recall that rates were 4.5 percent three years ago,” adds Evangelou.

For those who have procrastinated on refinancing, “that sound you heard was the door closing. Mortgage rates are back to levels last seen in March 2020,” adds McBride.

Still, if you can lower your interest rate and yield significant interest savings, and you can afford the fees and closing costs involved, a refinance can be just the ticket to make homeownership more affordable.

“The lows we saw during the pandemic are not likely to return in the short term,” Adamo says. “But rates are still in the affordable range if you look at the historical average.”