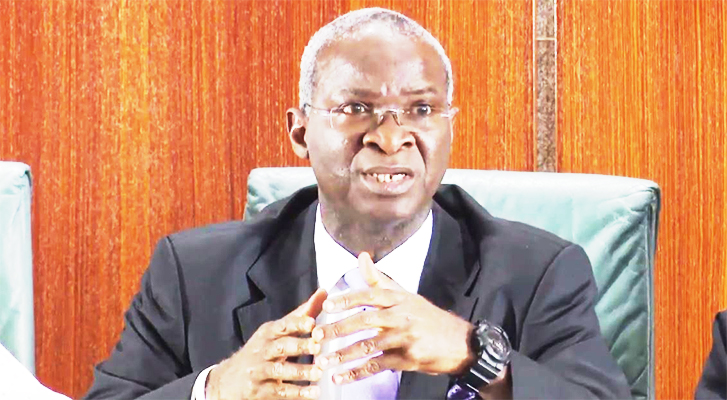 However the Nigerian Institution of Estate Surveyors and Valuers(NIESV), has been in the forefront of expressing grave concern over this development. This monthly rent debacle has unsettled most players in the built environment with its attendant speculative tendencies.

In an exclusive interview with Daily Independent, the President of NIESV, Esv.Emmanuel Okas Wike, said that since last year when the idea was mooted, institution had engaged the Minister for Works and Housing, Nr.Babatunde Fashola on the matter “with a view to finding a workable agreement”

His words: “We have had series of meetings with the Honourable Minister on the subject matter and as I speak to you,we are yet to arrive at an agreeable conclusion”.

According to him, the institution as the name connotes, deals with physical properties hence our interest in the issue.

He was however, quick to add, that whether it’s monthly or yearly payment, It does not have a negative effect on its dealings with their clients.

Wike pointed out,that for every prospective client, he or she pays based on the agreement subsisting both parties, that is, the estate surveyor and the would be tenant or tenants as the case may be.

The NIESV helmsman said that the institution has not foreclosed discussion with the minister on the matter,noting that another had been scheduled with him.

He said: “We are not opposed to the proposal but what we are advocating, is for the matter to be properly scrutinised with a view to finding a workable solution that would be beneficial to all”.

According to him, we are comfortable with whatever is the outcome of our meeting with the Minister whenever it eventually come to fruition