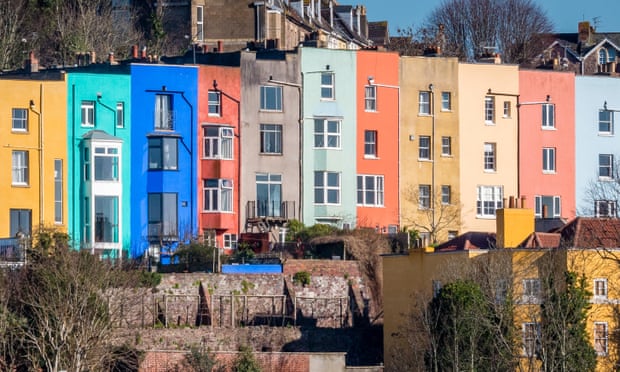 Average price of home rose to £255,556 in January from December, says Nationwide

Britain’s housing market has made its strongest start to a year since 2005, with annual house price growth rising to 11.2%, according to the UK’s biggest building society.

Nationwide said the average price of a home hit £255,556 in January, the sixth consecutive monthly increase. The annual growth rate accelerated 0.8 percentage points from 10.4% the previous month, reaching its highest level since June.

Robert Gardner, Nationwide’s chief economist, said: “Housing demand has remained robust. Mortgage approvals for house purchase have continued to run slightly above pre-pandemic levels despite the surge in activity in 2021 as a result of the stamp duty holiday, which encouraged buyers to bring forward their transactions to avoid additional tax.

“Indeed, the total number of property transactions in 2021 was the highest since 2007 and around 25% higher than in 2019, before the pandemic struck. At the same time, the stock of homes on estate agents’ books has remained extremely low, which is contributing to the continued robust pace of house price growth.”

Many forecasters, including Nationwide, predict the housing market will cool later this year. Gardner noted that house price growth had outpaced wage growth by a wide margin since the coronavirus pandemic struck. For example, a 10% deposit on a typical first-time buyer home is now equivalent to 56% of total gross annual earnings, a record high. Similarly, a typical mortgage payment as a share of take-home pay is now above the long-run average despite mortgage rates remaining close to all-time lows.

While affordability has worsened, household finances have been hit by sharp increases in the cost of living. Consumer price inflation reached 5.4% in December, its fastest annual rate since 1992, and is set to rise further as the energy price cap is lifted in April. This is likely to force the Bank of England to raise borrowing costs again.

Jeremy Leaf, a north London estate agent and a former Royal Institution of Chartered Surveyors residential chairman, said the Nationwide survey “confirms what we have seen on the ground – a resilient market with prices still rising in response to improving but continuing low stock levels. Looking forward, higher interest rates and inflation will inevitably have some impact on the pace of price increases and number of transactions.”

Guy Gittins, the chief executive of the London-based estate agent Chestertons, expects the London market to remain at high activity levels in the first half of this year.

“For many, 2022 feels like a new chapter and house hunters have been eager to begin the new year in a new home. Following on from a busier than usual December, London’s property market has continued to see record numbers of buyers registering throughout January.

“While spacious properties or homes with an outside space remain sought-after, apartments in some of London’s more central boroughs are experiencing a steady comeback. This is particularly driven by professionals who are returning to the office and are seeking a nearby home as well as international investors and students.”

In these perilous times, a truth-seeking global news organization like the Guardian is essential. We have no shareholders or billionaire owner, meaning our journalism is free from commercial and political influence – this makes us different. When it’s never been more important, our independence allows us to fearlessly investigate, challenge and expose those in power. Support the Guardian from as little as $1 – it only takes a minute. If you can, please consider supporting us with a regular amount each month. Thank you.