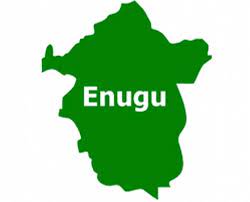 The Enugu State Housing Development Corporation (ESHDC) has disclosed that it is tackling housing deficit in the state through provision of affordable housing for civil servants.

The Corporation’s General Manager, Mr Chukwuemelie Agu, who disclosed this on Monday in an interview, said housing scheme was to ensure that civil servants in the state own houses at various estates provided by the corporation and reduce housing deficit in the state.

According to him, the corporation has built over 1,900 housing units comprising of 750 housing units at Coal City View, 250 at Town and Gown Estate at Enugu State University of Technology (ESUT) and 300 units at Hiamalayers Amamkpaka.

Agu said the project was being executed in partnership with the Federal Mortgage Bank, AG Mortgage Home and some real estate developers.

“We profile civil servants who are our primary subscribers with elongated repayment plans depending on the time they will leave service and we give them 20 to 30 years. We deduct less than 30 per cent of their salaries so that it will not affect their lifestyles and we collect 10 per cent of the total sum from them to show commitment,” Agu said.

The general manager, however, noted that the increase in the cost of owning a building had doubled due to high cost of building items in the market.

He said, “The cost drivers such as land, rods, cements, roofs, paint, louvers, woods and others determines the cost and rent of a building. Given to all these costs, there is no way we can sell below the cost price to suit low income earners,” he said.