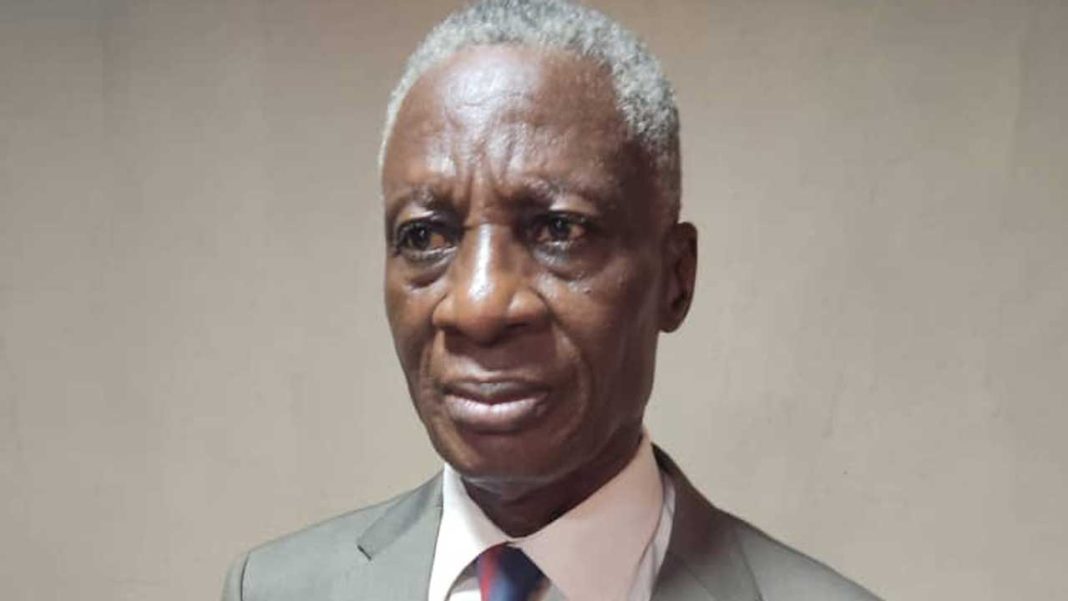 Mr. Kayode Ogunji is the chairman of, Faculty of Estate Agency and Marketing, Nigerian Institution of Estate Surveyors and Valuers (NIESV). He spoke to VICTOR GBONEGUN on issues in the sector such as fraudulent practices in the property market, hike in property prices, multiple taxation and housing data.

Stakeholders are worried about the prevalence of fraudulent practice and online scams in the real estate business. What is fueling this problem and how can it be tackled?
Scamming is not limited to the property market; every business has one way or the other been impacted by such illegal activity but it is more pronounced in the sector because it is capital driven.

In other businesses or industry, when any scam occurs, the money involved may be around N5 million or N500, 000, while in the property market, it could be over N100 million.

It will always be there, but for people not to be scammed due diligence and process is needed and must be observed. The society needs to deal with certified professionals, who have to do their job by advising their customers on the pros and cons of where they intend to purchase properties and the problems they are likely to encounter.

The professionals have to do due diligence by finding out if the property has necessary title, the government plans on the property in the location where it’s situated and others. They need to do this because the institution can sanction professionals that failed in their responsibility to get clients best of deals in the market.

The society needs more sensitisation by the institution and government because the situation has gone messy. This is the way to reduce the prevalence of scam; we might not be able to eliminate it.

People shouldn’t be ‘penny wise, pound-foolish’ but must go through the right channel for scams in the property market to be reduced. We shouldn’t say the fees to be paid to a professional are costly because if people get into problems, it brings the feeling of ‘had I know’.

The real estate market has been slow in recovering from the COVID-19 pandemic. What are the reasons for its low performance in 2021 and what prospects do you see in the industry?
When we put investment in the market together, the property market is not doing badly despite the COVID-19 pandemic in this past year. A lot of people still bought properties and made their money. In 2020, they couldn’t go out, but in 2021, they had the opportunity because property has a characteristic, which is a ‘store of wealth’ and so they utilised it rather than putting their money in the bank or investing in the stock market.

Whether we like it or not, that maxim still holds that property will always appreciate even if you buy a property in Mushin today and wait another six months, it won’t be the same.

There are some areas of the sector that were affected by COVID-19, but when it comes to residential and industrial, the areas are performing well. The same thing for hospitality/entertainment sectors and also look at how many shopping centres that came up in 2020. If people are not patronising them, they won’t be coming up and people are still demanding for lands for shopping centres. The Lekki axis of Lagos is growing in terms of industrial and residential properties.

The office segment performance was low but will bounce back because in offices, isolation is required and people have seen the difference between coming together to work and working from home.

People may reschedule coming to the office maybe three or four times in a week, then the remaining two or three work from home. There is a lot of prospect in the industry because the money is there and there are lots of investment opportunities coming up in the country.

The major problem, we should start addressing now is the growing population as people are not going to sleep under the bridge and that is why the property market is unique. We need housing for people and as the economy grows, the status of people grows along with it and fostering relocation from low to highbrow areas.

Also by the time we have the 5-G network installation, the telecommunication section will employ more people to upgrade and acquire more sites and so there is prospect.

What COVID-19 did is that it slows down the property market and at the same time relocates some of the capital and value to other areas. Some areas opened up and so we could see the mass movement to those areas.

People are blaming increase in house prices on commission charged by agents, especially estate surveyors. How do you react to this?
That is not true. We’re not responsible for increase in house prices. We are in a country that doesn’t respect the work of a professional; these professionals need to move around, run their offices. When you talk about sale or letting, do you know how many hours that a surveyor has put into it, starting from going for inspection and preparing the papers?

The institution has a ‘scale of fee’ for estate agency, valuation and project management, which is open to the public. I don’t think estate surveyors will charge outside that and before the institution fixed the rate, which was approved by its registration board, we understand that a lot of factors were put in place.

Surveyors are even complaining when they realise the efforts put into private sale but the approved fees by the institution have to be applied. We should educate our people that professionals are entitled to their remunerations.

Despite clamour for removal of multiple taxes in real estate sector, the government is adamant and many businesses are groaning under such taxes. What has been the effect in the sector?
The taxes we could look at include capital gain tax, that is when you buy a property, or the consumption tax, if you are in the hospitality sector and others. There are lots of taxes, which came up that people see as duplications.

If there is the possibility of reducing the percentage by government, that would help the sector. It has affected the sector a lot. For instance, if you go to Land Bureau, Lagos, you will see a lot of files that have been abandoned by the owners and as a result, they are in ‘Keep In View’ when the owner is not forthcoming. The major problem is that a lot of the properties are useless to the economy because there is no title to them.

You can’t go to the bank and pledge it and so the capital is tied down. We have many of those properties in Lagos, which the titles are not perfected and so they are not generating any income to the owner.

There are suggestions for government to impose taxes on vacant buildings in major cities. Do agree that such law will curb housing deficit and reduce vacancy rate in the country and government shore up internal revenue through the real estate sector?
It cannot. When it comes to the issue of taxing vacate or abandoned properties, can that work? The abandoned properties, who owns them? Why are they classified as abandoned? It is either government abandoned the project because there is no continuity in governance and secondly the private owners who initially have money when started, project but mid-way, the money is no longer there.

There could be litigation on some of the properties too. Is it the defendant, the plaintiff that would pay the tax? I don’t think it would work. The abandoned Federal Secretariat in Ikoyi has been there for years and so if we are taxing the property, who pays?.

The only thing government could do is to look into how to empower people and reduce bottlenecks that hinder people from acquiring property as well as introduce single digit mortgage.

Government can shore up revenue through the sector by not introducing a flat rate tax scale for property owners. Introducing a flat rate would not make people to pay. For instance, a building design from Victoria Island built in Mushin area should not command the same rate. The maxim of economics says that a tax rate that would be difficult to collect should not be introduced. When it is difficult to collect, then, it doesn’t worth it because we are a nation that doesn’t believe in paying taxes. It is only abroad that people can’t run away from taxes.

There are worries about lack of data in the industry, which is preventing Foreign Direct Investment (FDI). What is the way forward?
I’m one of those that don’t believe that there is no data. We have a lot of data but those data are in micro. For example, I have been practicing for over 30 years; I have some records of sales done in certain areas and the year. Other big firms in the profession have over 50 years data in their kits.

We need to harmonise these data into a common pool, where they can be easily accessed. Until that is done, we will be saying there is no data. Let’s have synergy for people to gather these micro sources to central point and process it and then, have access to it. NIESV started it some year’s back, which is not enough, we need Federal Government intervention through its Ministry of Statistics.

The bureau could harness data for the different sectors, for example banking, aviation, real estate and other sectors. NIESV can only do some things to help because I knew something was done in Lagos, Abuja and Port Harcourt and so there is a synergy within the institution.

Experts have advocated the adoption of private treaty and auctions as potent tools to boost property sale. What is your view about this?
Auctioneering has been in Nigeria for so long, but it is not the right way of doing it and the institution is still battling with it. Auctioneering should give adequate time for people to inspect property and title and ask questions/ or carry out investigations.

If you want to do online bidding, leave the place open for people to bid and make it transparent unlike the private treaty for property. Leaving it open, will reduce the scam in the industry.

Like in the peak of COVID-19, you couldn’t do auction/bidding in your office or sitting room. I think it should be encouraged because it is fast and save time as well as help the estate surveyors.