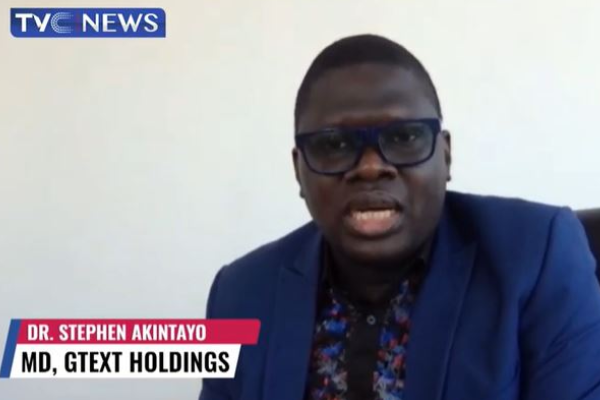 According to recent statistics from the Federal Mortgage Bank, Nigeria is plagued with a deficit of 28 million housing units. This means that 28 million people or more are homeless.

Efforts by the government to bridge the gap and provide housing for its people have not been far-reaching. This is why a private company has decided to step in.

Managing director of GTEXT Holding, Dr. Steven Akintayo speaking on housing deficit in Nigeria said “it started with my childhood. I was born in Maiduguri, and my education was affected because we kept moving from one house to the other, because the landlord kept increasing prices of the houses, and we had to move to a particular house where there was lack of running water, and electricity. And that was how it was.

“Growing up, i’ve always had the passion that, I want to be in a position to be able to build decent housing for people, because I didn’t have it. I never saw a toilet that you can flush until I was 13.”

Speaking further, Mr Akintayo said, noted that the organisation provides affordable homes across the country as the major issue with housing in Nigeria is affordability and flexibility.

He stated that GTEXT Homes has stress-free instalment payment plans with zero worries on land grabbing.

According to Mr Akintayo, Nigeria is still one of the few countries in the world with a huge volume of population where you have to pay outright for a house or for land.

“We’re also the only country that is not building housing units at the volume we need of the growth of our population.

“When you compare Nigeria’s population growth, by the year 2050, Nigeria is going to be over 350,000,000 in terms of population growth. By the year 2100, Lagos will be the largest city in the world, the entire world, according to Washington Post research.

“What this is telling us that is that we will have a bigger crisis in our hands in terms of housing, in terms of people being able to have quality shelter, and even in our own part of vision, 2035 is just 25,000 housing unit. We hope we can get funding to be able to do way more because the private sector, there’s a limit to how affordable the private sector can go.

Speaking on the issue of funding, the GTEXT MD said many in the private sector avoid taking loans because of the way colleagues in the business are being treated.

“I hope the CBN can come up with a mechanism that allows people to have up to 30% of the money directly, without having to go through a third party.” It is tough for us because sometimes when the CBN claims to have linked with commercial banks, the money does not reach the average Nigerian or partner with a mortgage bank due to the large number of people attempting to obtain this thing. As a result, it becomes more sophisticated as time goes on.