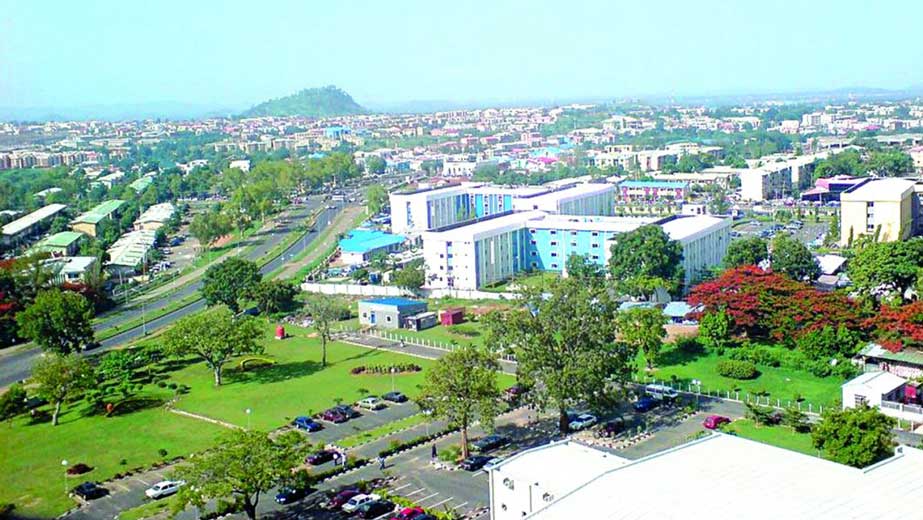 As Nigeria’s government is putting everything together to celebrate the nation’s 62nd independence anniversary, experts in the housing sector have expressed mixed reactions over Nigeria’s increasing housing deficit and low performance of government. DAYO AYEYEMI reports.

In another four days, Saturday to be precise, Nigeria’s government will be celebrating the nation’s 62 years of independence.

As usual, as both the Federal and the State Governments are mapping out strategies to make the celebration worthwhile, concerned stakeholders are already taking stock of development and activities in the country, especially in the housing/real estate sector to see if the country has made progress.

While some of the experts have decried unimpressive performance of the government in the provision of affordable homes for Nigerians after 62 years of independence, others have expressed mixed feelings.

They have expressed sadness over the increasing housing deficit among the low and medium income earners in the country.

However, it is no longer news that Nigeria has an acute housing deficit of over 20 million units and would need over N6 trillion to fix the accommodation gap.

To bridge the gap, the nation will need to produce one million houses per annum for the next 20 years.

Currently, the nation is producing less than 100,000 units of housing units per annum. This figure, industry’s stakeholders said was a far cry from what is required to house millions of Nigerians that are in need of a roof over them.

Taking a cursory look at the country after 62 years of Independence, a renowned Estate Surveyor and Valuer, Mr Femi Oyedele, said that Nigeria has not done well as far as infrastructure  development is concerned.

Besides, he stated that the unemployment rate at 33.3 per cent was inimical to property market.

Oyedele noted that Nigeria is the only oil producing nation in the bottom of the global infrastructure table apart from the war-torn Venezuela.

“The infrastructure report of Nigeria according to World Economic Forum (WEF) is unimpressive. Nigeria was in 125th position out of the 137 nations that were surveyed in the 2021-2022 Global Infrastructure table.

“Our private finance initiative (PFI) should be reviewed” he said.

Unfortunately, he identified high rate of corruption as a major factor that would not allow the private finance initiative to work in Nigeria.

He urged government to create an infrastructure development and finance committee under Federal Ministry of Works and Housing to look into the novel methods of accelerating infrastructure delivery in Nigeria.

“We need to go local by using cement concrete roads which last more and cheaper in the long run than the asphaltic concrete roads,” he said

Assessing the housing/real estate sector in last 62 years, he pointed out that the real estate of nations in the world contribute between 2 -10 per cent to the gross domestic product (GDP) of nations.

“According to the National Bureau of Statistics (NBS), Nigeria real estate sector grew by 1.77 per cent on 2021 and contributed a total of 5.28 per cent to the GDP. This is whopping $5.3 billion.

To increase housing provision, he urged that government must improve on security, increased the formal land titling structures that hindered the growth of percentage of registered land in Nigeria from less than 3.0 per cent

According to him, the unemployment rate at 33.3 per cent was inimical to property market.

Talking about the mortgage sector, Oyedele explained that until the nation has a data bank of property owners which will make it difficult for investment property owners to access mortgage loan at the same rate as first time buyers (FTBs); adding that until more people are put to work and reduce the commercial banks’ interest rates to less than 15 per cent and fix mortgage rate at between five and seven per cent, Nigeria can’t run a proper mortgage industry.

He defined mortgage as “a legal agreement by which a mortgagee lend money to a mortgagor for the purpose of procuring a property and in which the collateral is the title of the property.”

According to him, mortgage industry succeeds on good income of the citizens.

To change the narratives, he advised that the corruption level in the country must be reduced to minimal.

According to him, local governments in urban areas must be ready to manage social housing for the poor, adding that laws like the staff housing scheme of 1979 must be implemented.

“We must realise Nigeria is not as rich as we perceive it to be.”

He stated that in the last 62 years, his assessment of the nation’s real estate/ housing sector is mixed with good and bad feelings.

According to him, there was good feelings from independence till 2007.

The TCA initiative, he explained involved the developer, Federal Mortgage Bank and Primary Mortgage Bank, which resulted in the development of several housing estates all over the federation.

However, he pointed out that when president Umaru Musa Yar’Aduaadministration came on board, the gains recorded in the administration of President Olusegun Obasanjo via the implementation of TCA was eroded with “ethnic sentiments where disbursements of funds was predetermined by who you know in government circles.”

“When you look at what was obtained in eight years of President Olusegun Obasanjo and the previous administrations before him, housing/real estate sector witnessed reasonable development. Even President Shehu Shagari built housing estates all over the country,” he said.

Considering the level of insecurity in the country presently, Bamgbade said many developers are scared of visiting the existing project sites talk less of building new estates.

He also bemoaned the nation’s mortgage sector, saying it has not worked 62 years after independence.

To right the wrong, the renowned real estate developer urged the Federal Ministry of Housing to provide land to real estate’s developers with bankable titles.

“Global Certificate of Occupancy should be issued to housing estate developers to enable them assess funding in the financial markets.

According to him, the Federal Mortgage Bank must process and conclude disbursement of funds within one month both for housing developments and individual home seekers.

He pointed out that if the two salient points are faithfully addressed, housing/ real estate sector would surely witness tremendous success in all ways.

As at the last count in April 2022, especially during the end of tenure of estwhile Managing Director of the Federal Mortgage Bank of Nigeria (FMBN), Ahmed Musa Dangiwa, an architect, the management reeled out the bank’s notable achievements to include the mobilisation of N294.1 billion in additional contributions to the National Housing Fund (NHF) Scheme at an average of N58.8 billion per annum, representing over 117 per cent increase from the N232.8 billion the team met in April 2017.

It also mentioned the disbursement of 175 million in affordable housing loans and construction finance representing over 111 per cent increase from the N152 billion the team met in April 2017.

Other results included the provision of NHF’s mortgage loans to 5,938 Nigerians, home renovation loans to 77,575 beneficiaries, and the delivery of 13,499 new homes.

The management team said the bank encouraged the speedy processing of N39.5 billion in refunds to 247,521 retired NHF contributors representing over 359 per cent increase from the N10.8 billion the team met in April 2017.

Others, it said “The development and commencement of the N40 billion FMBN Mega Cities project under the FG National Economic Sustainability Program (NESP) to deliver 5,000 housing units.

“Championing of initiatives that have made FMBN affordable housing products more affordable. This includes relaxed equity requirements of up to 30 per cent to 10 per cent for loans above N5 million , and 0 per cent for those below N5 million  while retaining single digit interest rate regime for personal loans and thereby promoting inclusiveness; creating innovative products such as the rent to own, individual construction, Diaspora mortgage loan and non-interest mortgage and revamping the co-operative housing development loan products to ensure that more Nigerians can benefit from FMBN.”