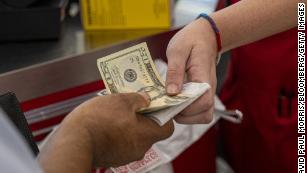 FINANCIAL institutions “can do more” to unlock the potential to scale up green housing finance, said a top central banker.

“The incorporation of green considerations in funding extended to developers and those involved in construction activities such as engineers and raw material suppliers. This remains largely untapped and can help offset or spread over time the generally high upfront costs associated with green buildings.

“Protection products, such as green housing insurance, also remain an unexplored market in Malaysia despite the steadily increasing number of green buildings in the country,” she told a conference in Kuala Lumpur today.

She said novel features such as additional protection for non-certified green buildings being rebuilt in green when damage occurs could also be explored.

In responding to the need for green housing, Chew noted that some of the issues that crop up are housing affordability and the current high levels of household debt.

Speaking at the one-day Developing and Financing Green Housing in Asia Conference organised by mortgage corporation Cagamas Bhd, Chew said the environmental impact of buildings in terms of greenhouse gas emissions stems not only from energy use for lighting and air conditioning, but from the way in which buildings are constructed, operated and managed.

Globally, she said the building sector accounts for more than 40% of energy consumption, generates approximately 40% of all waste and consumes 16% of water for construction.

“Here in Malaysia, buildings consume almost half (48%) of the electricity generated in the country. In response to this, green buildings were conceived, prioritising environmental and health concerns as well as resource efficiency throughout their lifecycle,” she said.

As a country, she said Malaysia has committed to the target of reaching net zero emissions as early as 2050. In line with this and the priorities laid out in the 12th Malaysia Plan, she noted that state and city councils have increasingly stepped up efforts to spur the greening of their respective jurisdictions.