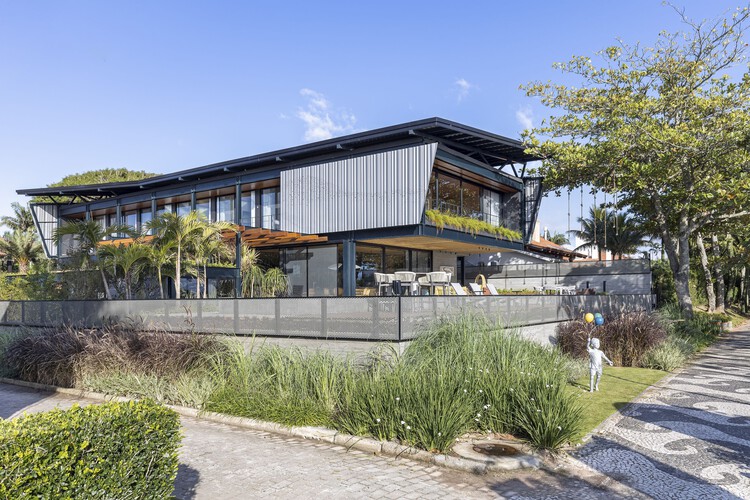 The Construction Industry: A Major Contributor to Climate Change
According to the World Economic Forum, the global construction industry contributes around 38% of total global carbon emissions. The number of buildings constructed worldwide every week could fill a city the size of Paris.

Approximately half the carbon emissions produced by a building during its serviceable lifetime are produced during its construction before people even use it. This is known as “embedded carbon”, and materials such as concrete and cement are estimated to be responsible for about 8% of total global carbon emissions.

The construction industry is also responsible for the exploitation of vast amounts of virgin, non-renewable resources, energy, and produces enormous amounts of waste materials during both construction and demolition. Nearly all the waste produced during a building’s lifetime is disposed of in the environment, typically in landfills, losing valuable resources which could otherwise be used to improve the sustainability and circularity of the sector.

Green Strategies in Construction
Recognizing the scale of the issue, the construction industry has focused on strategies to significantly reduce the carbon footprint of new buildings and infrastructure.

Equipment is getting a green upgrade too. Companies have explored the use of environmentally friendly construction equipment, with Hyundai announcing the development of an excavator which is powered by hydrogen fuel cells, with plans to introduce this machinery in 2023.

One of the most interesting areas of sustainable construction is the use of alternative construction materials which can reduce the amount of embedded carbon in new buildings and infrastructure. Numerous sustainable materials have been investigated in studies over the past few decades, with varying degrees of success.

Sustainable construction materials have made their way into the market over the past few years, displacing the use of conventional carbon-intensive materials such as concrete. Examples include geopolymer composites, recycled plastic, recycled wood, rammed earth, bamboo, wool insulation, living rooves, straw bale, Ferrock (a type of recycled material made from materials such as steel and dust), and hemp.

The Use of Hemp in Sustainable Construction
Hemp is an ancient construction material. Over the course of recent history, the use of hemp has been overshadowed by its association with its psychoactive cousin, cannabis. However, there has been renewed interest in the use of hemp for a variety of commercial products, including as a sustainable building material that can offer a low-carbon alternative to conventional materials.

Many building materials based on hemp have been developed by scientists in recent decades, which show excellent commercial promise. Hemp particleboards and chipboards use this eco-friendly plant-derived material and incorporate other fibers such as flax to produce a stronger, lighter, and more moisture-resistant alternative to conventional chipboard.

Hempcrete is a revolutionary concrete-like material that combines industrial hemp hurds (inner cores of hemp plant stems), water, and lime-based binders. Once applied and dried, hempcrete becomes a strong and lightweight building product that can be used in new homes.

Hemp provides several benefits for the construction industry and is playing an increasing role in the sector’s net zero carbon aims to meet international climate change mitigation targets by 2050.

Case Study: Common Knowledge – Building Tiny Homes from Hemp
The potential of hemp as an eco-friendly and low-carbon construction alternative is vast, but one social enterprise in Ireland is championing the small benefits of this ancient building material. Teaming with Margent Farm, a hemp producer, Common Knowledge has designed a low-carbon tiny home using hemp.

They have stated that their tiny homes could help people struggling with the cost-of-living and housing crisis. Named Tigin Tiny Homes, they are essentially oversized caravans. Aside from corrugated hemp cladding panels, these homes are made from other sustainable materials such as cork for insulation and natural rubber for flooring tiles. They can be purchased pre-made or people can learn to build their own.

The hemp panels were first used in Flat House, a pioneering zero-carbon project and are constructed out of plant fibers and sugar-based resins from agricultural waste. Both are lightweight and extremely sustainable, and whilst planning regulations in the UK restrict their use in architectural products, this is less so when they are used in mobile construction.

Common Knowledge intends to make the plans for their Tigin Tiny Homes open source, which means that they would be free to use for anyone who wants to build their own. These plans would include architectural designs, materials lists, recommended suppliers, and pricing information.

In Summary
Hemp is an ancient building material that has garnered increased interest in recent years due to the need for sustainable alternatives to conventional materials such as concrete and the urgent requirement to reduce the construction industry’s carbon footprint and limit environmental damage. With innovative projects such as Common Knowledge’s Tigin homes, the future of hemp in the construction industry is looking promising.