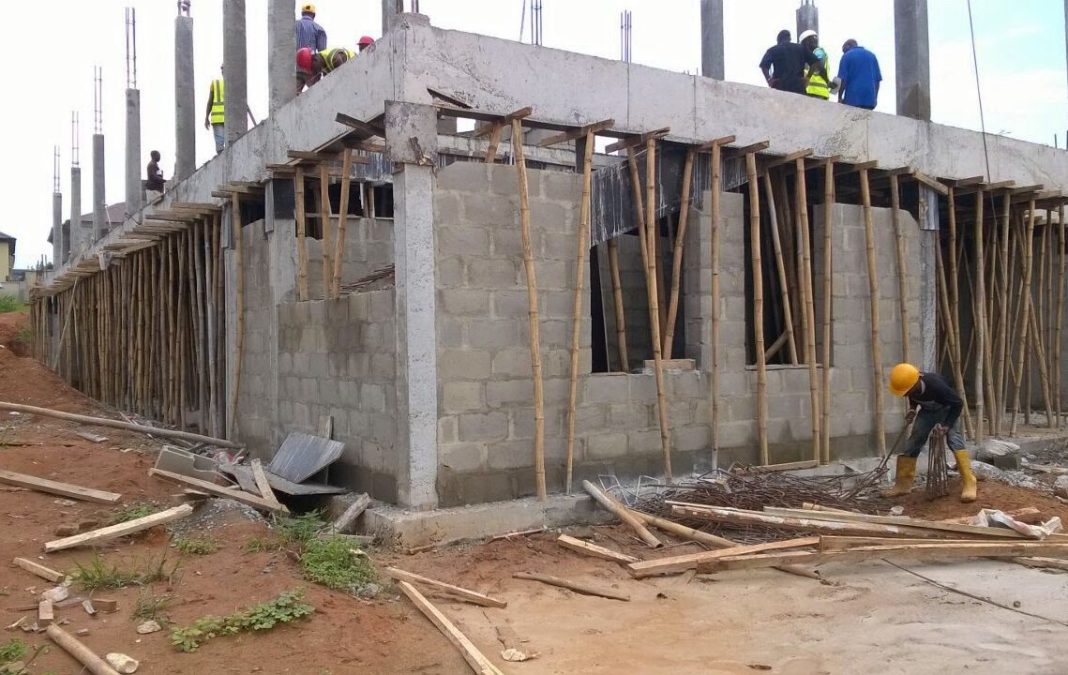 With nearly half of Nigeria’s population living in poverty, avoiding the challenges of living in a rented apartment is a dream only a few can afford to accomplish in a lifetime.

Owning a house of any size and in any location has become one of the most important success factors, given the high cost of purchasing a land, bureaucratic land registration process, devaluation of the naira which leads to high cost of building materials and the menace of land grabbers, popularly called ‘omo-oniles’ in Lagos state.

The term ‘omo-Onile’ traditionally means indigenous landowners, but is now also used to describe land grabbers and scammers who defraud unsuspecting Nigerians by either selling a single landed property to multiple buyers, selling of houses under litigation or collection of taxes or fees on already sold lands.

A realtor in Lagos state Diya Olaleye, told TheNewsGuru.com (TNG) that when purchasing land from ‘omo-onile’, a buyer must seek to identify the real owner of the land in order to avoid extortions.

“When you want to buy a land, there might be many people acting as agents for the same land and so it is important to do some background checks on the land of interest to ascertain the real owner.

“Otherwise, you might end up giving money to an agent or child of the owner of the land in some cases, and due to the polygamous nature of the family, you later have to deal with a lot of issues that either make you spend more or lose the land altogether,” Olaleye said.

After successfully purchasing a piece of land, one must set aside some money for the locals before a building project can commence and the amount is often dependent on the kind of structure to be erected and one’s ability to negotiate.

Olaleye further explained that apart from getting access to build, “settling” these locals also help guarantee security of the property and enable the home builder integrate well within the community.

Findings by this newspaper revealed that the extortion can come at different stages of development such as foundation, plastering, roofing, fencing, digging of borehole and cesspit (soakaway). Those constructing a storey building are also expected to pay “owo decking” (money for decking).

Real Estate developers in Lagos and neighbouring Ogun state now entice prospective clients with assurances that lands or properties bought from them would be free from ‘omo-onile’ challenges.

Some Omo-oniles go to great lengths to fabricate false deeds of assignment and even survey plans in order to trick naïve buyers, including professional Real Estate investors.

A business woman Racheal Udoh, said she purchased a piece of land in Sangotedo from persons posing as the real owners and commenced construction before discovering that she had been duped by fraudsters.

“When I attempted to begin construction, some people came to seize my tools and chase away the artisans I had hired, alleging that I had encroached on their property.

“I insisted I had bought the land genuinely and showed them the receipt and deed of assignment I was given, but after further research, I discovered that the persons claiming to be the family owners were fraudsters, and I had paid the wrong people,” Udoh said.

She added that she had spent nearly N10 million to purchase the land, process documents, erect a fence and partial rafting before the discovery which left her in shock.

Another victim, Victor Azubuike, said he purchased an acre of land in Akodo, Ibeju-Lekki some years ago for N8 million from ‘omo-oniles’, but later discovered that it had previously been seized by the government and all attempts to contact the seller and surveyor of the land has proved abortive.

In yet another incident, 50-year-old Tunde Alabi, sold two plots of land in Ibeju-Lekki valued at N8.5 million to one Nnona Ejiofor, claiming it was family land.

Ejiofor said she was issued a receipt of the land sale and commenced construction of her building when Alabi “unlawfully entered the land and destroyed building materials worth N5 million”.

It was later discovered that Alabi was not the real owner of the land and the matter has been charged before a magistrate court in Yaba.

Spokesperson of the area Aare Oladotun Hassan, who led a protest to the Federal Radio Corporation of Nigeria in Ikoyi on Monday August 1, said residents were suffering due to infringement of their rights by land grabbers.

“These land grabbers now have corporate organisations and real estate firms working for them to make life difficult for the people by buying villages with no proper due diligence,” Hassan lamented.

He stressed that the Land Use Act was meant to protect residents and interests of the state, not to cause harm to innocent people, asserting that the commercialization of land by the government should not be at the liability of the community.

A Lagos resident John Ugochukwu, said he finished building his house located in Ogombo Village Sangotedo, last December but eight months down the line has been unable to get and electricity supply to his apartment.

However, the next day, he said some men claiming to be members of an ‘Elites Estate Association’ came to disconnect his house, alleging I was owing a fee of N1, 080, 000.

“The Association people said they had not received my money; that until they receive N1, 080, 000 or I pay N500, 000 and write an undertaken on how I would be paying the rest of the balance, I would not be reconnected,” Ugochukwu narrated.

He told our reporter that he had bought his land directly from ‘omo-oniles’ and but a few landlords bent to turning the area to an estate were now extorting money from new house owners with the knowledge and support of EKEDC.

The estate gave a breakdown of the fee to include N480, 000 for connection to the 300KVA transformer it purchased, development fee of N250, 000 and road construction fee of N350, 00. It also provides customized check meters to residents.

On its part, the EKEDC said it is aware that as part of internal rules within the estate, any new member seeking connection to the private or dedicated transformer, must first pay the “Power Supply fee”.

“Being a private transformer, EKEDC cannot force the estate to allow the connection of any member of the estate who has failed to comply with their internal rules guiding connection.

“The Memorandum of Understanding EKEDC has with the estate does not say that connection to power supply can only come through the estate. The MOU simply provided for billing arrangement within the estate,” EKEDC spokesperson Oluwatosin Britto said.

Government should provide basic infrastructure across the country – NIOB

President of the Nigerian Institute of Building (NIOB) Kunle Awobodu, has expressed disappointment that despite the importance of housing to human, its production is faced with multifarious challenges, which affect supply and affordability.

According to him, the lack of primary infrastructure such as roads, water, electricity and others account for about 30 per cent of housing cost.

Awobodu noted that in Nigeria, contractors rely on the government for the provision of infrastructural facilities and services. “When these are missing, the contractors provide this infrastructure and build the cost into the houses they develop and this increases its cost.

“The housing deficit problem is better understood or resolved through addressing inter-connected problems in the housing delivery value chain,” he said, while urging government to provide basic infrastructure across the country.

The Lagos State government, has stepped up efforts to curb the nefarious activities of ‘omo-oniles’ by setting up a Special Taskforce on Land Grabbers to implement the provisions of the state’s Properties Protection Law of 2016.

According to the Terms of Reference, the taskforce operates under the supervision of the Lagos State Attorney General and works towards reducing to the barest minimum, the activities of persons or corporate entities who use force and intimidation to dispossess or prevent any person or entity from acquiring properties legitimately.

However, Permanent Secretary, Lagos State Lands Bureau Bode Agoro, said collaboration from all key stakeholders such as members of the Real Estate Developers Association of Nigeria, Community Leaders and Land Surveyors is required to sanitise the industry.

“This engagement is crucial at this material time as we cannot afford to fold our arms while some dubious persons continue to take advantage of hardworking and responsible Lagosians by selling illegal lands to them.

They must all see these land grabbers or ‘omo-oniles’ as common enemy to the growth of the Real Estate sector and efficient Land Resources management in Lagos,” Agoro said.

He further noted that the ‘omo-onile syndrome’ if not nipped in the bud, could fester and continue to prevent many well-meaning corporate organisations from making investment decisions due to the confusion, anarchy and avoidable conflicts caused by Land Grabbers’ activities.