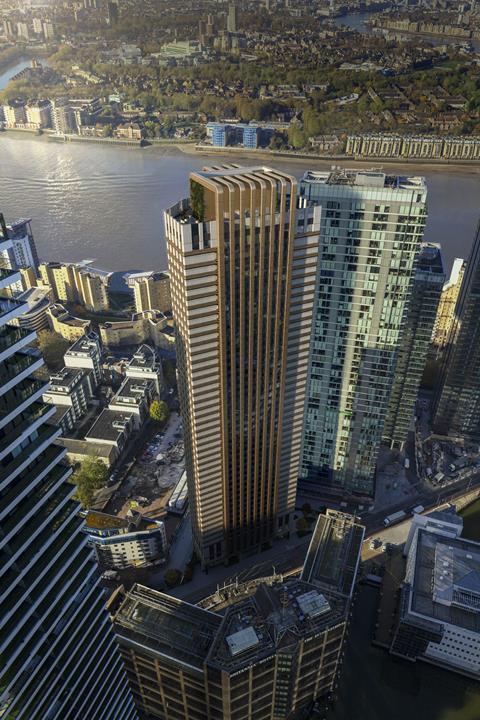 Modular builder and developer Tide Construction has received full approval for plans for a 48-storey student housing tower on the edge of Canary Wharf set to provide 1,068 bed spaces.

Tide said the EPR Architects-designed scheme, which won approval from Tower Hamlets council in April, had now secured final approval from the Greater London Authority for go-ahead, allowing it to press ahead with construction.

The scheme at 30 Marsh Wall, which will rise to 159m in height, is to be built out by Tide’s modular housing sister company Vision Modular Systems.

The scheme is likely to be one of the world’s tallest modular buildings when complete, with Tide and Vision having already secured that accolade for a pair of 38- and 44-storey towers completed in Croydon last year for build to rent operator Greystar.

Tide said the approval increased its development pipeline to more than 3,000 homes under construction. Tide claims its method of modular construction reduces carbon emissions by 45%, cuts construction time in half and results in an 80% reduction in site waste.

The permission comes after a difficult period for the modular sector, following the collapse of two high profile firms, Urban Splash House and Caledonian Modular, and Countryside’s decision to row back on modular production.

John Fleming, chairman of Tide Construction, said the scheme bolstered its portfolio of London projects, and strengthened Tide and Vision’s role in “revolutionising the way in which homes are delivered in the UK”.

“This scheme will further demonstrate the power of modular to deliver buildings of the highest architectural quality with world-leading engineering,” he said. “Tide and Vision Modular will continue to develop and build institutional-grade buildings that confirm volumetric modular as a mainstream method of construction.”

Pascal Wensink, design director of EPR Architects, said: “30 Marsh Wall truly showcases both the sustainability and the flexibility of the Vision Modular System, allowing us to have design freedom while benefitting from the offsite approach.” 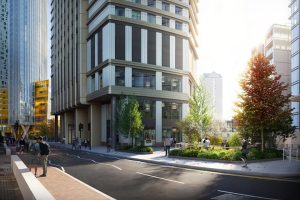