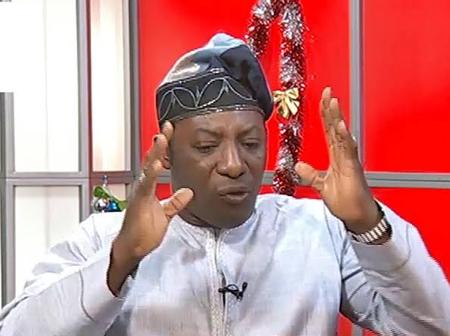 Comrade Razaq Olokoba, renowned activist and Convener of Razaq Kolade Olokoba Political Network Group, has urged Nigerians to maximise support for Babatunde Raji Fashola, Minister of Works and Housing and cooperate with his ministry in the onerous task of nation building entrusted in his care.

Olokoba who made the call in a statement made available to Daily Independent while reviewing an interview conducted for Fashola on national television where he revealed the state of infrastructure in the country under President Muhammadu Buhari’s administration.

He said he was marvelled at the brilliance of Fashola, admitting that, his brilliance has manifested in his superlative performances in any duty he is assigned to handle.

According to Olokoba, what made Fashola spectacular in that interview is how he was analysing facts and figures without holding any script, saying, “the minister was a good personality to behold and there is no doubt that, it is God in His infinite mercy that blessed this administration and the whole country with him.

Citing a couple of instances in the interview that excited him, he said, “it is heart-warming to realise that the much awaited Second Niger Bridge will be open for use by or before December this year, agreeing with the minister that, “that road always witness heavy traffic of human and commercial goods, especially during the Yuletide.”

He said he was full of joy hearing the Minister’s efforts on the just 100-kilometre Ilorin-Jebba road which has been a death trap for decades.

He praised the Minister when he recalled that, traders who used to pass through the hellish of a road sometimes lost their perishable farm products to harsh weather while cattle dealers had lost several heads of cattle which either died or were slaughtered and given out to the neighbourhood communities at a great loss.

He also expressed excitement on the extent of works on the Ogbomosho-Oyo axis that has remained dilapidated for ages, testifying that, “truly, my group had a very smooth ride on that road on our way to Ilorin recently where we held a mega rally in support of the candidates of the All Progressives Congress (APC), in the 2023 election.”

The youth leader, who was also impressed with the level of work on the Lagos-Ibadan expressway said seeing is believing, that the achievements are concrete ones, commended the Minister for adding values to the current administration in terms of standard infrastructure of global standards reminding that, infrastructure development is on President Buhari’s top list of priority.

“It is also gratifying to note that Fashola did not neglect the Housing aspect of his ministry. “it is worthy of mentioning that, the workaholic minister has overrun about 34 out of 36 states of the federation and he is still counting.

“It is also good of him that he is all along considering adequate compensations for property owners whose land and crops are tampered with in the course of making the country better for the citizenry.”