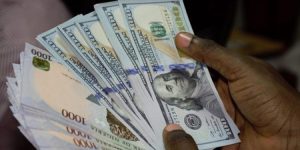 This is as MBAN has advised the new management team of the FMBN to look towards the capital market to, take advantage of its opportunities and grow the financial capacity of the sector.

In a courtesy visit on the new Managing-Director of the FMBN, Mr. Madu Hamman, and his team in Abuja, weekend, MBAN said that the N1 trillion annual target would help the bank and the entire housing sector realise set goals more easily.

The association called for more reviews of the laws guiding operations in the mortgage banking sector in Nigeria.

Speaking during the visit, leader of the visiting team and President of MBAN, Mr. Ebilate Mac-Yoroki, expressed the need for the FMBN to automate the operations of the bank, even as it pleaded that primary mortgage banks are allowed fair opportunities to operate.

He said when FMBN decides to take advantage of the opportunities he said abound for the mortgage sector in the capital market, there would be enough funding to meet the several commitments it has on ground, including payment of dividends.

He demanded that the bank gives some latitudes to other primary banks operating along with it in the sector, including clearing the ambiguities surrounding the ‘single obligor’ policy, allowing them take advantage of the rent-to-own package, as well as giving preference to private mortgage banks to hold mortgage moneys that commercial banks currently hold.

According to him, “I’m a product of the capital market, I want to plead that the Federal Mortgage Bank utilizes all the opportunities we have in the capital market and we have also given you a target because you don’t just come as big men, work without target.

“Government will not give you target, but because we are private sector people, we are saying that from now on, your operational target should be in N1 trillion turnover every year. It means this year we’re already in June, we can accommodate N500 million turnover. That way we know that you will have a lot of money, you can pay dividend and so on.

“We also want to plead that you give optimum opportunities for all PMBs to operate, as many as possible, without compromising standards. If anybody has not committed any crime, maybe he has one or two regulatory issues to address, please try and help them so that we can have enough. So please, we want you to know that every PMP is ready to play in a role in this market is trying to accommodate us.

“The other question is, for us to operate, you must also help us operate at optimal levels. There’s this funny question of single obligor that is being raised in some quarters, we don’t know the meaning of single obligor. Money given to PMBs, they are like brokers, like I’m a stockbroker, I can have hundred billion from somebody to buy stock. If I buy, the commission is my own.

“We want to also say that we’ll work with other stakeholders to see how we can amend the foreclosure law we are in the country. Yesterday we were at the Senate we found out you have a lot of knowledgeable, versatile senators, who are ready to help us review a lot of our laws in the housing sector”, he said.

Responding to the requests and tasks made to his team by MBAN, the Managing Director of FMBN, Madu Hamman, said FMBN took the relationship with MBAN seriously, recalling the history of both bodies.

He, however, assured that the issues raised by the banking association would be given adequate attention, observing that processes had already begun on some of the areas.

“We appreciate the relationship, the partnership, the collaboration we have with MBAN, of course, MBAN is FMBN’s primary partner in the market. The inception of Federal Mortgage Bank Act in 1991 gave rise to the issue of primary mortgage coming in and FMBN assuming the supervisory role.

“So, from inception, it’s the two of us that were supposed to collaborate together. However, when primary mortgage banks came in and NHF started, we noticed that there was a gap and that led to REDAN coming up. So, REDAN became the second child, but you are the first born so, we take relationship with you seriously.

“So, we’ve taken to heart all the issues that have been raised, starting with FMBN processes to be automated. On that, we are happy to say that that is already in progress. The core banking software for the bank is in the process of implementation; first module is life. We’re posting into it, that’s the one that affects FINCORE and treasury. The next module to come up is the credit and NHF, which is the main engine room for our operations. We expect that to come up before the end of June for us to start posting into that”, he said.