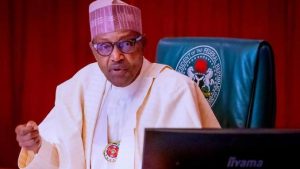 LEADERSHIP reports that for the past 20 years, Nigeria is estimated to have about a 17 million housing deficit.
But speaking yesterday at the soft launch of Expressview Estate Lugbe, a partnership project between Mixta Africa and the Federal Housing Authority (FHA) yesterday, Ashafa, who said there is no actual data of the housing deficit in Nigeria, said the Buhari’s administration has done alot in delivering houses to both the low and the high income earners.

Ashafa said the data of housing deficit in Nigeria don’t always capture unoccupied houses adding that housing projects like the one they have flagged off in Lugbe which is seating on a 1.5 hectare of land where 58 terrex flats would be built are not mostly captured.

The FHA MD who said they have just completed about 300 houses in Zuba for the low income earners, added that a lot of houses have been delivered to Nigerians within a short period of time.

“What the minister of Work and Housing have been saying right from onset, we’ve not been able to come up with a specific figure.
However, look at the project we are embarking on now. Are we counting it? Look at the number of unoccupied houses. Are we counting them?

“If you go round, you will see a lot of unoccupied houses because of the amount of money they have put on them. We know that we have a lot of work to do but the Buhari’s APC administration is doing a lot to ensure that we reduce the number of Housing deficits in the country.

“We must find out the exact number of Housing deficits. Except for Lagos, in all of the states of the federation, federal ministry of works and housing have been able to build some estates.

“It is part of the promise and manifesto of our party and the promise of President Muhammadu Buhari. So, we are not just providing houses on one level. We have three levels in the mass housing that we must cater for them.

“We have the lower, middle income earners and this protection is for the upper income earners. They are Nigerians too. You can’t expect someone who is earning N30, 000 to buy a house of N25 million. That’s why I mentioned Zuba too where we have houses for the low income earners. We are not asking you to bring the money at once, we have a mortgage bank that can take care of people’s deposits. Three months ago, I went to Kebbi. People who could not afford to have houses, thanks to the federal mortgage bank, they now have houses. We are not done yet, we will get there. Ashafa said.

Also speaking, the managing director of the FHA Mortgage Bank, Hayatudeen Awwal, said the partnership with Mixta Africa will transform the Expressview Estate in Lugbe.

“Any development in Lugbe along the road, is for the Federal Housing Authority. Lugbe belongs to the federal housing authority. We delivered Gwarinpa, Karu, Maitama, Asokoro, Kubwa Estates and now we are here

“The entire project will be funded to deliver Houses with ease. We carefully selected the partners. We would have commissioned the project but the mask on the plot of land delayed the process,”Awwal said.

The country director, Mixta Africa, Sade Hughes, said they have been leading the development of Africa adding that they decided to expand their business to Abuja with partnership with FHA Mortgage Bank.

Also, the executive director, legal, Ugochukwu Ndubuisi said the partnership was a welcome development as Mixta Africa takes pride in building communities.
“We have built properties in Lagos and Port Harcourt and now, we are in Abuja and we will use the Expressview Estate project in Lugbe to showcase our capability. We will complete this project on time and move to other ones,” Ndubuisi said.