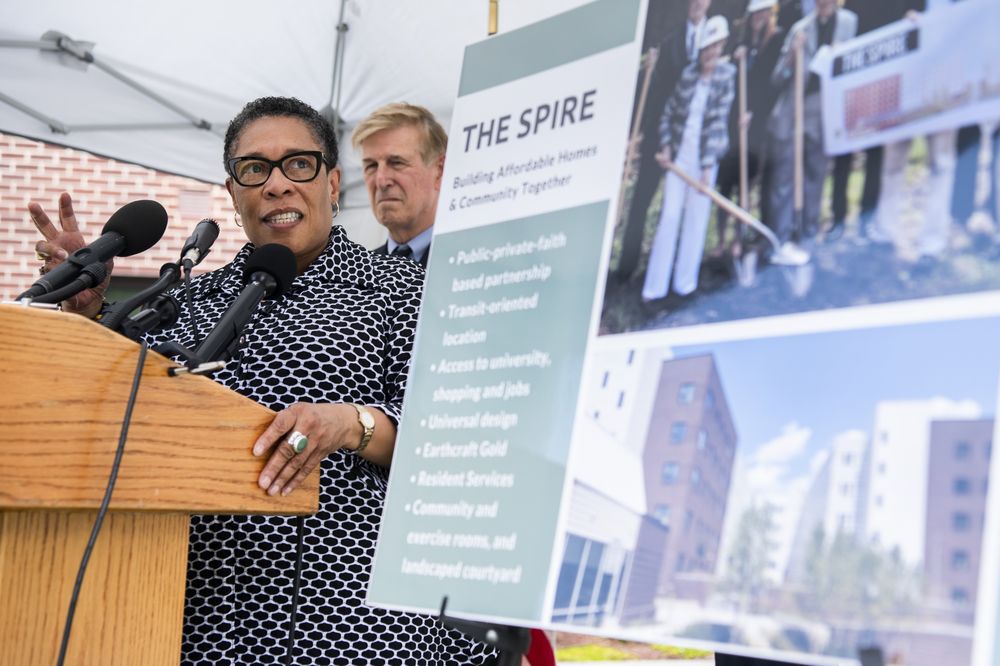 A new Urban Institute study examined low-income housing in Alexandria, Virginia, to look for new answers to an age-old question.

In September 2020, the city council of Alexandria, Virginia, met to discuss whether to move forward with an affordable housing project. On a few acres in the city’s residential West End neighborhood, a developer proposed to build townhouses and condos priced for first-time homebuyers, with a few units reserved for adults with intellectual and developmental disabilities.

Neighbors who lived in the single-family homes nearby showed up to the meeting, and they had questions. One of the biggest: What would happen to their property values?

Concerns about what happens to the property values of existing residents when affordable housing is built nearby are a common feature of battles over new housing in U.S. cities. But this time, Alexandria’s director of housing, Helen McIlvaine, decided to look for some Alexandria-specific answers.

“We said, we get this question all the time when affordable housing is proposed and it dies away as these beautiful projects materialize and become part of the neighborhood fabric,” she said. “But we’ll study it and share the results.”

She enlisted Christina Stacy, a principal research associate in the Metropolitan Housing and Communities Policy Center at the Urban Institute and a volunteer member of the city’s Alexandria Housing Development Corporation. Stacy’s goal: to find out what the impact of Alexandria’s decades of investment in affordable housing had been on property values in the historic Virginia city just south of D.C.

What she found, after an analysis using Zillow data between 2000 and 2020, and controlling for overall market trends, was that the only significant change was in the positive direction. Homes located within a typical block of the affordable housing developments saw property values increase, on average, by a small but still significant 0.9%.

“I think the point here is that it’s not a negative impact,” said Stacy. She stresses that the analysis doesn’t prove the relationship is causal, only correlated. But it adds another finding to the growing body of research on what adding housing for lower-income people does to the community around it. “There’s so much evidence about the positive impacts of affordable housing: on reducing homelessness, lifting people out of poverty, improving health outcomes, improving long-term outcomes for kids… There are so many benefits.”

The link between affordable housing construction and property values has been studied before, with mixed results. A look at federally subsidized rental housing in New York City, conducted by researchers from New York University’s Furman Center for Real Estate and Urban Policy, showed that property values were typically not depressed by nearby affordable projects. “In fact,” researchers wrote, they “led to increases in many cases.”

Another study, from Stanford Graduate School of Business researchers in 2017, looked at properties built with Low Income Housing Tax Credits in 129 counties, most of them in California and New England. They found that the low-income housing developments were associated with nearby home value increases of 6.5% when located in lower-income neighborhoods, and home value declines of 2.5% in higher-income neighborhoods. Less variable was the impact on crime: Low-income areas saw violent and property crime decline, and higher-income areas saw no increase.

Alexandria, an affluent city of about 160,000 just south of Washington, D.C., offered a new landscape upon which to test this theory. Its historic district full of colonial-era buildings hugs the Potomac River; elsewhere you’ll find an increasingly urbanized downtown with office and apartment towers. According to the latest Department of Housing and Urban Development figures, its area median income is over $140,000, and Zillow puts its typical home value at $634,239. As in nearby D.C., housing costs are surging upward: Rents have jumped 13% since last year.

To build out more housing affordable for residents across the income scale, including its workforce, McIlvaine says the city has been trying to increase the number of units not only at 60% of the median income, but at 40% and 50%. To that end, the housing department has cultivated relationships with affordable housing developers, providing pre-development loans and applying for Low Income Housing Tax Credits. With a robust public comment process — which brings out supportive and skeptical residents alike — McIlvaine says the projects that get approved, funded and built are typically ones that fit in with existing housing, including the traditional architecture the city is known for.

There’s The Spire, a 113-unit apartment building with a brick facade that opened in March 2021 for residents between 30% and 60% of the area median income, and Lacy Court Apartments, with 44 garden-style apartments dating back to the 1950s. “If you were to drive with me through the city, you would not necessarily be able to pick out what are the affordable housing buildings,” said McIlvaine, “because the goal is that they fit seamlessly in with the context of their area and their neighborhood.”

That approach may help explain why affordable housing tends to increase property values there. “The general emphasis on inclusion and equity in the city and these close partnerships with all these partners is what we think might be driving the positive results that we see,” said Stacy. “We’ve heard from other cities who say they don’t feel like they have that, and they’re not as happy with their affordable housing.”

But the point of building affordable housing, as Stacy noted, is not to boost property values for neighboring homeowners: It’s to get more people safely housed.

The proposed West End development in Alexandria was approved before the study was released; after the city and developer secure the rest of the funding, they expect to break ground this year and start selling units a year from now.

“I think the study is important. But I also think, you know, the proof is in the pudding,” said McIlvaine. “And when people have the chance to see this beautiful development when it’s finished, and all the things they were worried about don’t happen, I think that they will be happy to see it replicated again.”