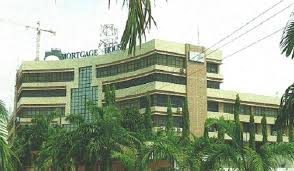 The newly-inaugurated executive management team of Federal Mortgage Bank of Nigeria (FMBN) said that it would recapitalise from the current N5 billion to N500 billion.

This, he said, will help provide a robust financial foundation for expanding FMBN’s capacity to enhance access to affordable housing for Nigerians.

Speaking during the unveiling of  the new management’s strategy  during a Townhall Staff Meeting in Abuja, the  Managing Director/Chief Executive of the bank, Mr Madu Hamman, said that if the recapitalisation was not done it would be difficult for the bank to move forward.

“We will re-energise the pursuance of our recapitalisation agenda. Without this it will be very difficult for FMBN to move forward. Right now, our N5 billion capital base is that of a State Primary Institution. That cannot hold. So, it is going to be on a front-burner for the new Executive Management. The same thing with our two FMBN Enabling Laws.  That is the National Housing Fund Act and the Federal Mortgage Bank of Nigeria (FMBN) Act some of which provisions have become obsolete,” he said.

The MD sought the co-operation of FMBN staff and urged them to work hard as a team toward meeting set goals.

“In executing most of these endeavours, the most critical factor is our ability to work together as a team…”