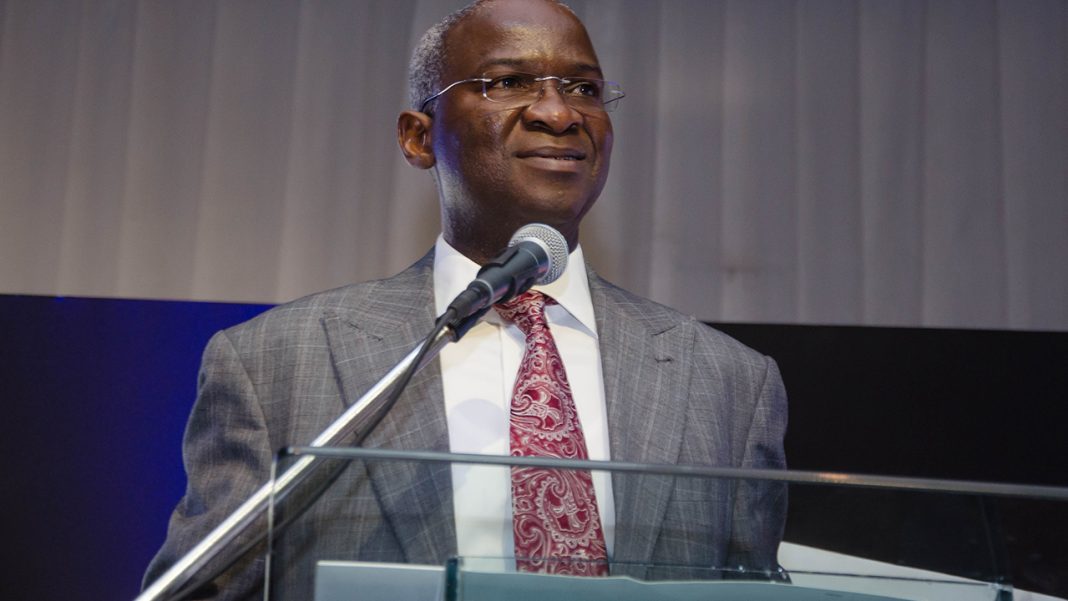 • Mortgage firm pledges affordable houses for low-income earners
The Federal Government has called the newly inaugurated board members of the Federal Mortgage Bank of Nigeria (FMBN) to complete over 200,000 housing units under the Ministerial Pilot Housing Scheme.

Minister of Works and Housing, Mr. Babatunde Fashola, who stated this when inaugurating the bank’s board in Abuja, urged them to provide mortgage banking services to Nigerians.

Fashola cited Section 5 of the Act establishing the bank, which states that it shall provide long-term credit facilities to mortgage institutions at such rates and such terms as may be determined by the board in accordance with government policy.

“We expect the management and board to bring to a lawful end all other ventures into which the bank has dabbled into, which are not supported by law. This has become the important starting point and the bank must be re-positioned.”

The minister, explained that this was the reason they brought in bankers with work experience to manage the institution. He urged them to comply with Central Bank of Nigeria (CBN) regulatory obligations.

Others are Abimbola (South West), representing Federal Ministry of Works and Housing), Mrs. Ejezie Sandra Nkechi (South East), representing the public, while two representatives of CBN are yet to be appointed.

Speaking on the occasion, Madu pledged to carry out its mandate and deliver houses for citizens.

He also promised programmes that will re-position the bank as well as restore the 40 years old institution to the part of growth.

MEANWHILE, a mortgage firm, Cooperative Mortgage Bank (CMB) has reiterated its commitment to the provision of quality and affordable houses to co¬operative societies, which have low-income earners as members.

The project, code named: “Group Save for Shelter,” targets cooperative societies in every sector of the economy who are consistent with payments of as low as N2, 000 for an initial period of one to three months.

Speaking with journalists in Ibadan, the Managing Director/Chief Executive Officer of the bank, Musa Abubakar Yusuf, emphasised that it was essential for cooperative societies to benefit from the collective special housing initiative.

He said the money had to be utilised. ”As our name implies, we deal with cooperatives. We believe they are well structured and have some money in commercial banks, which they have not fully utilised,” Yusuf said.