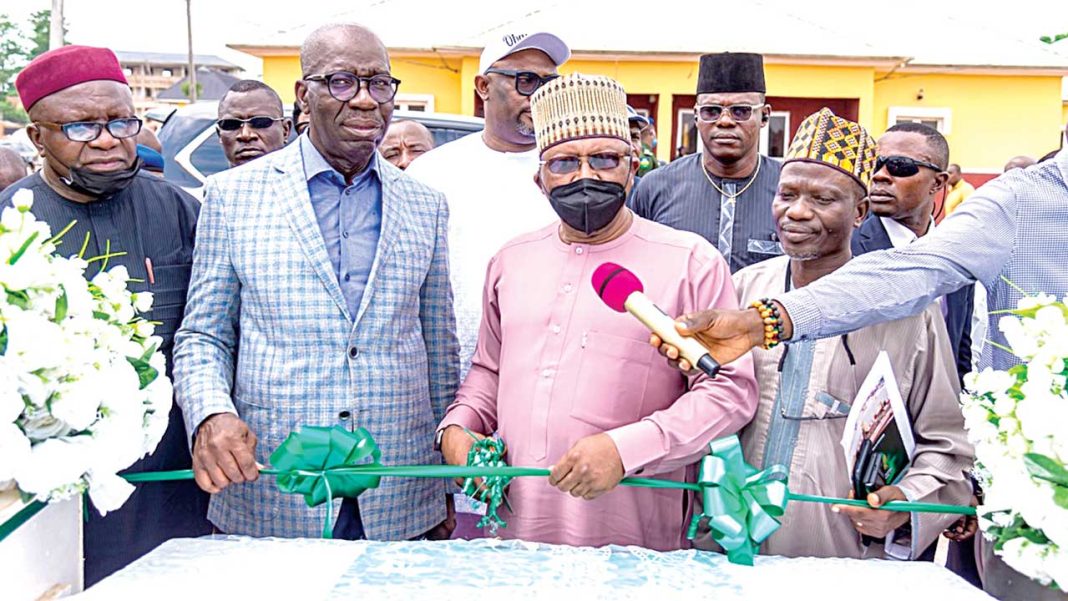 The Federal and the Edo state governments have commissioned a 68-unit housing scheme under the National Housing Programme (NHP) Phase 1, in Uhunmwonde council of Edo State.

Speaking at the unveiling, Edo state Governor, Mr. Godwin Obaseki, called for increased collaboration between the state, Federal Government and other stakeholders in addressing the housing deficit in the country.

The governor said: “As the National Bureau of Statistics has shown, we have over 20 million housing deficit in Nigeria, which means that very many Nigerians are living without proper shelter. The World Bank recommends at least a million homes yearly to bridge this gap. But due to limited resources and economic challenges, it is difficult for us to attain this goal. It is very important to encourage all partners, particularly the Federal Government, that collaboration is key. While we congratulate them and appreciate what they have done, we are saying that the road ahead is very long.”

The governor said there was need to increase the pace of housing construction by changing the strategy, adding that 65 units of housing after nine years of construction will not solve the housing problem.

Obaseki said: “We need to do more and as a state, we are going to collaborate with the Federal Government to achieve the desired goals. While considering the gains of this project, it’s pertinent to note and underscore the need to develop other aspects of the housing industry that will help us move at a faster pace and one of them is mortgage.

“Unless we introduce a virile, realistic and affordable mortgage arrangement, we will not be able to develop housing. For us in Edo, we are very committed to housing projects. As we speak, we have about four projects which we are working on.”

He affirmed that the government was prepared to work with all partners, including the Federal Government and communities to make sure issue of housing development is taken seriously.

“We would like to collaborate with the Federal Government. We hope that the next phase will not be developed the way this one has been developed. We have more land, so we shouldn’t be doing housing like this on four hectares. We have more land to give to you; we also understand some of the challenges you faced, but those challenges can be overcome. We need to collaborate closely,” he said.

The governor observed that the dream of the Federal Government to tackle her housing deficit will be best accomplished with a closer working collaboration with states to jointly build houses for Nigerians at the rate, which the country needs to build.

Addressing the gathering, Buhari, who was represented by the Minister of Health, Dr. Osagie Ehanire, lauded the state government for providing the land and host community for their cooperation in ensuring the project is completed timely.

Buhari said: “This is a benefit of inter-government collaboration despite the political divide. This is one of the first phases of the several phases of the Federal Government housing projects since 2016.”