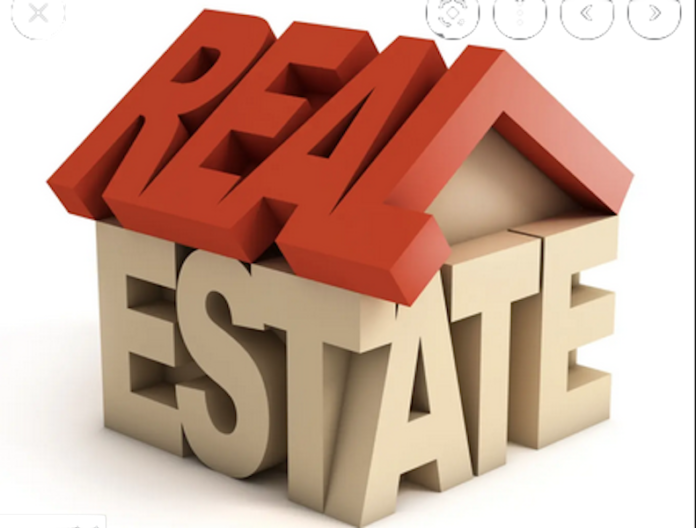 stakeholders of Rainbow Push Coalition-Nigeria and the Real Estate Developers Association of Nigeria are currently at loggerheads over the Real Estate Regulatory Commission bill. While citing their worries in a petition to the House of Representatives, the coalition also proposed a common ground for healthy operations

Since the introduction of the Real Estate Regulatory Commission bill last year, stakeholders of Rainbow Push Coalition-Nigeria, a non-governmental organisation interested in governance issues, and other stakeholders in real estate development sector in Nigeriaand the Real Estate Developers Association of Nigeria (REDAN), a body registered under the laws of the federation as an incorporated trustee, have since been in a thug of war over the bill.

In a statement and petition made available to THISDAY on Monday, the coalition lamented that “REDAN has promoted a bill for the establishment of a Real Estate Regulatory Commission which has been passed by the Senate and sent to the House of Representatives for concurrence”.

According to Rainbow-Push Coalition Nigeria, before the passage of the bill, they approached the leadership of REDAN to allow them to weigh the content and make inputs where necessary.

This, notwithstanding, their demand was met with mixed reactions. The members bemoaned, “We have not been carried along even as full members of the association.” Although they conceded that they were given the draft upon request, they alleged that they were denied ample time to make input.

In their reaction, they further engaged other like-minded stakeholders to critically assess the bill and make corrections where they deem imperative. “While we are not in any way opposed to any regulation that would help make our industry better, we believe that the bill in its current form does not represent the best interests of the key stakeholders i.e., developers,” the statement read thus.
According to the NGO, their dismissal of the bill is its complete lack of stakeholder engagement, accusing REDAN of not carrying the membership along in decision making, despite parading as the umbrella body of all real estate developers.

“The association is never present or heard in fighting for the interests of its members especially in the face of rising costs of building materials, bureaucratic bottlenecks and other challenges facing members.

“The focus and composition of the leadership is skewed disproportionately towards Mass Housing Developers who do not understand and are unwilling to work with other players in the real estate sector. The industry of course is bigger than Mass Housing and it includes Commercial Developments, Luxury Housing, Student Housing among others,” they listed.
The concerned body noted that these different sub sectors cannot be painted with one brush and given a one size-fit-all solution based on the experience of “largely unsuccessful Mass Housing developers based in Abuja”.

On the legal issues, the real estate members disclosed that their team of lawyers have scrutinised the bill and have come with robust responses and alternatives. There are many areas where the proposed bill clashes with existing laws of the federation, not least the land use act.

Some of its objections highlighted in the letter included “Our clients are shocked that SB.540 as passed by the Senate contain very worrisome powers and role purportedly created by proposed legislation for a private stakeholder whose members also are competitors in the Estate Development industry.

It further challenged that Clause 4(f) also gives the Council the power to register and license all real estate developers in Nigeria through the institutional guidelines of REDAN; Clause 4 (j) gives the Council the power to monitor, investigate and Sanction registered and licensed Real Estate Developers that violate the Bill through REDAN; Clause 4(v) provides that the Council shall prescribe fees, fines and charges to be paid as recommended by REDAN.

Accordingly, the coalition held strongly that the real estate industry is already well policed by the anti-money laundering agencies, whose laws do not need to be repackaged in another bill to be effective. Adding, it says, “REDAN keeps using this as an excuse as if the laws are not passed and in force already.

“One of the cornerstones of the proposed bill is that the public is being scammed by developers. While this may be so, and it is not something unique to Real Estate, there are government agencies set up to deal with financial crimes (EFCC)”.
They further insisted that the National Executive Council (NEC) of REDAN, which champions the cause of enacting the law, is unlawfully constituted.

“REDAN has no governing body and the NEC is not approved by the general meeting of members of REDAN,” adding that that association is not empowered by its constitution to execute any of the acts named in the bill.
In its legal opinion, the members brush off the bill further, “This Bill is not to the best interest of real estate development in Nigeria and as such should not see the light of the day.”
For the Coalition, it is pertinent to note further that council is generally created by law to regulate professionals or persons seeking to join such professions.

While conceding that the Real Estate Industry is not a profession nor an industry restricted to a specific set of persons, the aggrieved members described it as a business venture where any interested persons may opt to delve into through investment.

They also frowned at the creation of a council to regulate activities of Real Estate  as a wrong move, pointing out that Real Estate business is a convergence of experts from different professions such as Engineering, Architecture, Building, Quantity Survey among others.
Another highlight was that the professions are already regulated by their councils and professional bodies, thus, no need for the council.

Looking at the entirety of the Bill, particularly the functions of the Council, the Rainbow-Push Coalition Nigeria lamented that it is evident the bill has nothing new which is not currently covered by already existing laws.

If passed, they cautioned further that the bill would amount to multiplication of laws and eventually lead to overlapping and conflict of duties and functions.

“Assuming without conceding that the bill as a whole is not in contravention to the above, a comprehensive study of the bill reveals so many irregularities, unfairness, unconstitutional cities and so on,” says the concerned members.

While they expressed readiness for constructive engagements as a headway to resolving the internal crisis currently rocking the association, they emphasised their stand not to succumb to “cheap blackmail by REDAN in their blind pursuit of power and spoils of office”.
They further reminded the association of their right both as members of REDAN and as Nigerians to have their say in any legislation that materially affects their business.