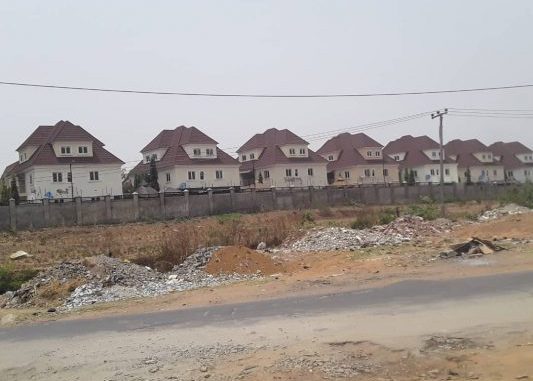 THE Independent Corrupt Practices and related Offences Commission (ICPC) has said it would intensify its ongoing probe of completed but unoccupied housing estates across the country in a bid to address Illicit Financial Flows (IFFs).

Director of Asset Tracing, Recovery and Management (ATRM) Adedayo Kayode disclosed this at the opening of a two-day capacity building workshop for investigators, prosecutors and tax inspectors on IFFs.

The workshop was organised by the ICPC in collaboration with Ford Foundation.

Presenting a paper titled ‘Illicit Financial Flows in Real Estate’, Kayode identified the continuation of ongoing investigation of completed but unoccupied estates across the federation as a solution to the menace.

The ICPC spokesperson, Azuka Ogugua, in a statement, quoted the director as saying: “The ICPC, in accordance with its mandate to curb corruption, is currently investigating cases of completed but abandoned estates scattered around the Federal Capital Territory (FCT) to identify those that are instruments of IFFs.

“Furthermore, we are collaborating with the National Assembly to investigate, study and promulgate appropriate legislation to stem the tide of corruption in the real estate sector.

“We need a coordinated and concerted approach to fight IFFs – the law enforcement agencies need continuous investment in capacity building to trace and follow the money. There is need for investigation of breaches of the beneficial ownership rule and data availability and intelligence sharing.”

Kayode listed other solutions to include sanctions on landholding without development after a prescribed number of years; enforcement and compliance of investigation of capital gain tax on real estate transactions; strengthening of international cooperation on the investigation of cross-border real estate purchase transactions; full implementation of beneficial ownership regulation and regulation of foreign exchange trade and movement.

The director lauded the Federal Government’s efforts in the recent SIM-NIN linkage and deactivation of non-compliant subscribers as a good step in the right direction.

“Launderers of illicit wealth in the Nigerian real estate sector often engage in cash purchases, which are done through the use of foreign exchange, often procured from bureau de changes (BDCs); often, after purchase, the property titles are not changed to reflect the new ownership,” Kayode stated.

In his remarks ICPC chairman Bolaji Owasanoye condemned the impact of corruption, IFFs and tax evasion on the economy, observing that it had hampered national development.

“Undocumented flights of wealth to and from – as well as within a country – have severe repercussions on government revenues, wealth that could otherwise be invested in public spending and other forms of economic and social reforms,” Owasonoye said.