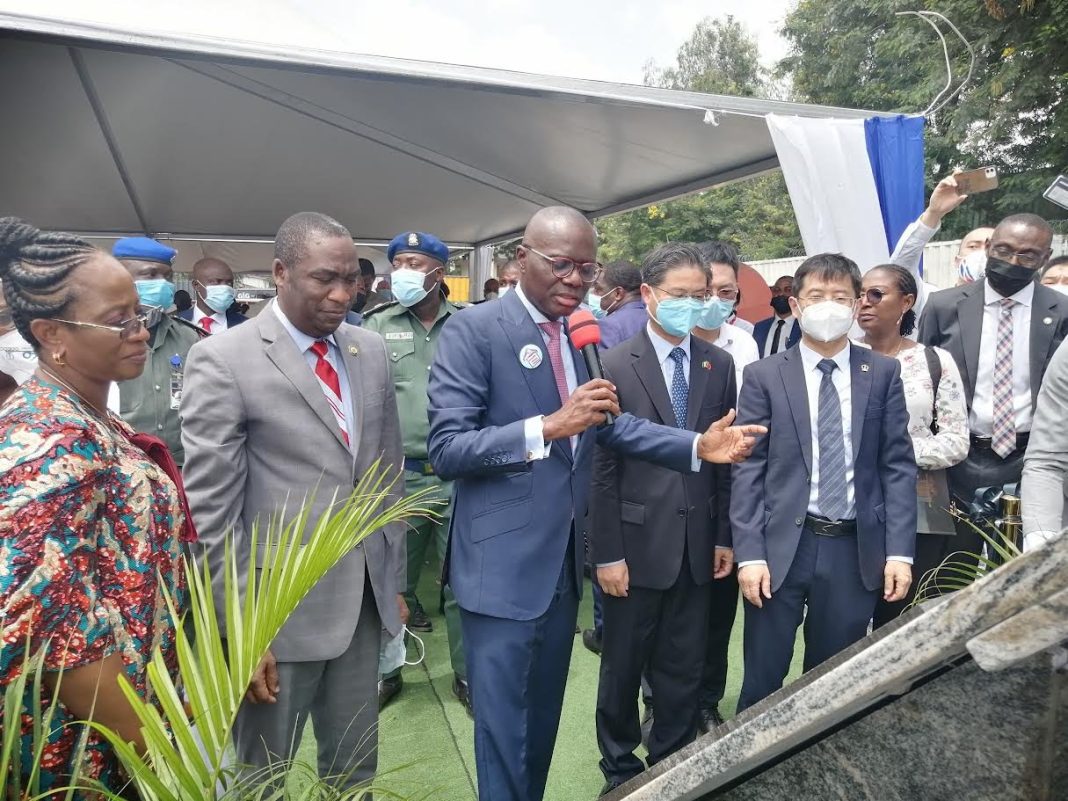 With widening housing deficit, the recent incursion of China Civil Engineering Construction Corporation into real estate saw the company unveil its luxury 21- storey apartment tower in Ikoyi to the delight of the Lagos State government, who also charged the construction giant to partner the state in extending to low income housing

“As you’re doing this at the high end area, we will also secure land for you, so that you can meet other spectrums of needs for medium and low-income earners. It is not only Ikoyi people you should be building for, but for people in Alimosho, Agege, Ikorodu and all other places.

“We know that the population of Lagos is growing and we can’t provide all facilities alone as a government, we need to partner with China and rely on your technology.”

The above statement was recently made by Governor Babajide Sanwo-Olu at the unveiling of a 21- storey luxury apartment tower in Alexander Road, Ikoyi, Lagos.

According to information made available to THISDAY, the tower will occupy a land area of 5, 000 square meters with the total construction area of 22, 356 square meters. This will house facilities like meeting rooms, squash court,  gymnasium, underground garage and of course, swimming pool.

At the groundbreaking and foundation laying ceremony,  Governor Sanwo-Olu, who was accompanied by his deputy, Dr. Femi Hamzat, harped on synergy and cooperation among Nigerians and CCECC Group in developing the state, especially in delivering quality infrastructure of international standard.

Addressing the crowd including the Consulate General of People’s Republic of China in Lagos, Chum Maoming;  Chairman, CCECC, Jiang Yigao;  Managing Director, CCECC Real Estate Company Limited, Jimmy Zhong, the governor said: “We are here to show solidarity and support with you in this project. We, as a government, have commissioned and handed over houses to Lagosians. So, when we see those doing same thing in Lagos, we support them.

“We believe it will not be an abandoned project. I learnt that the project will be completed in two years.

“When we see partners like CCECC trying to improve the housing needs of our citizens, the least we can do is to encourage them, support and believe that it would further deepen partnership between Nigeria and the Republic of China.”

Stressing on the structural integrity of the building, Sanwo-Olu said he believes it would not be compromised.

While commending the company’s management for the decision to establish its presence in Lagos, he also urged them to build for low income earners, adding that his government would look for land for them to build houses for low-income earners in such places as Alimosho and Mushin.

Also speaking, Maoming, who  congratulated the construction company for the milestone, noted that the Chinese government is ready to include Nigeria in its $10 billion credit facility.

He said: “Lagos State is not only your home but the homes of the local Chinese community in Nigeria. I congratulate CCECC for planning to build these apartments. At the eighth Forum on China-Africa Cooperation (FOCAC) ministerial meeting that took place in Dakar, Senegal, I said that in the next three years, Chinese companies will be making an investment of $10 billion in Africa.

“China will provide credit facilities to every financial institution in the next three years. China is ready to channel its resources to African countries and Nigeria.”

Meanwhile, Zhong pledged that the company would focus on quality in the real estate business, adding that “we have provisions to employ the Lagos workers during construction activities. The skilled foreman and project manager will be Chinese to guarantee quality, but all other workers and technicians will be locals in Lagos”.

Explaining that the Grand Panorama was just an extension of the real estate investment arm of the construction company, Zhong disclosed that already the company started housing development in the Lekki area along the Lekki-Epe expressway that is already completed and fully occupied.

Stressing that the development in Ikoyi was the effort of the company to do more in housing, he also noted that the challenge thrown up by the governor was well accepted as it will provide the company an opportunity to spread its tentacles further.

He said: “You can see that we are not a portfolio company that steps into Nigeria and out. We have invested in facilities that are enduring and would do more in the years to come.

“Regarding the quality of the multi-floor Grand Panorama, we promise to give it the best quality and finishing. We would use our best engineers in the construction and deploy Nigerian workers as part of our efforts to create job opportunities for the people of Nigeria who are our partners in progress.”