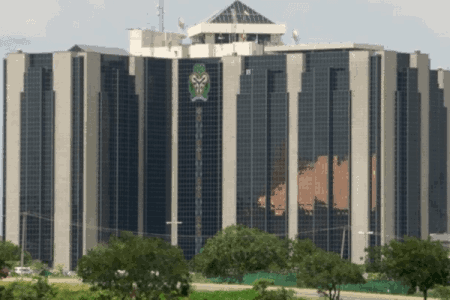 Development financing is one of the requirements for sustainable economic growth in any economy, according to the Central Bank of Nigeria (CBN).

The supply of finance to various sectors of the economy will promote the growth of the economy in a holistic manner and this; will make development, welfare improvement proceed at a faster rate.

Consequently, the CBN development finance initiatives involve the formulation and implementation of various policies, innovation of appropriate products and creation of an enabling environment for financial institutions to deliver services in an effective, efficient and sustainable manner.

The initiatives are mainly targeted at the agricultural sector, rural development and micro, small and medium enterprises.

In view of this, the bankers committee in December last year agreed to support the CBN in developing the infrastructure of the country, and reducing the level of infrastructure deficits.

This followed the realisation that there is increasing limited fiscal space to fund capital projects particularly infrastructural projects.

“With the decline in revenues due to the federal and state government as a result of reduced receipts from the sale of crude oil, alternative ways of funding infrastructure are critical if we are to ensure sustained growth of our economy. As we are all aware, the cost of logistics is often seen as a significant impediment to the growth of businesses in the country,” Godwin Emefiele, governor of the CBN said in November 2021.

In recognition of the role improved infrastructure could play in the development of the economy, along with the need to leverage private sector capital in funding the over 35 Trillion deficit, which is the estimated amount required to build an efficient infrastructure ecosystem in Nigeria, the CBN working in partnership with critical stakeholders such as the Nigerian Sovereign Investment Authority (NSIA) and African Finance Corporation (AFC) set up Infracorp. Infracorp is expected to raise over N15 trillion to support investment in critical infrastructure in Nigeria.

So far, N1 trillion has been provided as seed funds by the promoters to support the operations of Infracorp, four fund managers have been appointed and a management team has been selected to run and manage Infracorp.

Infracorp is expected to set the standard template that will help in enabling greater private sector funding for public infrastructure projects in Nigeria.

In order to lessen the suffering of motorists and residents who ply or live in the Apapa axis, Emefiele said the newly established Infraco, chaired by the CBN would engage with the Lagos State and the Federal Government on congestion of traffic in the area.

He disclosed this early in this month during an inspection of projects at Lagos free zone, being promoted by Tolaram Group.

During the tour, Haresh Aswani, Chief Executive Officer for Africa, Tolaram Group, said $2.1b has been committed into the project covering 850 hectares, adding that 300 hectares (or 35 per cent) would be developed before the end of 2024.

He explained that about 70 per cent of the project is reserved for industries while 20 per cent and 10 per cent are for logistics and real estate respectively. The company said an estimated $6b is to be spent in the project development in the next 10 years, during which many companies are expected to take off.

We will be engaging the Lagos State government as well as the Federal Government to see what can be done, not just about evacuating, but evacuation out of Lagos,” Emefiele said.

“The entire idea is that with this Lagos free zone port, we should be able to see a total decongestion of Apapa and Tin Can port purely from the standpoint that it would take the traffic away from Apapa. And we are also afraid that the only single road that we have, which is the Lagos-Epe-Lekki road, is already congested with traffic, and is going to worsen even with Dangote’s refinery,” he said.

Emefiele said N100 billion from CBN intervention under the Differentiated Cash Reserves Requirement (D-CRR) or through the Commercial Agriculture Credit Guarantee loan has been injected to the Tolaram group, a holding company headquartered in Singapore with diversified business interests in consumer goods, fintech, infrastructure and industrials.

In his presentation on “Infrastructure, Economic Diversification And Price Stability”, at the just concluded seminar for Finance Correspondents and business editors, organised by the CBN in Akure, Ondo State, Ken Ife, development Consultant and lead consultant, industry and private sector development, ECOWAS Commission, said the infrastructure deficiency places a huge burden on businesses, thus moving Nigeria from the lowest ‘official tax’ to the highest ‘implicit tax’ in Africa.

The infrastructure is so critical to foreign investment flow; for wealth creation, employment generation and sustainable poverty reduction, hence the urgent need to leverage private sector in PPP models.

On the railway network, he said there is no functional fully connected National Rail Network. The last laying of new tracks by the Colonial Masters was in 1927. The investment required runs into tens of billions of USD. Currently, China seems to be reneging on the funding, and also seem reluctant to offer concessionary loans because of legacy issues, notwithstanding on-going concerns on contract clauses that amount to ‘waiver of sovereign immunity’.

Looking at aviation, Ife noted that Nigeria has just upgraded four International Aviation Terminals costing around $400m, has 32 Airports, 26 of which is managed by Federal Airports Authority of Nigeria (FAAN). South Africa has 90 Airports; Egypt has 486 Airports, 123 of which have scheduled commercial flights and Brazil has 4,023 Airports.

As part of its long-term strategy for strengthening the Nigerian economy, the Central Bank established specific initiatives to resolve the underlying factors acting as challenges to long-term GDP growth and economic productivity. Measures were deployed to increase credit allocations to pivotal productive sectors of the economy at reasonable interest rates. This is with a view to diversifying the base of the economy, stimulating output, creating jobs and significantly reducing import bills.

“Further to our conviction that the banking sector must pay attention to providing long-term finance for infrastructure development in the country, InfraCorp has been established by the Central Bank in partnership with African Finance Corporation and the Nigerian Sovereign Investment Authority. InfraCorp would enable the use of mostly private capital to support infrastructure investment that will have a multiplier effect on growth across critical sectors,” the CBN governor said