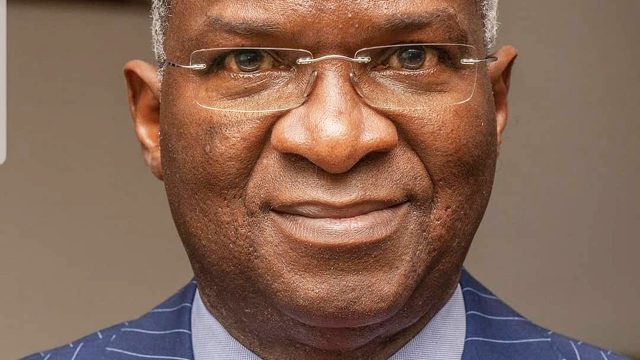 Minister of Works and Housing, Babatunde Fashola, said, yesterday, the Federal Government had intervened in road networks in 46 tertiary federal institutions by the end of 2021.

Fashola said this in Ukana in Essien Udim Council of Akwa Ibom during the inauguration and handing over of 1.1km internal road constructed by the Federal Government to the Federal Polytechnic, Ukana.

The minister, who was represented by Kayode Akinwande, Federal Controller of Works, in Akwa Ibom, said a gradual process of repairs, renewal and construction on major highways was steadily bridging the infrastructure needs of tertiary institutions and it has now reached the schools.

He said: “We have successfully intervened in the internal road networks of 46 tertiary federal institutions and handed over 29 as at 2021 and we now have another 17 ready to be handed over while we are currently attending to 30 roads in similar institutions across the country, making a total of 76.

“While it is true that a lot of work needs to be done in many sectors of our national life, including education, the Buhari government has stepped up to lead the process of getting that work done.”

The rector of the polytechnic, Dr. Uduak Ukekpe, commended the minister for the road, saying it would impact the quality of education in the institution.

He said: “Needless to stress that this road intervention was very timely and has added great value to the polytechnic, being a relatively new school established by the Federal Government in June 2014. We are not taking this for granted because this intervention has addressed the road infrastructure deficit in a new institution like ours.”