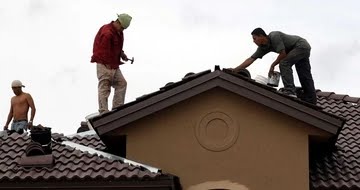 Mortgage rates are climbing, and that has put downward pressure on homebuilder stocks.

The S&P 500 Homebuilding Index has lost about 20% during 2022, but Jefferies advised against dumping them.”We would argue that investors should not be ultra-ruthless in discarding the US homebuilders,” according to a Tuesday note.

Pricier borrowing costs for mortgages have put pressure on shares of US homebuilders, but solid fundamentals for the housing market should make investors think carefully about exiting the highly interest-rate sensitive sector, Jefferies said Tuesday.

The average rate on a 30-year fixed mortgage surpassed 4% last week for the first time since 2019 as the Federal Reserve began raising its benchmark rate to combat hot inflation. The mortgage rate has also climbed by 100 basis points, or one percentage point, since December.

“There has undoubtedly been an influence of higher rates,” including the 7.2% drop in February existing home sales, said Sean Darby, global equity strategist at Jefferies, in a research note. “Nevertheless, the backdrop for housing is still rooted in solid fundamentals,” which include strong demand, a growing backlog of orders, and net earnings upgrades.

So far this year, the S&P Homebuilders index has tumbled about 20%. Shares of D.R. Horton, the largest homebuilder in the US, and those of its competitor Lennarhave each lost more than 20%. Shares of PulteGroup and NVR, which runs construction firm Ryan Homes as well as mortgage lending operations, have each lost roughly 17%.

“There is little doubt that housing is in the wrong quadrant for asset allocation as the cycle moves through a bear steepening,” said Darby. “However, there needs to be some care in ditching an investment which is attractively priced, but the investment model recommends should be shunned. We would argue that investors should not be ultra-ruthless in discarding the US homebuilders for four reasons.”

Household formation remains firm and total housing inventory is near record-lows, while inventories are at about 1.7 months’ of sales, he added. Also, the National Association of Home Builders’ gauge of prospective buyers is near record-highs, and, lastly, homebuilders’ confidence is close to the zenith.

“With mortgage rates now climbing to ~4.25%, we are cognizant that demand will start to shrink – presumably that is why the stocks are trading below 1x price-to-sales,” said Darby, noting that Jefferies sees the 10-year Treasury yield reaching 2.5% by the end of 2022.

“We would use 2.9% treasury yield as a stop loss. At around this level, real mortgage borrowing costs would be positive based on current wage growth.”