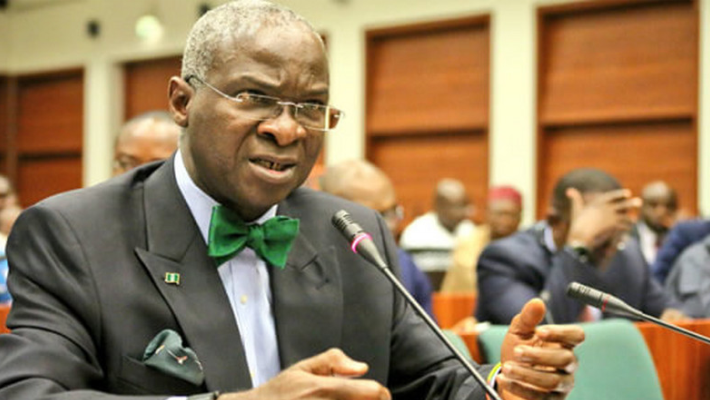 The Federal Government says it will carry out the enumeration of empty houses across the country as part of measures to tackle the housing shortage.

The Minister for Public Works and Housing, Mr. Babatunde Fashola, had this to say, while answering questions during a town hall meeting in Abuja on Saturday.

According to him, the ministry has asked the National Population Commission to assist it in carrying out the task, while the national population census is being carried out.

“Last week or two weeks ago, I asked the National Population Commission, as they are about to embark on a census in the country, to help us collect data on Nigeria‘s housing needs.

“What kind of houses do they find in homes, whether owned or rented. If it is rented, they want to buy or they want to rent, let’s build a body of data under the census exercise.

“Because we will list the houses so that we can have a more precise need of the Nigerians. I have copied that letter to collaborative ministries, including planning and budgeting.

“So I hope they will help us in the next census,” Fashola said.

Fashola said he was also hiring some consultants in his ministry to sample data on empty houses.

He said this would be done to address housing access concerns “we also see a lot of empty houses unoccupied, how many are there and why are they empty.”

Speaking about the workers benefiting from the National Housing Plan, Fashola said that an agreement was reached with the workers to allocate 10 percent of the houses to the workers.

“We have an agreement with the unions that 10 percent of the National Housing Project will be for them, but for them to do so they still have to go to the housing portal.

“Because we have created a portal on the web, people who are interested in acquiring the national housing program in the 34 states, go to the ministry’s website.

“There you have the national housing portal, you download the form, you have to fill out a form, show your identity card, prove that you are a taxpayer and process the form online.

“We have eliminated the process where people sell forms with human interference.”

The minister said that they have many problems related to the housing sector, so the portal helped reduce such problems and unnecessary accusations from the public related to the sale of forms.

He said that the ministry was also collaborating with the Head of Service under the FISH program where workers contribute to the national housing fund for the housing renovation project under the policy of the federal mortgage bank.

According to him, this is also a way to ensure that workers have access to the national housing program there the housing deficit.